The Pioneer Of Work From Home Business: Robby Blanchard Teaches Us How To Be Successful From Home

The Pioneer Of Work From Home Business: Robby Blanchard Teaches Us How To Be Successful From Home

NEW YORK, NY / ACCESSWIRE / May 22, 2020 / The new world that we live in during the coronavirus age has put a new emphasis on teleworking or working from home. It is also a time when people are struggling to make ends meet due to new financial burdens, layoffs from work, and or reduced hours. Robby Blanchard has made a career out of working from home that can help people adjust to this new time. 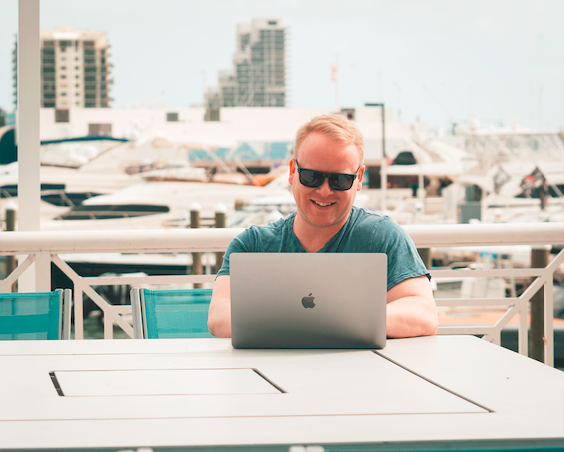 "I have a program called Commission Hero which currently has helped over 5000 people from all over the world with no prior experience make money online in the comfort of their own homes. It's my passion in life to help as many people have success online and I live by the motto of ‘in order to get what you want in life, help as many people as possible get what they want in life.'" States Robby.

Robby started his business from very humble beginnings. He was running his own gym and not making enough money to afford to pay for necessary items like food and rent. He knew he needed to make a change in life and wanted to do something different with himself.

"Five years ago I was just a struggling gym owner with no online business and only enough money to pay for groceries or my bills, not both. It was then I decided that I wanted more out of life and I knew that having an online business would be the only way to make that happen. I saved as much money and took the leap and went to an event on how to start an online business and that was when I was introduced to affiliate marketing and Clickbank." Recalls Robby.

It is from this event that Robby was launched into success. He discovered Clickbank and soon became their most successful sales agent by promoting their platform as an affiliate. He was inspired to help others achieve the same level of success that he has from the comfort of their homes. This would allow them to escape the difficult life of a 9 to 5 job.

"Since that event I have gone on to become the official #1 Clickbank Affiliate in the world having done as much as $1.2 million in a single month. After becoming the #1 affiliate in the world, I now have a program called Commission Hero where I teach people how to make money online at home." Says Robby.

Robby's career has taken off. He went from being a person who could barely make ends meet to the best Clickbank affiliate in the world. Though he now earns millions of dollars, Robby hopes to be seen as someone who still retains the humility of where he came from. He knows, more than most people, what it is like to struggle.

"When I first got into the online industry, nobody paid attention to me and many of the "big names" wouldn't give me the time of day. Everyone was focused on email marketing when I started online. I had to work hard and push to get my own success and taught myself how to run facebook ads. It was slow going at first but through running Facebook ads for affiliate offers, I was able to carve out my piece of the industry. Now the same people who ignored me are the ones that reach out to me to help them with their business. I'm a big believer in staying humble and never forgetting where you come from, no matter how successful you become. My students and followers always tell me they appreciate how genuine I am and they always say that with me they get the feeling that I really want them to succeed, which of course I do. It is my passion to help people achieve the same success that I have. Even when I was just a gym owner my philosophy has always been that in order to get what you want in life, you need to be passionate about helping as many people get what they want in life. That's the most important thing." Robby explains.

Robby hopes to continue his work in the future and expand his classes to reach more people. Now, more than ever before, his online teaching is crucial to helping people break out of their financial holes. If you would like to learn more about Robby and how you can have success online and at home, you can check out his website www.commissionhero.com/training.