VANCOUVER, BC / ACCESSWIRE / May 15, 2020 / MGX Minerals Inc. ("MGX" or the "Company") (CSE:XMG)(FKT:1MG)(OTC:MGXMF) is pleased to announce an agreement with Dykes Geologic Systems Inc. for over 1,000 digital data files and drawings covering the Heino-Money gold deposit and Tillicum Claims, including, excel spreadsheets of all the data, drill holes, assays, surveys, underground workings and assays, trenches, topography, geology and 3D model, as well as sections and plans through the deposit and original scans of documents. The Company will pay $42,500 CDN to the Vendor comprised of $7,500 in cash and 500,000 shares at a deemed price of $0.07. See British Columbia MINFILE 082FNW234 for detailed information regarding the deposit and claims. 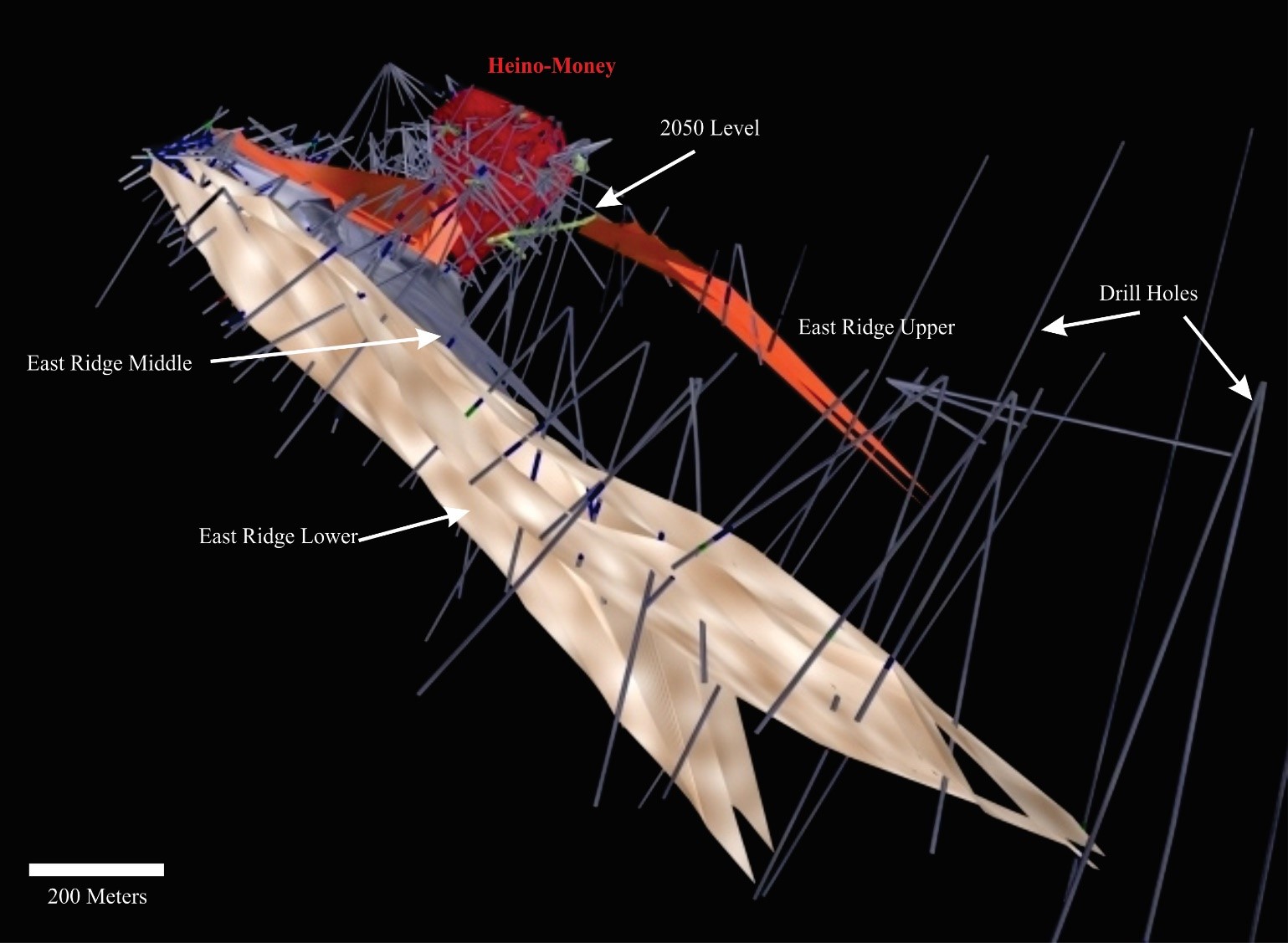 The property contains several mineralized zones with various amounts of work on each: soil geochemistry, geological mapping, trenching, diamond drilling and underground development and sampling. By far, the majority of work was concentrated in two areas: Heino-Money and East Ridge Zones. In addition, are the Grizzley, Annie Flats and Silver Queen Occurrences (MINFILE 082FNW220).

The East Ridge zone is 300 metres east of the Heino-Money zone. Gold mineralization occurs in a blanket-like zone that straddles the contact between porphyritic diorite and meta-arkose, quartzite, siltstone and minor argillite. The gold-bearing, near-vertical calc-silicate skarn structures occur within a 9.1 to 24.3- metre zone that strikes northeast and dips 70 degrees northwest. The skarn structures have widths that vary from 1.5 to 4.6 metres, but average 2.1 metres. The East Ridge zone has been traced by drilling for 1100 metres along strike and 365 metres down-dip at an average width of 1.5 metres. The East Ridge zone is comprised of two parallel upper skarn structures 0.9 to 1.5 metres thick and a lower skarn structure. Gold occurs in randomly distributed high- grade pockets separated by areas of lower grade material. Within the zone, gold-bearing sulphide mineralization consists of pyrrhotite, pyrite-marcasite, arsenopyrite, chalcopyrite, sphalerite, galena and native gold with traces

In 1989, Esperanza Explorations Ltd wrote a summary of the mineralization on the Heino-Money Zone (Property File 825275, Roberts, 1989):

The gold mineralization is contained in a near vertical skarn structure which averages about six feet in width and which, to date, has been delineated over a strike length of about 600 feet and a vertical extent of 300 feet. The mineralized zone remains open both on strike and to depth.

In 1993, Bethlehem Resources Corporation and Goldnev Resources Inc. optioned the property and

obtained a permit for an underground mining operation. Mining commenced in mid-August of that yearand was completed in late October. A total of 29,009m of surface and 3,865m of underground drilling for a total of 376 holes. In addition, underground development consisting of 1,374m in the Heino-Money zone and 410m in the East Ridge zone was completed. 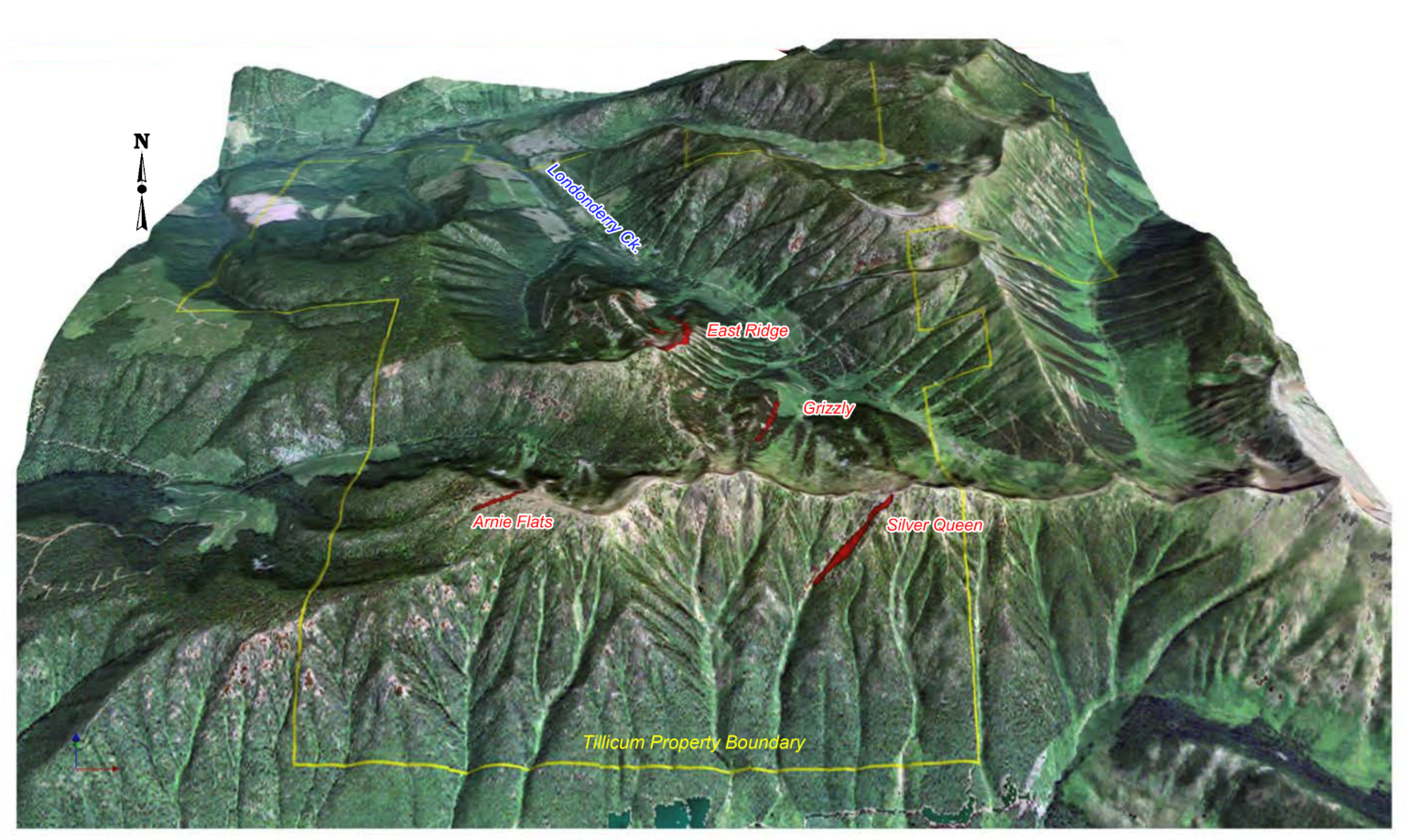 The Company will complete a N.I. 43-101 Technical Report within 45 days and will seek to verify data and previous work. All work prior to the implementation of N.I. 43-101 was completed by qualified professionals of their day and is believed to be accurate. The Company is currently seeking final exchange and corporate approvals.

Andris Kikauka (P. Geo.), Vice President of Exploration for MGX Minerals, has prepared, reviewed and approved the scientific and technical information in this press release. Mr. Kikauka is a non-independent Qualified Person within the meaning of National Instrument 43-101 Standards.

MGX Minerals invests in commodity and technology companies and projects focusing on battery and energy mass storage technology, extraction of minerals from fluids, and exploration for battery metals, industrial minerals, and precious metals.