Insomniac Records' Las Vegas EDC Music Festival is dubbed #Rave-A-Thon and will feature dozens of EDM's most popular and up and coming artists during a 3 day livestream event May 15th-17th broadcast on Insomniac's website.

LOS ANGELES, CA / ACCESSWIRE / May 14, 2020 / Insomniac Events' EDC Festival has been dance music's largest live event for the past several years. In light of the issues facing live events due to COVID-19, this year's EDC Las Vegas festival, dubbed #Rave-A-Thon, will be hosted virtually. LA based DJ and Producer "Figment" was selected to share the virtual stage out of more than 800 artists as part of Insomniac Record's "Discovery Project." Fans can tune in to stream and vote for your favorite new artists online May 15th, 16th and 17th, 2020 from 6PM to 2AM PST.

To livestream the event for free, interact online, and vote for your favorite performances, visit tv.insomniac.com 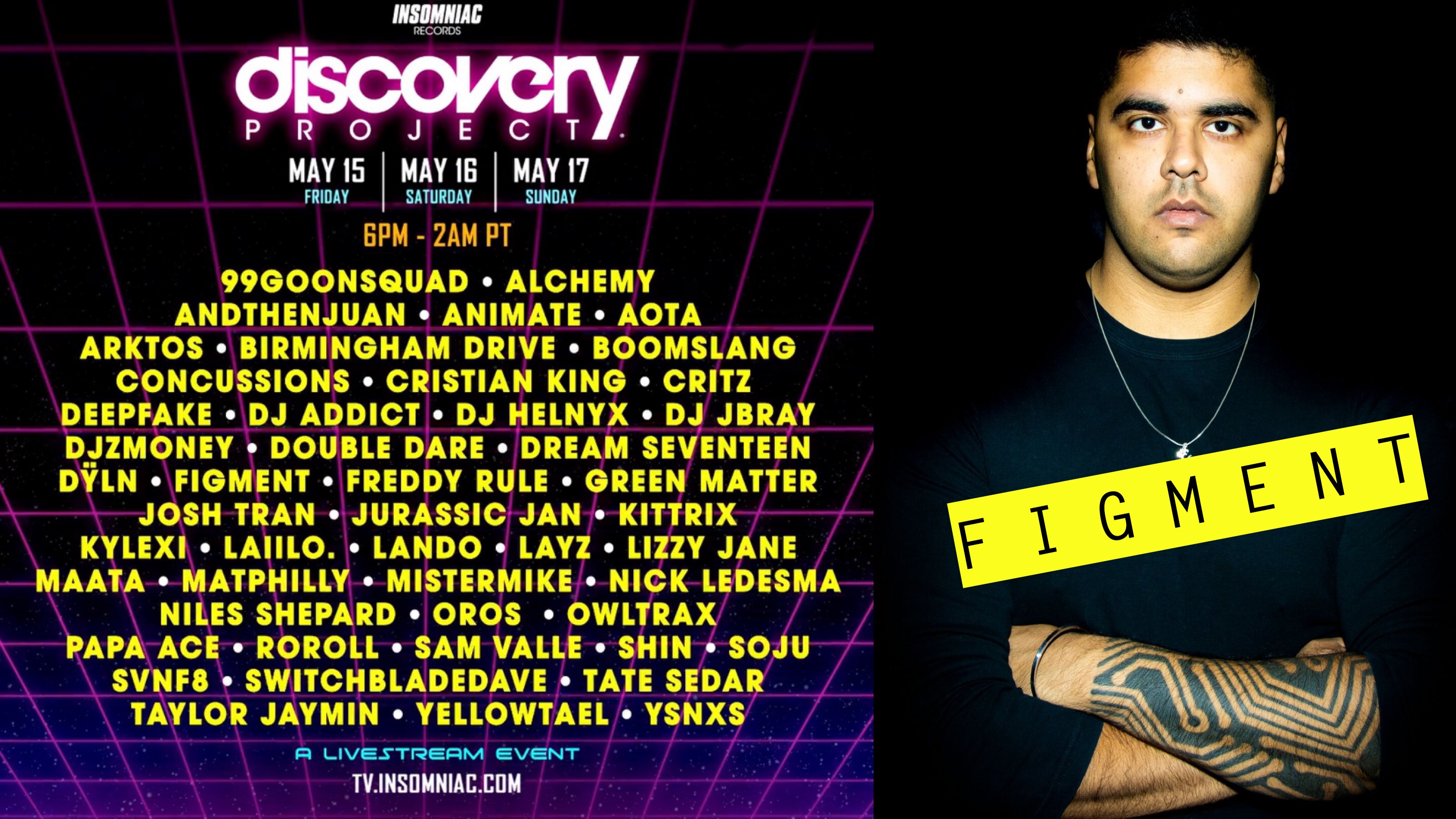 As a spokesperson noted, one of the most anticipated additions to this year's lineup is the rapidly rising Los Angeles based producer who goes by the name Figment. Earlier this year, Figment began releasing The Not Figment Podcast, which has been downloaded in dozens of countries and features tracks that are historically significant to the genre as well as original music. Soon after the release of the first episodes, Figment was listed in BuzzFeed as one of the "Upcoming Techno Producers To Watch in 2020."

Figment is no stranger to collaborations with Insomniac having played several live events for them in the past including opening for Sasha, Loco Dice and Grammy nominated musical act Camelphat. However, a spokesperson for Figment said, "this will be his largest audience of a real festival crowd that his sound is made for. Figment is the exact kind of US-based techno artist that music festival crowds will need. Techno is on the rise and Figment's unique sound will cement itself through exposure at festivals like this."

Insomniac records founder Pasquale Rotella will host the live event. Rotella and the Insomniac Records team have established a reputation for giving emerging artists a platform to showcase their talents. As part of the event, Insomniac will give up-and-coming producers and performers exposure to their massive international audience as part of the Insomniac Discovery Project. Figment was hand selected to perform out of more than 800 artists that submitted.

"I'm not trying to follow trends or create any buzzwords or hype, I'm just trying to play the music that I think should be made and heard" said Figment.

Last year, the festival attracted nearly half a million attendees in person. More than one million viewers are expected to tune into the event, which will be available for fans to stream in more than 100 countries. Claude VonStroke, Zhu, i_o, Nicole Moudaber and Lee Foss are just some of the eagerly anticipated acts that will be headlining the event. Viewers will be able to interact and engage with the live show, as well as vote for their favorite performances. As part of the Discovery Project, the emerging artist who receives the most votes will have a chance to perform an opening set for a future #Rave-A-Thon live event.

Insomniac Events' #Rave-A-Thon is a 3-day online music festival which will take place May 15th, 16th and 17th 2020 and be available to stream for free in more than 100 countries on Insomniac's website. Insomniac's Discovery Project, featuring Figment, will begin each day at 6PM and allow viewers to vote for their favorite performances from up and coming artists. To stream the event and cast your vote, visit https://tv.insomniac.com

The Not Figment Podcast
[email protected]