This Korean Cafe Explains Why You’ve Been Doing #dalgonacoffee Wrong

This Korean Cafe Explains Why You’ve Been Doing #dalgonacoffee Wrong

Dalgona is an old-school Korean confectionary that first saw popularity decades before the viral challenge. Here's the scoop, from Seoul's Cafe Cha

SEONGDONG-GU, SEOUL / ACCESSWIRE / May 1, 2020 / While there have been millions of Google searches for "dalgona coffee" in recent weeks, few outside of Korea know that the resulting photos of whipped drinks made of just sugar, water, and instant java have very little to do with dalgona itself.

In fact, dalgona is a Korean word that refers to an old-school honeycomb sugar confectionary that became popular and adored by children in the 1960s after the Korean War.

While still hot after being cooked, it appears fluffy - not unlike whipped cream, before being poured into moulds and hardened into candy. The dessert, similar to toffee, is known for the unforgettable combination of saccharine sweetness and a slight bitter aftertaste.

Beyond the viral challenge that first made it a common utterance in March 2020, the closest thing to real "dalgona coffee" is being served out of a trendy Korean milk tea bar called Cafe Cha. The cafe has gained a loyal following of its own since 2019 and, in just a few short months, has grown into 6 locations, including one in upscale Aoyama, Tokyo, to meet the growing demand for its original dalgona-inspired recipes.

Kyoung-soo of the cafe's popularity. "As children, we queued up at the street stalls and ate the sticky toffee on sticks whenever we could afford it after school. If we ate cleanly around the shape, we would win a free one!"

f oodie sensation, thanks to its minimal interior design and innovative recipes, both unmistakably crafted to the Instagram era. K-pop stars like Serri from Dal Shabet, as well as fashion and food influencers, join the daily lines to get their fill of dalgona-inspired drinks and freshly baked scones before they're sold out.

The cafe's signature dalgona milk tea is prepared by an unusual brewing method: crushed assam black tea leaves are subjected to high temperatures in a special teaspresso machine, extracting a maximum amount of concentrated tea in under a minute. The richly-flavoured tea is combined with milk and topped with crushed dalgona. Customers are encouraged to wait 5 to 10 minutes before sipping, leaving time for the dalgona to melt, thereby sweetening the drink naturally.

Meanwhile, the cafe's signature dalgona latte is a freshly-poured latte topped with crunchy, flavourful dalgona that can be scooped, or melted into the drink to create an unforgettable taste.

Freshly baked scones also get the K-style dalgona treatment: the light and fluffy dalgona scones are coated with the hot candy before it hardens into a crunchy, sweet layer.

Thanks to the #dalgonacoffeechallenge that has taken the internet by storm, Cafe Cha is seeing renewed interest in dalgona outside of Korea, and welcomes the chance to introduce this traditional treat to the world.

"One of the reasons #dalgonacoffeechallenge went viral was because it only requires three ingredients that everyone can pull out of their pantries during quarantine," Hong says. "Dalgona is actually quite hard to make at home without burning it! We challenge you to make the real honeycomb toffee dalgona at home!" 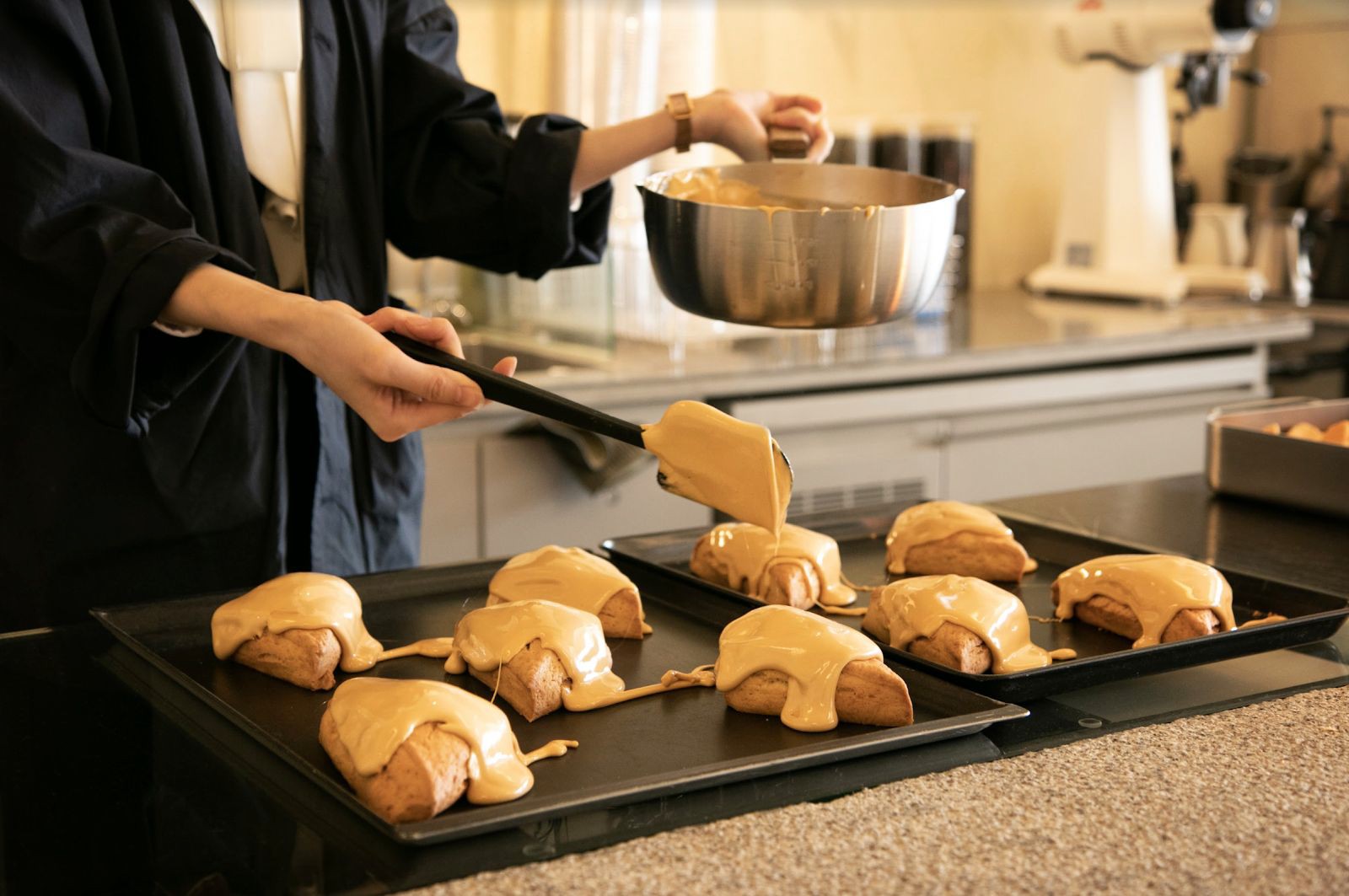 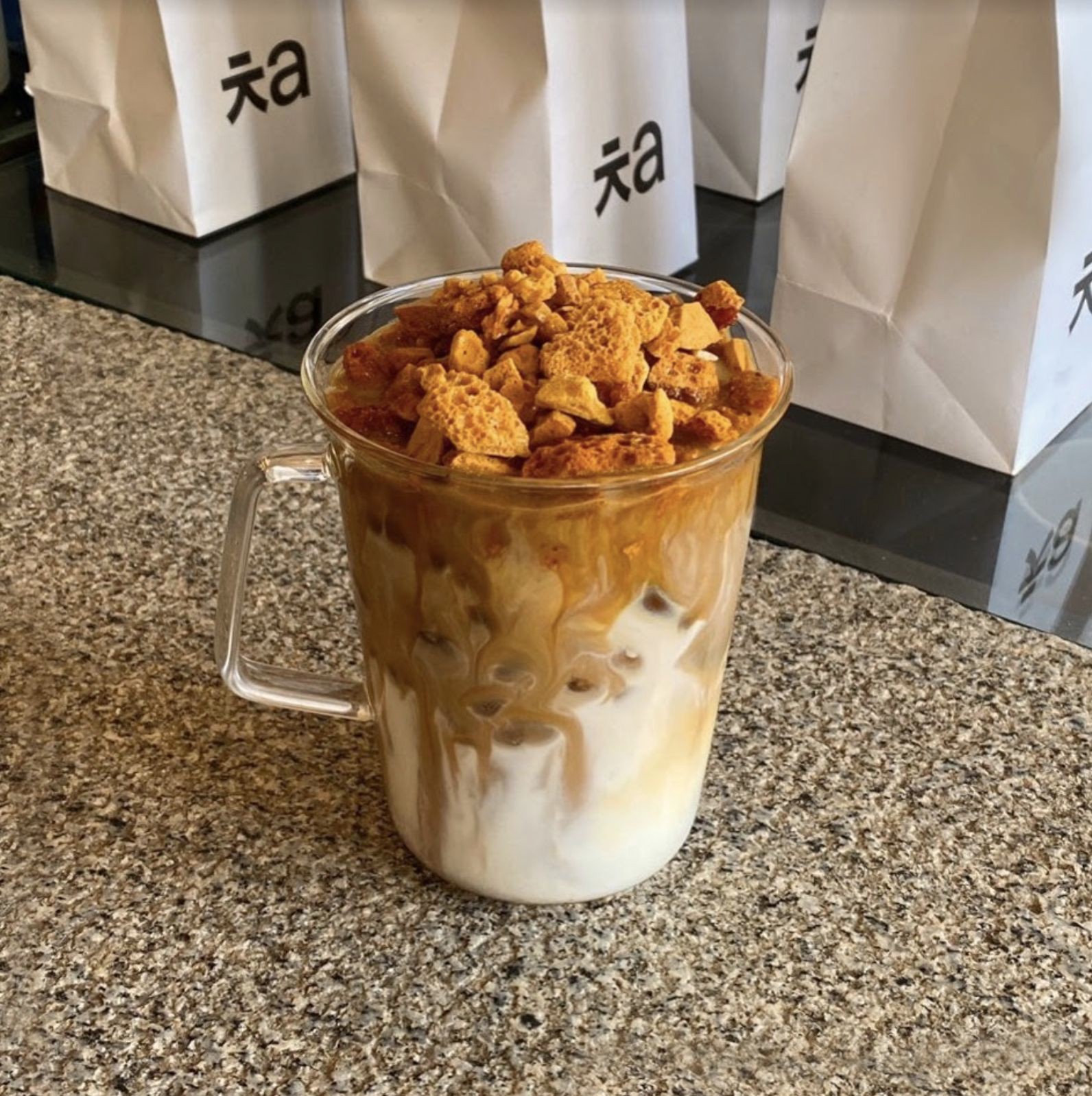 Cafe Cha has taken this traditional Korean street candy and incorporated it into its milk teas and lattes. Dalgona sweetens the drinks as it melts. 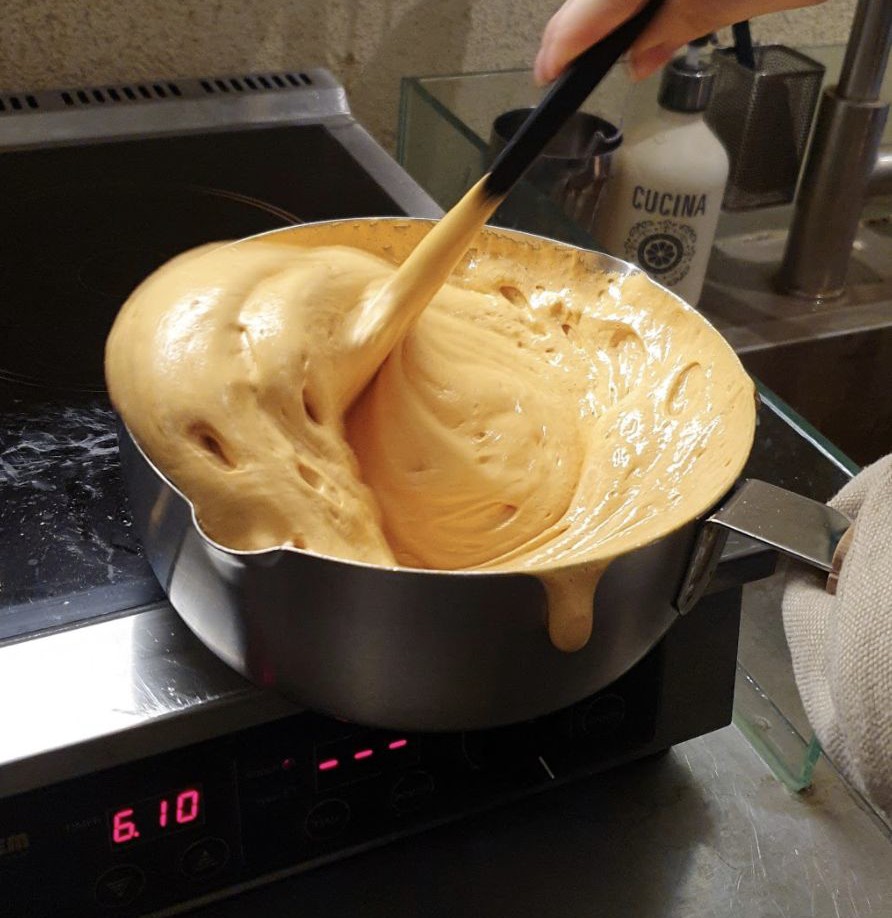 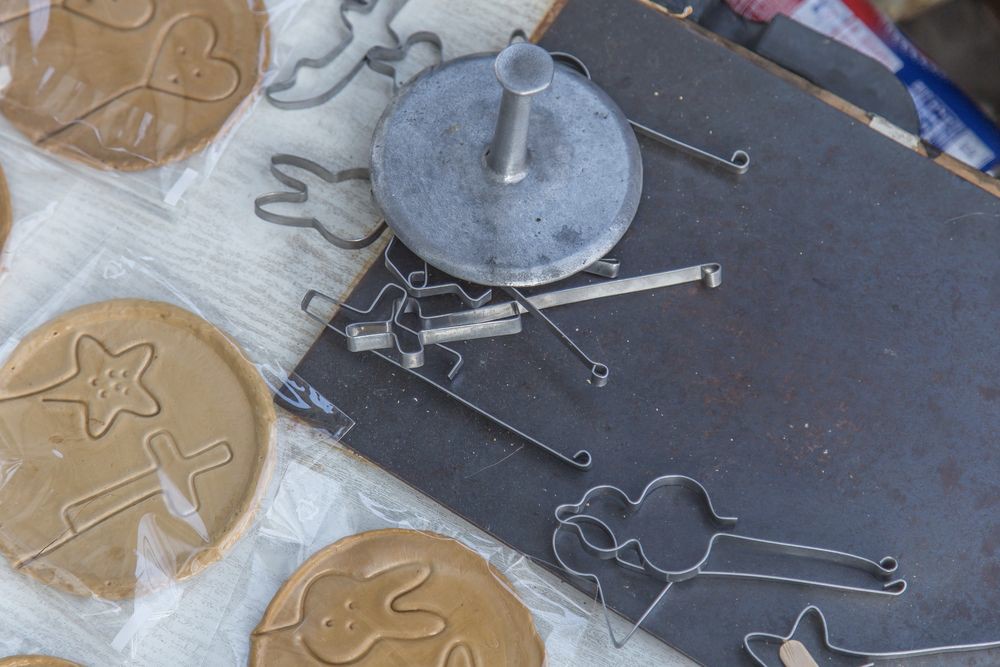 Cafe CHA is redefining cafe culture with an unmistakably "Seoul-ful" touch: the milk tea bar specializes in dalgona, a traditional honeycomb toffee candy that was made popular in Korea following the war. Its first location in the hip neighborhood of Seongsu-dong (often called "the Brooklyn of Korea") has welcomed daily crowds waiting to taste its offerings of dalgona milk tea, dalgona latte, and dalgona scones, since its opening in September of 2019, prompting an immediate expansion into five more locations.

The cafe plans to continue innovating its menu with familiar Korean flavours, bringing the best of their culture to dessert aficionados around the world.