On Thursday , April 23, President Trump signed an executive order temporarily suspending immigration into the United States. This order limits the entry of aliens seeking permanent residency placing a 60-day hold on the issuance of green cards.

"Although the President of the United States has a lot of authority over immigration, the power of the President is not unlimited," stated Sandoval. "If the administration were to attempt a power grab of this magnitude it would be far beyond anything that has ever been attempted or contemplated in our lifetime," he added.

According to a recent article published by the Associated Press, an administration official stated Americans seeking to bring immediate family will still be able to do so.

The President also indicated that the executive order will have some exceptions. Those exempt from this order include any lawful permanent resident, the spouses of US citizens, children of US citizens under 21 years of age, any US Armed Forces member, their spouse and children and individuals seeking to enter the country on an immigrant visa as a healthcare professional or medical researcher working to combat the coronavirus.

"The legality of this order most likely will be challenged in court, just as other prior unlawful actions were challenged in the past," added Sandoval.

The American Immigration Lawyers Association published a document (see below) to further explain what the order means and separate facts from fiction. The main misconception addressed is that there will be a complete halt on all immigration into the United States. AILA reinforces that, although the order may extend beyond the 60 days and there may be additional orders, presently it only affects those seeking permanent residency. 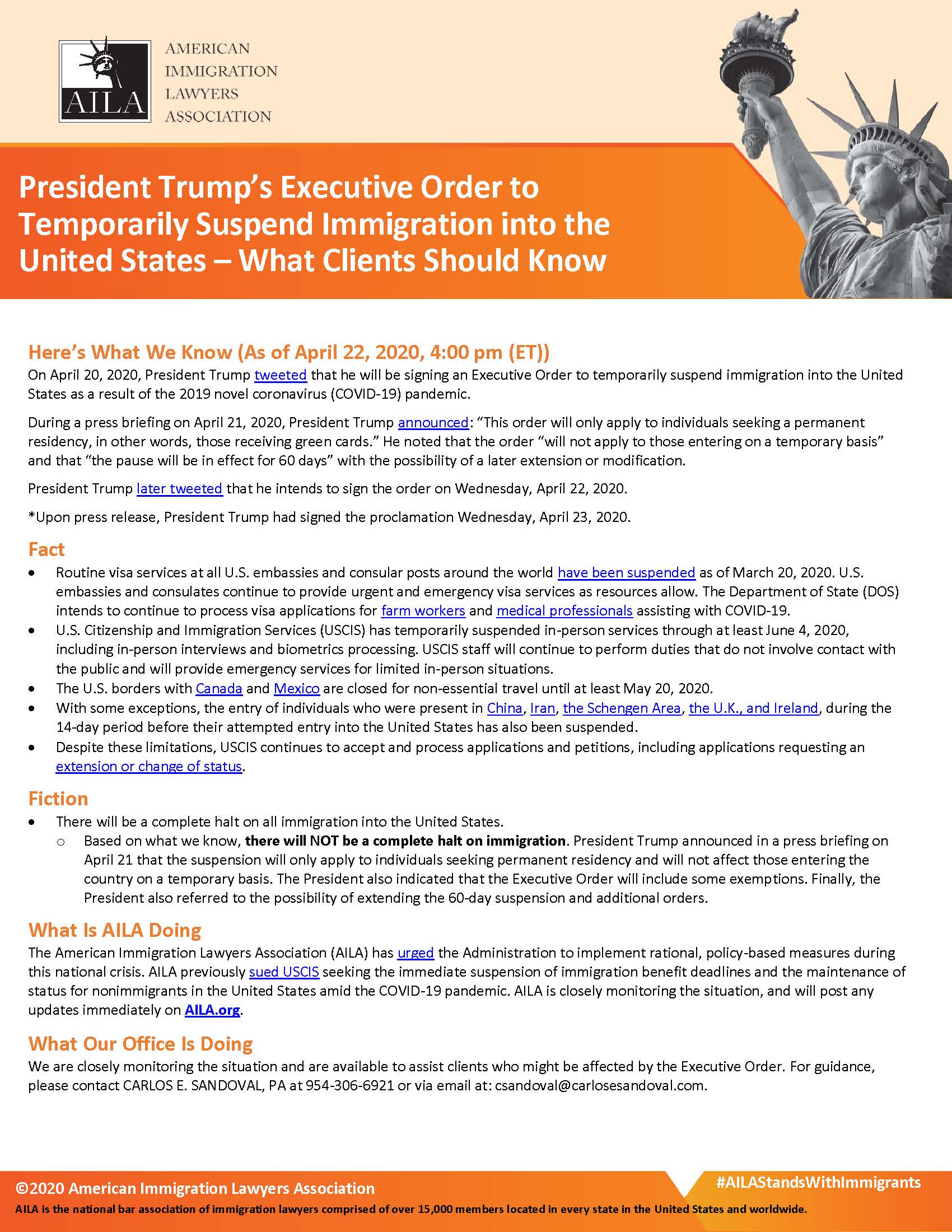 Carlos E. Sandoval is a member of the Florida Bar, the American Immigration Lawyers Association, the Broward County Hispanic Bar Association and the Broward County Bar Association. Carlos, who speaks fluent English and Spanish, is licensed to practice law by the Florida Supreme Court and the Federal Court for the Southern and Central Districts of Florida. He focuses his practice in all areas of immigration and employment law. For more information or a consultation, call (954) 306-6921, or visit http://www.carlosesandoval.com