Meet Herman Dolce: The First Generation Immigrant Who Wants To Help Others Achieve the American Dream Too

Meet Herman Dolce: The First Generation Immigrant Who Wants To Help Others Achieve the American Dream Too

NEW YORK, NY / ACCESSWIRE / April 9, 2020 / The American Dream can be many things--migrating to the United States and starting from zero, or being able to grow in the corporate world. Like the many different people that make up this country, the American Dream itself is different. 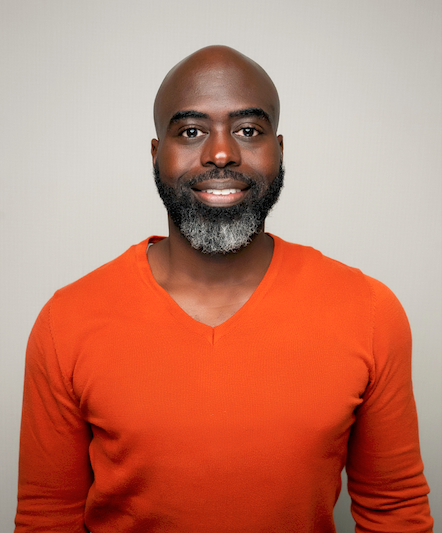 Herman Dolce's American Dream had always been having his own company and achieving financial freedom through it. As a first generation immigrant from Haiti, achieving this gives him a special sense of pride.

"My parents migrated from the island of Haiti in the 1970s. My mother was a certified nursing assistant and my father was a property manager for the Trump organization. Trying to find the balance between the cultural norms within my home and avoiding American assimilation was always a fight my parents had with me. But wanting me to become successful in the land of the free was paramount to my upbringing." Herman shares.

After a trip to Italy on the babymoon of his first daughter, Herman was motivated to start his company. He had enjoyed the trip so much that he was dreading going back to work. This is when his brother motivated him to start his own company and start his path to financial freedom.

"I was disappointed that I had to go back to work after living like a King in Italy, and that I had to ask for permission to go visit another country. I realized that as long as I did not own my own company I would never be free." Herman says.

Once he was motivated by his brother, Herman started Bella Sloan Enterprises a financial services company named after his first born. The company educates clients on credit and repairs their poor scores. They also help startups and medium-sized companies get business credit/funding. Their mission statement is, precisely, "the American Dream."

Two years after starting Bella Sloan Enterprises, Herman was able to quit his six figure job. His main advice for those who are starting a business is to focus on what is important to yourself and on what is the mission of the business.

"Losing sight of this will make you sign deals that are not necessary and ill-advised to your business strategy. Focus on the reason why you started the business in the first place and it will take you to your first million dollars." Herman advises.

For Herman to achieve success, mindset was also crucial--given that it allowed him to understand his daily goals in building his brand and in providing the best service possible for his clients. If no one was going to believe in him, he had to believe in himself.

"I started with the work ethic of getting up every day at 5:45 and putting in 12 or 13 hours a day in my own business, which did not feel like work." Herman says. "This laser focus helped me build a brand that will outlast even my daughter's children."

Now that Herman is on the path to financial freedom, he can look back to when he decided to start his business. He was on a train to visit the Tower of Pisa in Italy and had realized he wanted to take the same trip whenever he felt like it--he quickly realized he could only do this if he started his own company with his own hours. But back then this could have been overshadowed by fear easily.

"Fear is the unknown. Once I am knowledgeable, once I have gained understanding, fear subsides significantly, and on the other side there is success." Herman says. "This success means building something that will outlast me. Planting seeds for fruit that I will never be able to taste. This is in the DNA of the businesses that I have built for myself and my children."

With this in mind, Herman is headed to his next projects, which include entering into different private sectors. He is in the process of working on multi unit buildings in Cleveland, Philadelphia and Baltimore, in order to work on his original passion: real estate.

"I also started a second company called the Olivia Monroe Enterprises, after my second daughter, which will be about trucking and logistics." Herman shares. "During this trying time in our economy, I will ensure that there is something in my portfolio that continues flowing, by growing sustainable enterprises."

Herman will continue to differentiate himself from his competition for his consistency. He provides the exact same service to anyone who comes to him, whether it was a free consultation or a $5,000 ticket client. For him every client is important. Especially now.

"Emerging on the other side of this pre-recession or current recession is going to be significant for my company. I think I have built a brand that will outlast one of the most trying times in our country, and doing it on the shoulders of my immigrant parents gives me an enormous sense of pride. I look forward to the journey." Herman states.