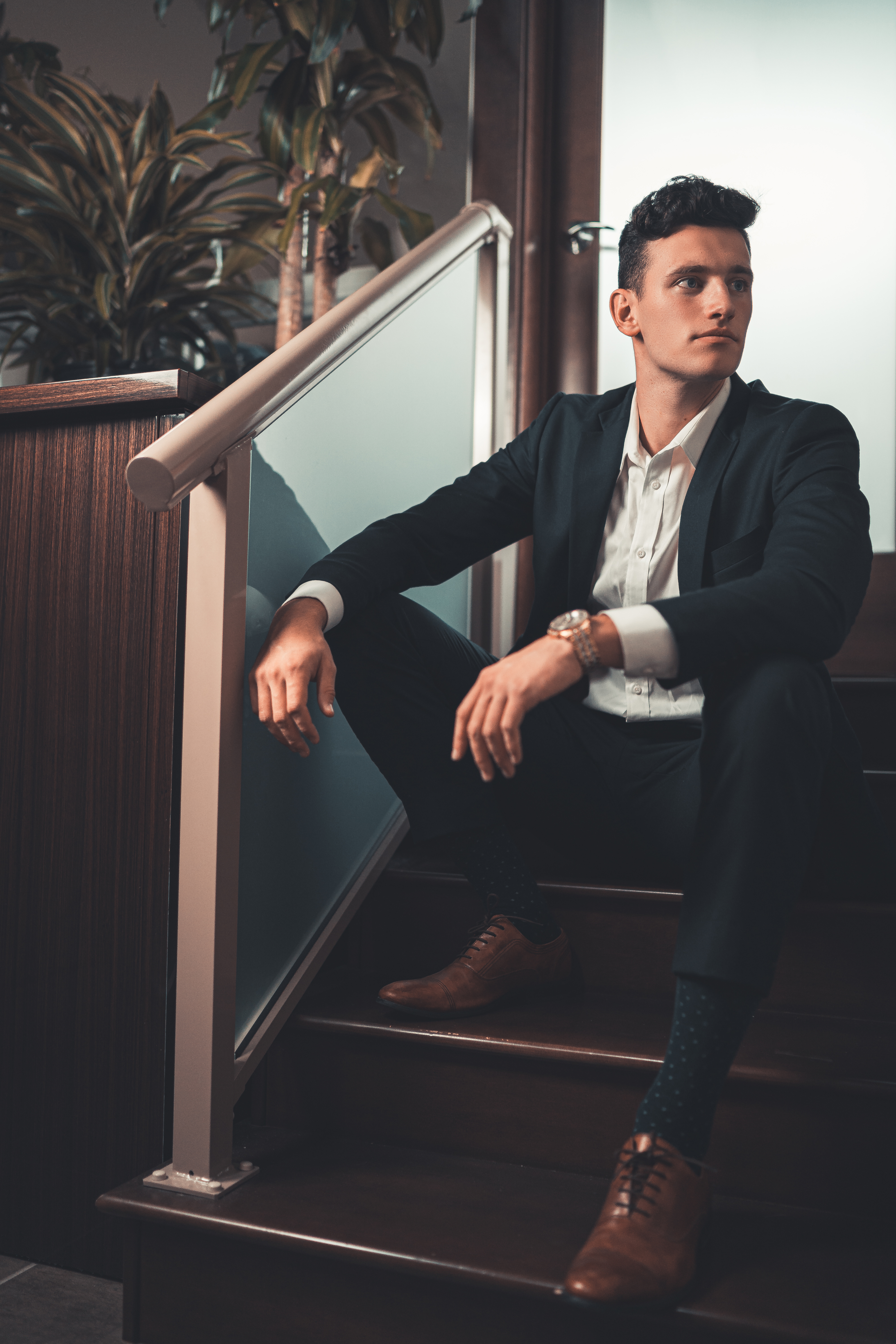 Jordan Lintz is an accomplished entrepreneur, owning three companies at just 23, all of them on track to be 7 figure businesses. He formed his first company, HighKey Technology, nearly three years ago. This ecommerce brand sells consumer electronics, their flagship product being wireless earbuds. HighKey Technology surpassed 7 figures in year two of business, and ultimately led to the venture of his new business, HighKey Agency. This is Jordan's social media marketing agency, where they do full service social management, content creation, along with PR & personal branding development. "We offer full service management because we work with successful clients that don't have a social presence, but also don't have the time to build it. They have the money though," explains Jordan.

Jordan Lintz has always specialized in the networking and sales part of each company. Both the electronics company and agency equipped Jordan with the skills and connections to establish his third company, HighKey Clout, and grow to seven figures revenue within six months. The reason why it scaled so quickly was due to finding a gap in the market and swiftly capitalizing on the opportunity.

"Social media and influencer marketing is something you have been hearing and something you will continue to hear talked about for the next ten plus years! Creating a brand online is essential, specifically on Instagram. That's where we come in," says Jordan.

He is very aware of the current social state and has taken advantage of all opportunities to expand the HighKey brand. In his current state, Jordan is closing 6 figure deals with A-list celebrities to run Instagram giveaway growth campaigns. Some reputable names include Lil Yachty, Bhad Bhabie, Trippie Redd, Rich The Kid, and many more to come. This has all been achievable by neutering connections and skills that he has developed in the past three years of business.

Many entrepreneurs are motivated by money, but Jordan has found a niche that fulfils not only the financials, but also his passion so early in life. He has always been intrigued by advertising, specifically watching media on tv as a young adolescent. Once social media began dominating the online space, Jordan's attention quickly followed.

He dropped out of second year University after three months of developing his e-commerce brand and early achievement of $30k in sales. Jordan has a motto "To be all in or not at all", and that statement rang true as school quickly became a lost priority that was overtaken by the infatuation with business and networking.

Jordan Lintz has a gravitation towards influence. He personally has over 290k+ Instagram followers at the time of this article. But, Jordan cares much more about his overall brand presence, as he uses himself and profile as an example to potential clients. Aside from continuously building his personal brand, the motivation to push the brand HighKey into a household name keeps Jordan running everyday.

Showing three successful businesses to date, Jordan explains some advice to aspiring entrepreneurs. "Everyone wants the money to return so quickly. The problem with most people is they aren't invested in the long term. They want to see a direct return from their investment," says Jordan.

You have to start doing whatever you are doing for the passion not for the money. People who do it for monetary gain will quickly find themselves burnt out or failing in their short term objectives. He suggests it's similar to running before learning how to walk properly first.

Thinking in the long term has never been more relevant, being in between the recent Coronavirus and the subsequent crashing market, Jordan always looks forward to the overall vision when there are short term setbacks. It's important to not be brought down by any obstacles or failures as there is an opportunity to learn and grow.

In times like these, he heavily believes that your network reflects your net worth. He has been able to scale his online business exponentially because of this philosophy, as well as being able to weather an economic storm due to dedicated high level clients.

Creating a team is also very vital to Jordan's successes. He started his first company alongside his younger brother, Luke Lintz. Since then, he subscribes to the idea that creating a company by yourself is practically ‘crazy'. He has the history to back it up, as the two brothers partnered with real estate investor and coach, Stefan Aarnio, and Trent Huss in their marketing agency. They've also brought their younger brother Jackson Lintz in their technology company. Each person brings a different and complementing skill set to the table, which heavily increases the efficiency of any company. They have also continued on to form partners in HighKey Clout as well, building strategic business relationships.

Both Jordan and Luke are brothers with like minded goals, so it's a clear partnership. When adding new people to the team they ensure that new partners envision a similar goal and work ethic to their own.

Moving towards the future, Jordan Lintz is working closely with celebrities and high net worth clients to scale HighKey's brand and revenue, in each company respectively. He wants to be known for his relationship with other people and the integrity he holds within relationships.

"Don't start anything because "you want to make a lot of money". Whatever you commit your time to should be to achieve a long term vision. The money will follow if you stay dedicated," concludes Jordan.

If you want to stay up to date with Jordan's business, check out his Instagram