How Robert A. Grigore’s One & Done - Total Immersion Package is Helping People from all over the World

How Robert A. Grigore’s One & Done - Total Immersion Package is Helping People from all over the World

NEW YORK, NY / ACCESSWIRE / March 11, 2020 / Undoubtedly, almost everyone in this world has suffered from a mental illness or simply anxiety and distress at some point in their lives. At such a time, there is only one thing that helps: therapy. 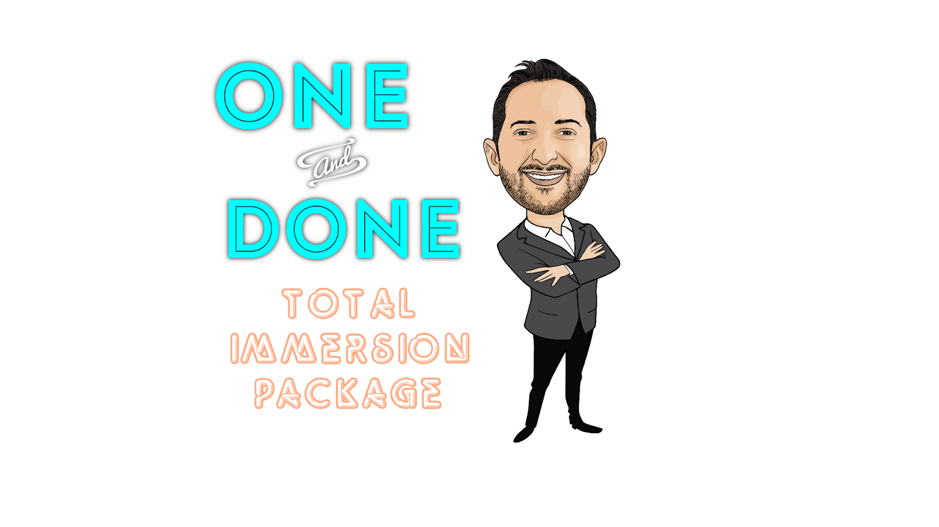 There are many different types of therapy, with the most widely known being talk therapy. Therapy is a scientifically proven treatment that is intended to help you understand how your mind works. It is supposed to help you eliminate negative thoughts, resolve problematic behaviors and enforce positive behaviors with the help of a therapist who works with you to set goals, track progress and measure results.

Unfortunately, talk therapy doesn't always work for everybody. It's not uncommon for people to spend years and even decades in talk therapy and never really be "cured." And although the stigma around mental health is finally changing, and more and more people are seeking aid from a therapist, spending years in therapy with minimal results causes many to reinforce the beliefs that "therapy doesn't work" or that "talking to someone about my problems won't help me."

But this doesn't have to be true as not all therapy is created equally, and specialized EMDR therapists like Robert Grigore have helped people from all over the globe to quickly resolve their issues so they can lead a happy life.

A certified EMDR therapist and a published author, Robert Grigore is a well-known psychotherapist and the founder of Grigore Counselling. He is famous for his unique take on the accelerated form of therapy called, Eye Movement Desensitization and Reprocessing (EMDR).

Growing up, Robert suffered from anxiety and depression. Even though he had everything he ever wanted, he felt like there was a void that couldn't be filled by any material thing. After spending years in traditional talk therapy he experienced an incident that made him realize that he was unconsciously repeating negative situations because he was emotionally wounded. That's when Robert sought help in the form of EMDR therapy. It was then that his life turned around.

After experiencing EMDR therapy personally, and beginning to use it with his clients, Robert realized the potential it had. He thought he found the "Holy Grail of therapy," because EMDR actually allows people to completely let go of their negative thoughts, beliefs, and stop repeating unwanted behaviors. He said, "I truly believe that everyone can become their true authentic selves and be happy, what stands in the way are old emotional wounds-heal them, and anyone can be free."

As he stepped into this new direction in his psychotherapy career, Robert observed that certain people did not continue their EMDR therapy because of time constraints. Although EMDR therapy is considerably faster and has more fruitful results than talk therapy, it can still take months to show results. For this reason, many people such as entrepreneurs and business executives cannot commit to EMDR therapy even though they really need it. That's why Robert came up with his "One & Done - Total Immersion Package," to help these individuals for whom he believes are marginalized, and end up falling through the cracks.

Grigore Counselling's "One & Done - Total Immersion Package boasts complete resolution of an issue in as little as a single weekend-and they have loads of testimonials to back this up. Although their testimonials are disguised for privacy reasons, it's easy to see that Robert specially designed this format of EMDR therapy for CEOs, entrepreneurs, celebrities, and other busy professionals who have their battles with anxieties, fears, and other insecurities that keeps their happiness hostage. Common complaints of his clients are fears of failure, what others think of them, and burnout due to the constant burden of responsibilities they face every day.

Over the course of as little as three days, Robert helps his clients eliminate negative thoughts, emotions, and beliefs that act as hurdles in their paths of success. He also teaches them effective ways of dealing with stress that may come after they graduate into their new level of being, because as he says, "Life happens, and there's always situations that will bring us stress. My clients won't be dealing with the same stress they came in with, because that will be eliminated, but it's always good to have a few techniques in the back pockets to deal with stress in a more effective way."

Robert's accelerated format of EMDR Therapy is a game-changer for busy professionals from all over the world. Seeing that his clients travel to Vancouver, BC from different parts of the globe to work with him is proof of how effective his treatment is.

Therapy does not have to last forever; it should have an end date. When you conclude therapy, you shouldn't have the same problems as when you started. A good therapist will work on your problems with you and will give you tools that will last a lifetime. Robert believes that an investment into one's mental health should be an incredible experience unlike any other, that elevates the individual for the rest of their lives--and that's exactly what he does.