BOGOTA, COLOMBIA / ACCESSWIRE / March 3, 2020 / Bitwings & Evan Luthra took the South American Blockchain industry like a storm in the second week of February through a series of events. The events were focused on educating and onboarding blockchain enthusiasts from South American countries like Colombia, Peru & Mexico. Thousands of attendees hailing from industries like finance, banking, insurance, software & mobile technology were present. The entire series of events were sold out within hours of tickets being available which was a first in South American Blockchain industry activities. 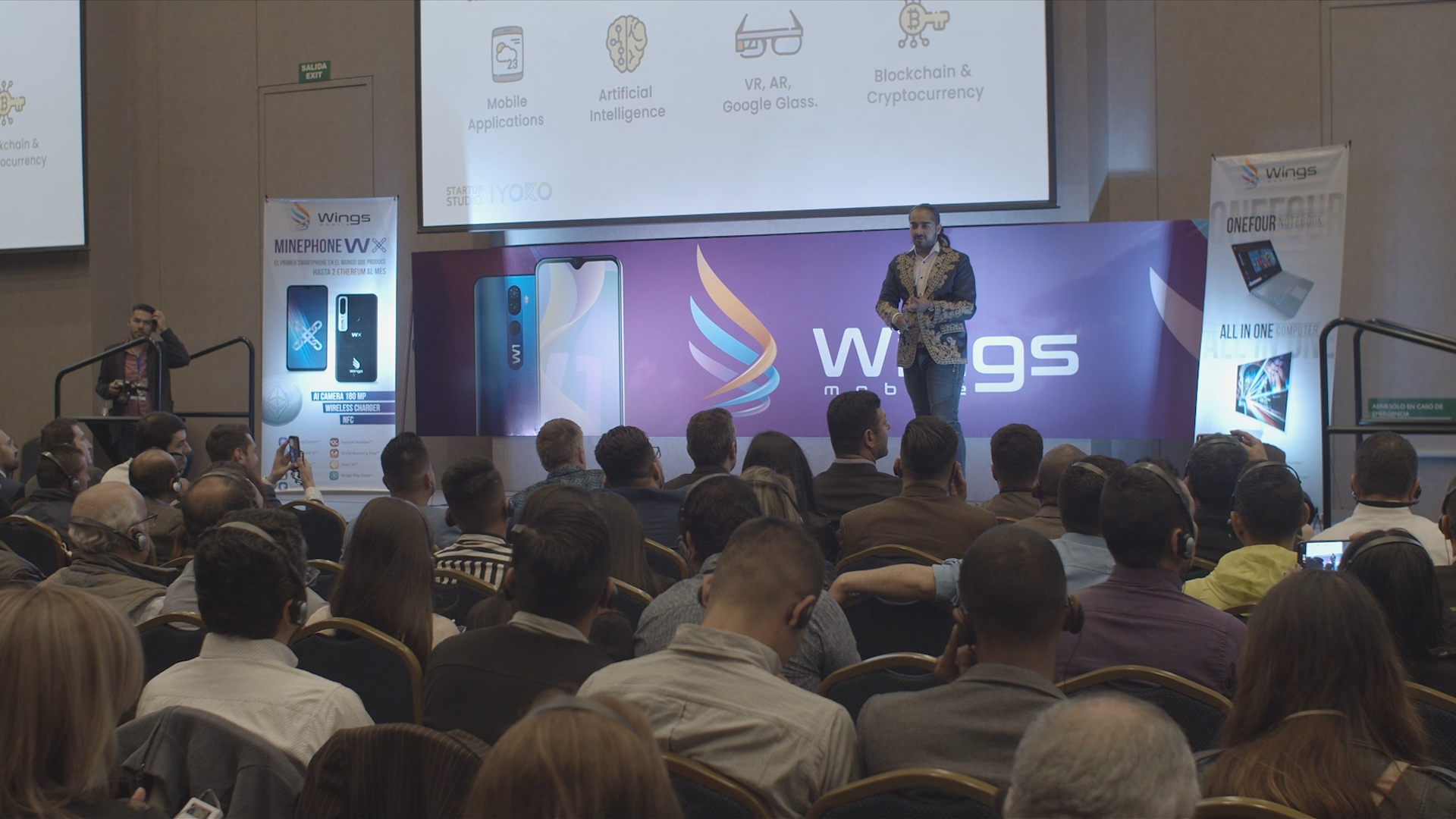 Dr. Evan Luthra is a millionaire angel investor and Ph.D. in blockchain who is also the CTO for Bitwings. Evan played the role of keynote speaker and shared his experience, knowledge & vision. The Q&A sessions after speeches were filled with questions about the latest innovations & applications of blockchain technology which are coming to light after Facebook's Libra. Evan is at the helm of marketing and investor relations at Bitwings taking the organization globally.

As per Evan - "I am part of the project because the vision shared by Bitwings to provide security with transparency is unique in its approach. They are not primarily about making money like many other crypto projects that we have seen, instead they are creating an entire ecosystem for benefitting the common man with the power of blockchain."

The Bitwings team shared the insights about their exclusive products developed for next level utilization of blockchain technology. Bitwings boasts about their own cryptocurrency token which is available for investment and purchase right now. Their portfolio also includes 'Minephone WX' smartphones & 'X Book' laptops.

The Minephone is a unique smartphone designed to bring the security & value of blockchain in the palm of a common man, not only it can mine 2 Ethereum per month but also has valuable features like SAFE CORE OS™, Triple Factor Authentication, E-wallet built-in hardware Cold Storage & neural technology.

All these features on X Book and Minephone WX are proprietary & trademarked by Bitwings. The team plans to raise global awareness through professional events & mass media to educate organizations, professionals & the final users about the value of exclusive proprietary products devised by the team.

About Dr Evan Luthra - Evan is a technopreneur and angel investor. Through his incubator program named StartupStudio.online, he funds projects from global founders. He has a vast portfolio of smartphone apps developed by his team under his supervision. He obtained honorary Ph.D. in Blockchain & is guiding growth & success of blockchain projects like GL Brain, Crescent & Bitwings.

About Bitwings - Bitwings is an organization working towards utilizing blockchain technology to provide solutions for modern connected world problems such as security, privacy, transparency and value exchange. They have devised an entire ecosystem comprising of devices, operating system, wallet & crypto token which covers the full-scale solutions, unlike any other blockchain solution provider.

About Wings Mobile - Wings Mobile is a Spanish virtual mobile operator that began operations in 2007. They are dedicated to research and development of innovative software, smartphones, and laptops. Wings mobile acquired a new direction and vision after the advent of bitcoin and blockchain technology. In 2017, the company received the ALCI AWARD for ‘Best Technological Design' for its blockchain-based smartphones designed for the innovative application, security, affordability & privacy.