TORONTO, ON / ACCESSWIRE / March 2, 2020 / AEX Gold Inc. ("AEX:" or the "Corporation")(TSXV:AEX) is pleased to provide an update on the Corporation's 2019 field investigation program on the existing infrastructure on its 100% owned Nalunaq Project in South Greenland. Nalunaq infrastructure is duly covered in the project technical report entitled "An Independent Technical Report on the Nalunaq Gold Project, South Greenland" dated March 20, 2017 (effective date of December 16, 2016), prepared for Nalunaq A/S by SRK Exploration Services Ltd. (the "Nalunaq Technical Report"). The Nalunaq Technical Report is available on SEDAR (www.sedar.com) under AEX's issuer profile.

Eldur Olafsson, CEO of AEX commented: ‘'A key part of our 2019 field activities was dedicated to the inspection of the existing infrastructure, an integral part of AEX's short-term objective to resuming operations at Nalunaq. The partial rehabilitation of the existing access road and the installation of a new bridge was necessary to ensure safe and secure access to the mine site from the harbour, and to support future development activities. I am pleased to report that the process and mechanical audits of the existing underground process plant resulted in a positive outcome, allowing the Corporation to continue planning for the resumption of on-site processing at Nalunaq in the near future."

As outlined in the Nalunaq Technical Report, past metallurgical test work clearly shows the mineralized material to be amenable to gravity concentration and to the leaching of gravity tailings, with total gold recovery ca. 95%. This process performance was fully evidenced during offshore processing at the El Valle and Nugget Pond plants with recoveries consistently exceeding 90%1,2.

This contrasted significantly with the results obtained from the Nalunaq underground leaching plant constructed by Angel Mining in 2009 and operated from 2011 to 2013. Past operating reports and independent audits of the onsite process plant illustrated operational issues such as low gold recoveries and below target plant availability. After a thorough process investigation, the following key observations help explain the operational difficulties encountered at the Nalunaq processing facility between 2011 and 2013:

The design and operational issues resulted in poor throughput and gold recovery, ultimately contributing to the establishment of a tailings facility for AEX's benefit holding the existing Inferred Resource of 43,200 tonnes at a grade of 4 g/t gold3.

It is AEX's opinion that upgrading the existing process plant and taking the proper corrective measures to mitigate the historical on-site processing issues would allow the Corporation to achieve processing performance at Nalunaq in line with the significantly higher offshore processing achieve by Crew. Re-design of the plant and the implementation of rigorous operational, sampling, and maintenance protocols will allow the on-site plant to achieve results in line with historical offshore processing both in terms of gold recovery and plant availability.

The mechanical audit of the Nalunaq underground process plant was performed at the mine site between September and November 2019. During the period, all existing underground process plant systems (i.e., crushing, milling, leaching, gold absorption, etc.) were evaluated. All of the equipment nameplates and specifications were recorded and will be used to evaluate the suitability of the existing equipment for resumption of operation at a nominal capacity of 300 tonnes per day.

The Corporation is currently assessing the risks and opportunities associated with the refurbishment of the existing process equipment. The results of the audit indicated that the Leach and Carbon-In-Pulp tanks and associated equipment require minimal refurbishment. Figure 1 and Figure 2 below illustrate the condition of the leach tanks and agitators. 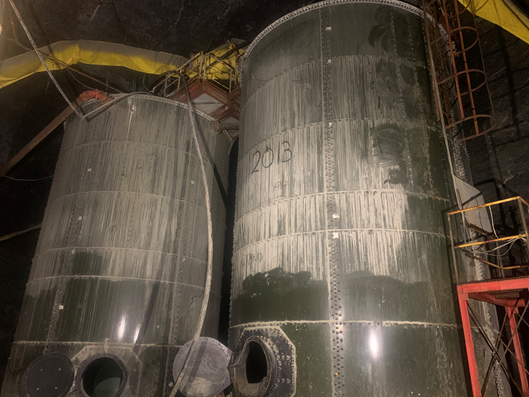 Figure 1: Two of the three leach tanks, each having a live volume of approximately 150 m3 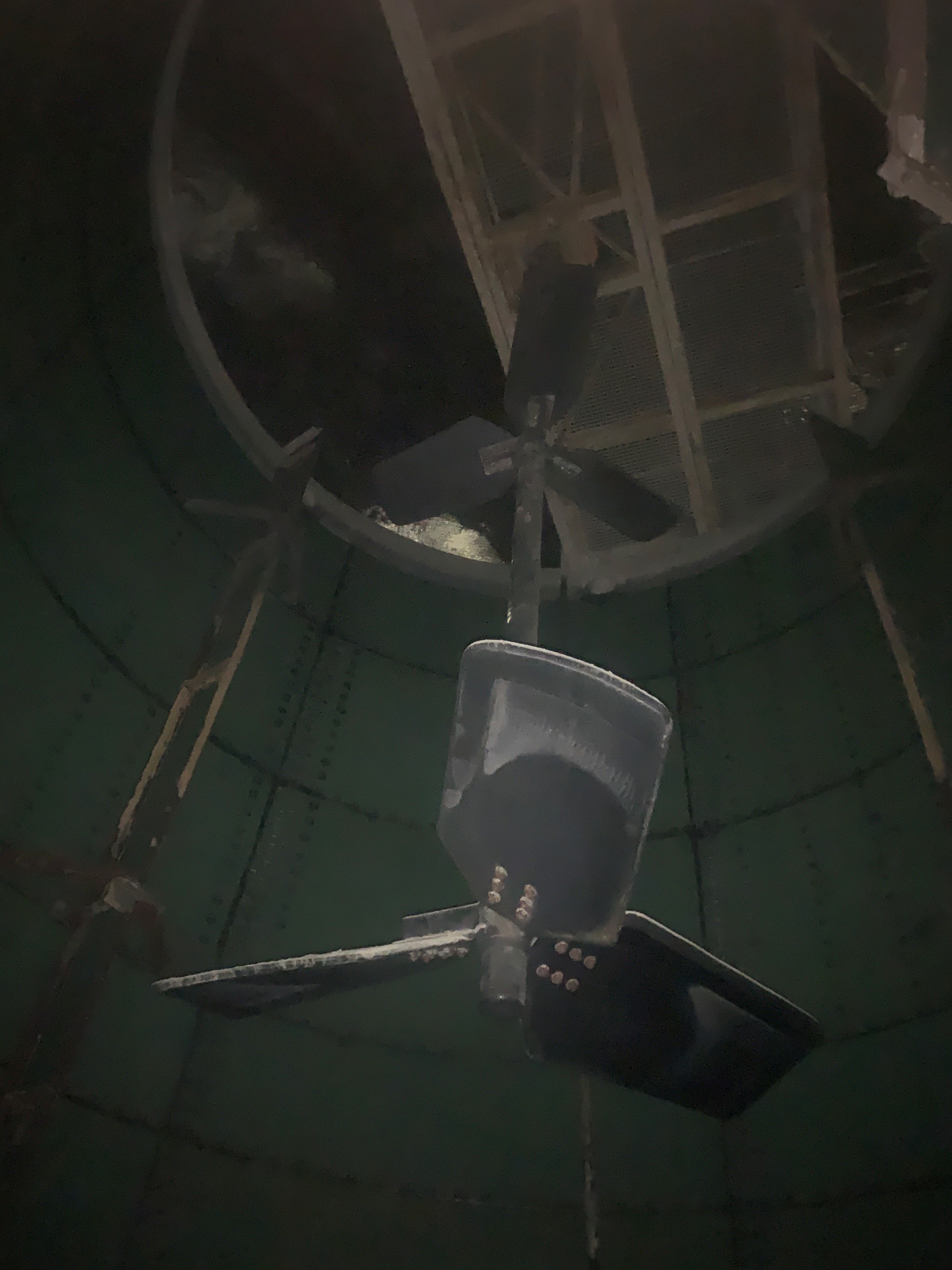 During the field season, the Corporation rehabilitated portions of the 9 kilometer mine access road which were historically damaged due to drainage issues. As such, ripraps and culverts were inserted in the damaged areas to lower the impact of erosion and water, as depicted on Figure 3: 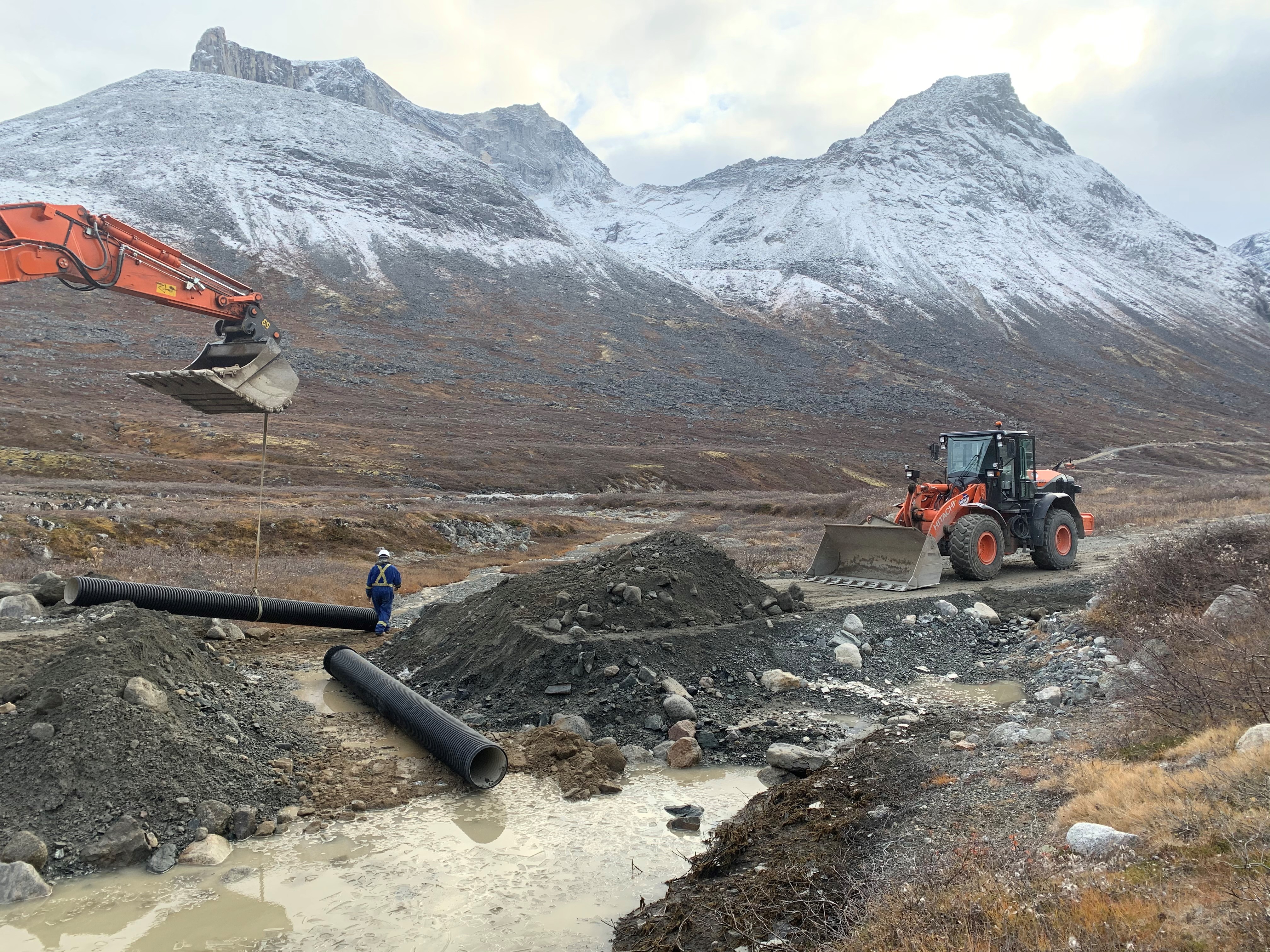 The partial rehabilitation of the access road is key in supporting the future development activities at Nalunaq.

Finally, AEX upgraded the Kirkespir River crossing with a pre-engineered and pre-fabricated bridge with a bearing capacity of 73 metric tonnes, enough to allow the safe and secure passage of personnel and equipment, as well as heavier traffic for future mining and construction activities. The upgraded bridge (shown in Figure 4) is a cornerstone to securing safe access to the mine site. 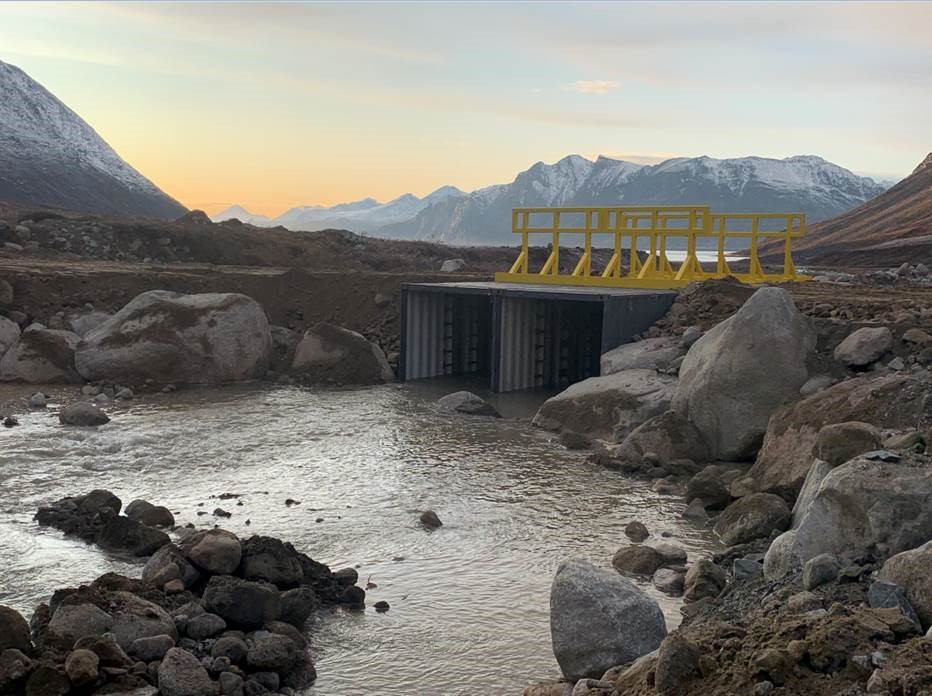