VANCOUVER, BC / ACCESSWIRE / February 12, 2020 / Casa Minerals Inc. (TSXV:CASA)(OTC:CASXF)(Frankfurt:0CM) (the "Company" or "Casa") reports results of 2019 diamond drilling at its Pitman Project located near Terrace, B. C.

Casa Minerals' Pitman Property, located 25 km northeast of Terrace, B. C., was explored by 12 holes with total length 2036 metres. The drilling program began August 28 and continued until October 17, 2019 and was directed to the Paddy Mac gold quartz veins and to the recently discovered Dragon Tale silver-zinc-lead prospect. Drill cores were examined and sampled by Company personnel and samples were assayed by an accredited independent laboratory. QA/QC measures, including submission of duplicate and standard samples, were observed.

The Pitman property is located in the very rugged Coast Mountains and comprises several prospective mineralized areas, including the Paddy Mac gold veins with surface samples that assayed as much as 574.42 g/t gold plus silver, copper and lead, the nearby Golden Dragon area of irregularly distributed copper-gold occurrences, the Dragon Tale silver-zinc-lead mineralized area, the large Gold Dome and WoMo area that lies at higher elevation and includes many areas of high-grade gold, silver, copper, lead, zinc and molybdenum mineralization, and the historic Pitman molybdenum prospect located near the Skeena River.

Casa's 2019 Pitman program was the first such exploration by drilling since 1980 at the historic Pitman Prospect and followed earlier work by the Company that included mapping, sampling, geochemical sampling and an airborne geophysical survey. Drill targets were selected from available data, including 2018 surface sampling and geological modeling. Drill holes are summarized in Table 1 and illustrated in Figure 1. 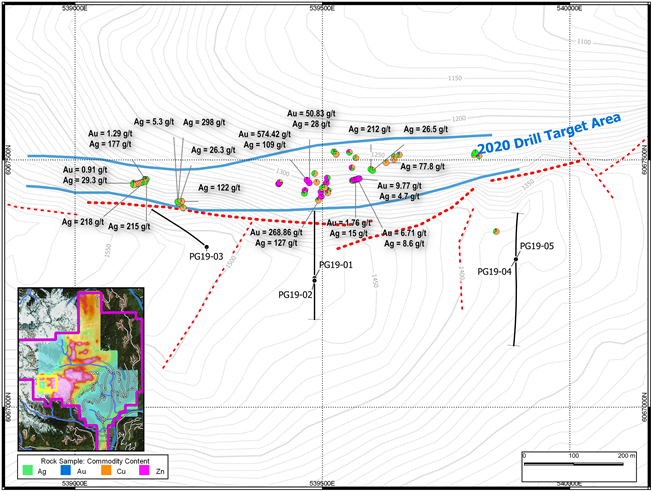 Drill holes were directed toward several quartz veins that outcrop over several hundred metres in the steep walls of the Carpenter Creek valley and cirque. Although the drill holes did not reach the veins, the geological information has enabled a better understanding of the lithology and structures, and will be a valuable guide to further drilling. As shown in Figure 2, the targeted quartz veins appear to be offset by a previously unrecognized high angle faults. 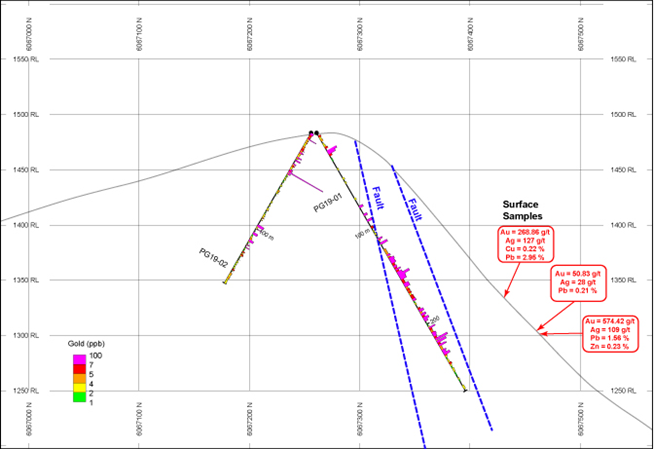 Casa has applied for a drilling permit for its Arsenault property located in northern British Columbia. The property lies within the traditional territory of the Teslin-Tlingit First Nation and the Company, in consultation with the First Nation, is proposing a program of exploration that will include drilling. Work in recent years has included geologic mapping, geochemical soil sampling and an airborne geophysical survey of the area.

On Behalf of Board of Directors