LOS ANGELES, CA / ACCESSWIRE / January 27, 2020 / Three months ago, Los Angeles based artist, georgiaxx, released her debut single, Svnteen. The song feels like an electro pop dream with its fusion of multilayered sounds that tread between grooviness and chillness. Each rhythm is filled with sadness and vulnerability that express clearly to the listener what the song is about. 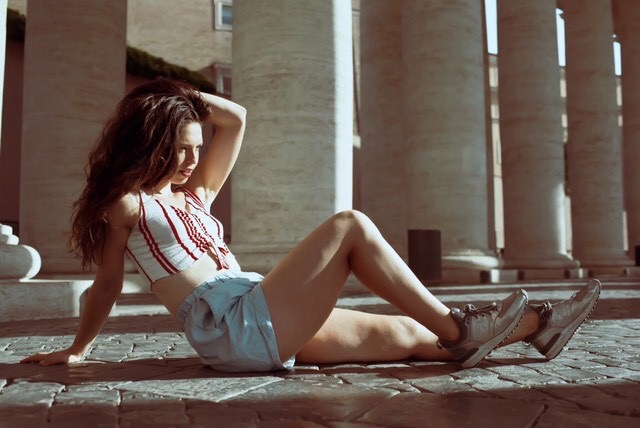 georgiaxx met co-writer and producer Cameron Nadler at a show in the months following her move to Los Angeles. The two started working together and wrote Svnteen in a session that started with a chord progression and melodic idea in Logic, (georgiaxx's daw of choice), and evolved into the sonically rich production that it is today.

Recently, georgiaxx dropped the visuals for her debut single Svnteen, and they will leave you speechless. Her music video will bring you back to the first time you fell in love with its array of artistic visuals and sensual beats.

Filmed at a warehouse in downtown Los Angeles, this Garrett Brockschmitt and Charles Schaefer-directed video is visually stunning. Conceptually, the video uses a bold visual palette to trigger a visceral reaction from the audience. A single figure silhouetted against a dramatic red hue cues the opening of the video. As the song progresses, a silvery purple and blue atmosphere is introduced. By the end of the track, the video cuts between the two juxtaposed scenes. The dramatic contrasts in light and color reinforce the underlying message of the song.

Svnteen is a coming of age anthem about the exhilaration of falling in love and its aftermath. Metaphorically, the chorus "nicotine at seventeen" refers to the allure for something or someone that isn't always in your best interest and the process of learning to live without the crutch of "nicotine" and being comfortable with yourself.

georgiaxx has introduced herself and what's to come with visually stunning MV: she belongs in the spotlight. Just like her newest single Svnteen, you need to get ready for an emotional vulnerability we can all relate to.

georgiaxx is an artist, songwriter, and singer currently based in Los Angeles, California. The quad-lingual artist received her formal training at NYU, the New School, and the University of Pittsburgh. She speaks Spanish, Italian, and Portuguese.

Some venues that she has performed at include Fat Baby, M5 showroom, and Lovecraft bar in NYC, Mr. Smalls Showroom, Tiki Lounge and Club Diesel (now Foxtail) in Pittsburgh, as well as the The Republic of Pie in Los Angeles.

Her song Svnteen is now available for streaming on Spotify, Amazon Music, and Apple.