Garnishing thousands of views and shares within hours of being posted, a new heartbreaking Facebook video of a young entrepreneur has gone viral

WEST HOLLYWOOD, CA / ACCESSWIRE / January 22, 2020 / Bullying has become a major issue over the past decade, and those that have been victimized in the past are now slowly coming forward to tell their stories. And, as more stories and videos of the victims become public, many become viral from social media users hoping to expose such actions. 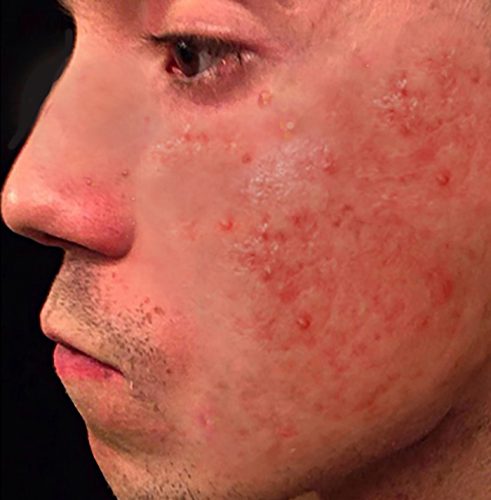 Over the weekend, a Facebook post by the organic skincare company Z Skin Cosmetics went viral; the short video highlights how Ryan Zamo, the 30-year-old founder of the company, used his experiences of being bullied as an inspiration to achieve his success today.

"I want to help and inspire others who are facing discrimination or harassment, I know what it feels like, and I hope they can look at my story as an inspiration. I also wanted people to know that there is a normal person behind the company and the products and that Z Skin isn't just about making money, it's helping people find a solution to their skin issues",

Zamo mentioned in his interview with us. The now 30-year-old also added, "Many people don't even know that everything is still handmade by me. Also, they have no idea that I'm the one who hand writes the thank you notes with each order. Just because I've become very successful and have grown so much, I still strive to keep Z Skin as personable as possible".

Even after selling millions of units and becoming a globally recognized brand within just a few years, the entrepreneur still expresses the joy he has gotten by personally filling every single unit that has ever sold, "I didn't start Z Skin for the money or success, I started it to help others, and that is why I get so
much joy from still being hands-on with my products and customers," Zamo said.

Referring back to his bullying stories, the 30-year-old also mentioned how astonished some people are when they find out he personally hand writes the thank you notes and adds them to every order, "After being beaten down for so long, the least I can do is spend 30 seconds writing a thank you note to the people that now support me, it truly means so much more to me than they even know."

It seems like the wildly successful 30-year-old was right about getting his story out there, his Facebook video has gained thousands of views and shares already, and people have fallen in love with the transparent and lovable CEO of Z Skin Cosmetics.

About The Company:
As a way to end his battle with cystic acne in college, Z Skin Cosmetics was founded by 25-year-old Ryan Zamo in his kitchen in 2015. Since then, Z Skin Cosmetics has become a globally selling brand of organic skincare. Known for its ability to bring high-quality organic skincare to consumers at an affordable price, Z Skin Cosmetics is a 100% handcrafted, organic, cruelty-free, vegan-friendly brand of skincare and mineral makeup. The company carries lines for multiple skin types, including; anti-aging, acne, sensitive skin, normal skin, and dry skin issues.