SACRAMENTO, CA / ACCESSWIRE / January 20, 2020 /  Most have heard the story before. A young Belarusian boy immigrates to America and achieves entrepreneurial success in the online business space. Just over 40 years ago, Gary Vaynerchuk immigrated to America with his family from Belarus. At the age of 14, he joined the family business - selling wine.

After graduating college, Gary took over as the CEO, and transformed it into an e-commerce empire. Soon after, Gary Vee launched Wine Library TV, the company's YouTube webcast, and the rest is history. 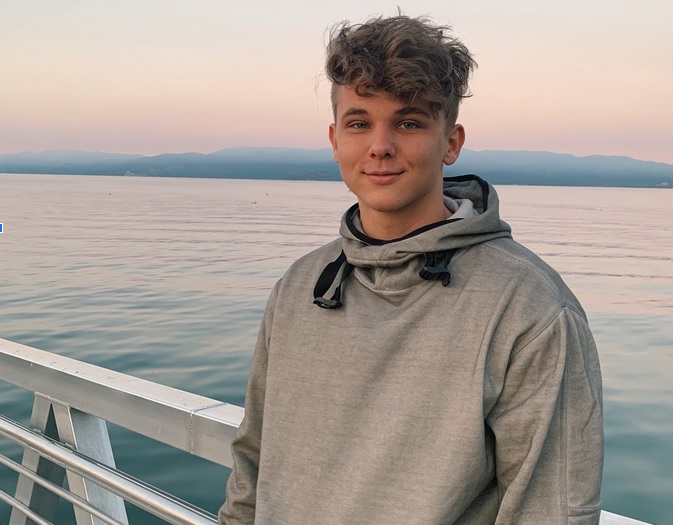 Fast-forward to May 2019 and Biaheza, another Belarusian-born American, hit his first six-figure month in profit from his e-commerce store. Except Biaheza hadn't even graduated from college. In fact, he was still in his freshman year at just 18-years-old.

But his story doesn't start there. Biaheza attributes his success to his work ethic at a young age. While most 14-year-olds were playing Call of Duty or Rocket League after school, he was working on his side hustles.

Throughout middle school, Biaheza flipped bikes on Craigslist and bought and sold kendama toys (most probably don't know the name, but have definitely played with one before). He also began doing graphic design on Fiverr.

He even recalls trying out YouTube videos and Instagram on his 4th generation iPod Touch when he was 11-years-old. Biaheza recalls, "I didn't realize Instagram was a social media platform at that point. I don't even think I even knew what social media was."

A few years later, he began creating Instagram theme pages that would feature different photographers' work and started gaining a following. He knew that at 14-years-old there weren't many real "businesses" out there, so he decided he would grow these Instagram pages in the meantime.

At 16, he figured it was time to get a "real job" working as a clerk at a department store in his local mall to make some money. But he still kept running his Instagram pages. When he reached about 13,000 followers on one of his pages, he made his first $10 advertising by selling a "shout out" to a business.

More businesses began reaching out to him, and he started making a bit of money through his pages. Biaheza said, "I quickly realized that most of the shout out requests I was getting were from people selling Aliexpress products for a higher price on their own website, which is a business called dropshipping."

One year later, at 17, he decided he would try out e-commerce for himself with his own dropshipping business. This time, he would be the one buying shout outs from theme pages like his own. After he launched, it didn't work out so well for him. By the time he calculated his product costs, Shopify fees, and the cost of advertising through shout outs, he was losing money.

"So I just went back to growing theme pages. However, this time my goal was to build up some big theme pages and use them to advertise my own dropshipping store so I don't have to pay other people's pages."

Biaheza realized that by saving on advertising costs in using his own Instagram audiences, he could be profitable with a new e-commerce venture.

As a college student, Biaheza figured an e-commerce store could help him pay for college. He wasn't piggybacking off his parents. He didn't have a college trust fund. And he didn't have a full-ride scholarship. To put things in perspective, he qualified for financial aid. In addition to the 2 jobs he was currently working, he still needed to make more money.

So he worked non-stop for the next few months building up his Instagram pages until they began making $500-$2000 per month in advertising revenue from shout outs. At this point, he figured he could launch another dropshipping store.

"I really didn't even have high expectations. I was expecting to make like $1,000 profit tops the first month."

He recalls, "I took that same advertisement and threw it on other pages and it went viral. I eventually even started paying other pages since the ad kept going viral."

That first month, Biaheza made $33,488.90 in sales. He was expecting a profit of $1,000 and walked away with over $25,000 in profit (these high profit margins were the result of hm advertising mostly through his own pages) .

"It was absolutely just a huge shock for me. I've never seen these kinds of numbers. I figured, $25,000 was a huge blessing but there's no way that this e-commerce thing can be sustainable. But when October came around, I did another $25,572.85 in revenue."

Then things really took off when Biaheza learned about Facebook ads. "As I began using Facebook ads. I kind of got the hang of it and was doing pretty well with them to the point where I actually wasn't even using Instagram theme pages anymore."

"I kept on endlessly working on this business, creating new advertisements, filming new content, perfecting my Facebook ads strategy and eventually everything came together."

Biaheza attributes much of his success to watching YouTube videos of online business owners when he was younger.

"Growing up I always loved watching these types of videos where people started their own businesses, especially when it was young people. That was very motivational for me"

Fast-forward to 2020, and now Biaheza is taking a break from college to teach others how to build their own profitable dropshipping store through his YouTube channel, which has over 246K subscribers.

"If I wouldn't have stumbled onto those videos when I was younger, I wouldn't have realized that this type of thing was possible and I don't think I'd even be in this position today."

Biaheza also offers a paid e-commerce course called "Biaheza's Full Dropshipping Course" that takes his students through a simple, over-the-shoulder process of how to launch a profitable dropshipping business from scratch.

In the course, Biaheza launches a brand new dropshipping store. This straightforward approach allows his students to learn what he does every step of the way, including the exact social media marketing strategies that propelled him into his e-commerce empire in 2019.