NEW YORK, NY / ACCESSWIRE / January 19, 2020 / Legislation in Texas was introduced in September 2019, in an effort cap the amount of sales tax for boats and yachts to promote major incentives in the marine industry as the super yacht market continues to grow. Significant tax relief for yacht owners, potential buyers can now make the luxury purchase with tax breaks, while seafarers' rights and conditions continue to stagnate and deteriorate. 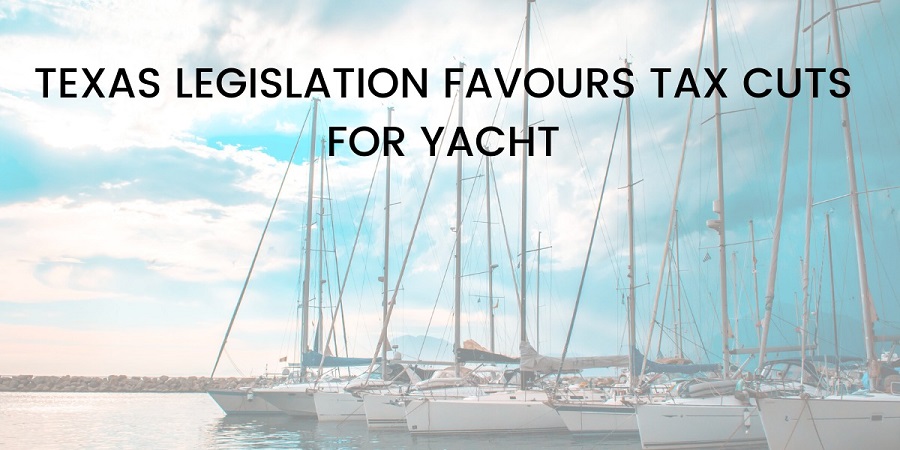 The state of Texas is poised to benefit exponentially from the tax cuts which will naturally increase yacht sales and with it a steady volume of new job opportunities for seafarers.

State Sen. Larry Taylor affirms that the legislation could create over 600 more jobs instantly. This major industry boost could also incur a major gap between prosperous yacht owners and the rights of seafarers that are likely to fall between legislative cracks.

The case of Bowker v. Tatu reveals the true nature of the marine industry behind the glamour of luxury yachts and the lifestyles of their tax-rich owners. The legal battle is based on official records from the US District Court for the Southern District of California (Case No. '18CV1986 BEN WVG) and details the ongoing case between Texan yacht owners Tatiana Golovina, Michael Sims and crew members aboard the "Tatu" yacht. Golovina is a logistics and packing entrepreneur and Sims is a known oil magnate.

The primary defendant, Taylor Bowker, is suing for $3.8 million USD in unpaid wages and damages incurred over a year and a half. The imbalance of power is clear- business couple Sims and Golovina have the direct upper hand to exploit crew members while seafarers have less resources to defend their rights which places them at a serious disadvantage.

According to the Seafarer's Welfare Assistance Network (SWAN), the marine crew is more likely to be injured on the job than in other professions. Although marine labor movements have improved daily working conditions for seafarers since 2006, the demands of the yacht industry remain extremely strenuous. Regardless, yacht crews are loyal seafarers that are many times forced to leave family behind and leave their personal lives aside.

The plaintiff, Taylor Bowker, is a South African citizen who was hired to sail the Tatu and run the crew in early 2016. The complaint is a testament to the mistreatment of even the most experienced seafarers. Bowker is suing for the debt he incurred from his own pocket to maintain the vessel in an operational state. This entails providing a replacement for malfunctioning parts and servicing for the vessel which includes any repairs along the way.

The complaint also details the severe neglect towards the monthly wages of the loyal captain. The legal document ascertains that while Bowker considered resigning multiple times due to unpaid wages, he held his position as captain. Golovina and Sims were able to keep Bowker aboard by promising compensation that was never delivered such as a considerable salary raise of more than 50% (from $182 to $283 USD) and a number of promissory notes. There were also trickles of small sums to keep the captain appeased, but after a year and a half of a tumultuous relationship to Sims and Golovina, the captain was forced to sue.

Bowker is not the only crew member to stake his claim in the suit. Other vulnerable seafarers include the Tatu's onboard chef, US citizen Loralee Johnstone Byrnes. The chef was convinced by Golovina to fund a luxurious trip Cabo San Lucas, Mexico, as Byrnes shelled out $250,000 USD from her pension fund. All expenses were covered by the chef upon the promise of later being refunded with a security interest during the eventual sale of the vessel. This seemingly good deal quickly turned into a fraudulent mishap as legal documents confirm that Golovina and Sims in fact concealed the sale of the vessel to avoid reimbursing Byrnes with the promised interest.

The unfortunate financial outcome for the crew members involved in the Bowker v. Tatu case illustrates the severe state of seafarers under legislation that completely disregards their rights while enabling yacht owners to overspend on luxury yachts they can very easily neglect. There are currently over 2,726 non-commercial boats in Texas, over half of which were registered from 2009 until the end of last year.

The gap between seafarer rights and the industry boom can still be closed during these early growth stages, yet the outcome is uncertain. Loyal crew members deserve a secure future and benefits that mirror the stability of such a prosperous and accelerating industry.