NEW YORK CITY, NY / ACCESSWIRE / January 11, 2020 / Now that 2020 has started, everyone is talking about how to be more productive, make more money, and be happier in the process.

There's no question that people need to improve in various areas of their lives in order to be successful but if there is one thing in particular that is key in order to meet your goals for 2020, it is the importance of having a powerful morning routine.

The morning is the most important time of the day because it's the time when you get up and get ready for whatever comes next. This is why it is crucial to have an energetic, efficient and powerful morning routine.

This year, VIP Media Group put together a list of what they consider to be some of the top morning routines by some of the top entrepreneurs and business leaders of our time. 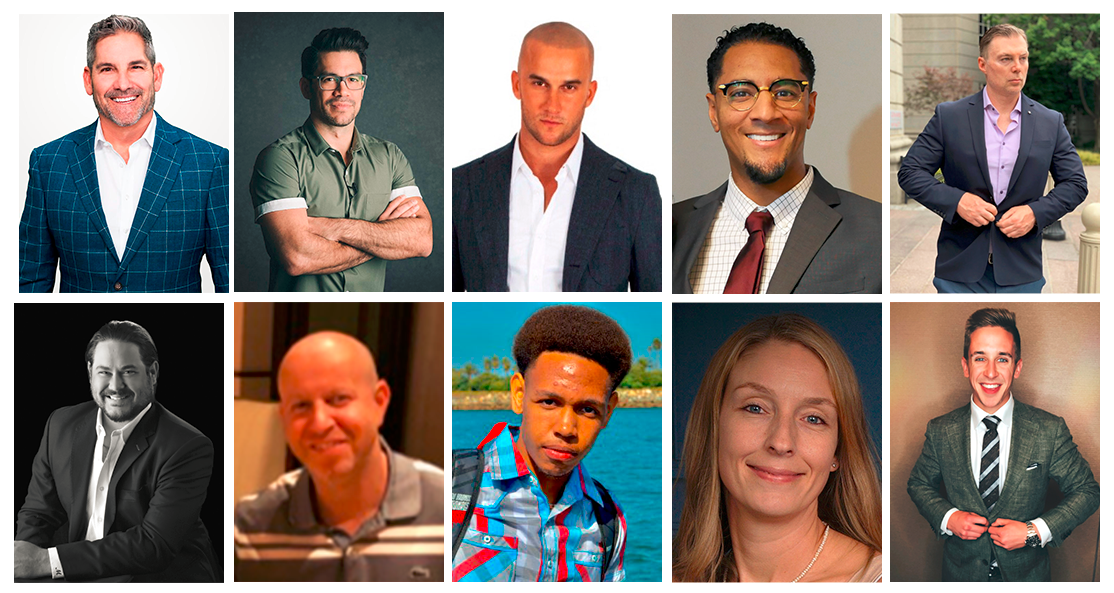 Serial Entrepreneur Grant Cardone makes sure to beat the sun each morning and begins to write his goals for the day. Soon thereafter, Grant makes sure to do a series of workouts that give him the energy he needs to take on the day. After taking a shower, eating a good breakfast, and listening to music while driving to work, he gets in the perfect mental state to 10X his day and win the day.

When it comes to having an amazing morning routine, Tai Lopez is a huge believer in ‘chunking' your morning routine (and day) into small pieces. By dividing his morning into smaller chunks, Tai is able to be flexible with his routine but at the same time execute at high levels.

According to Tai Lopez, "when you break a routine that you have in your mind as unbreakable, it makes it very easy to break it again, and the next thing you know, you're not following it at all. So I have found that ‘chunking' your day is key to avoid getting discouraged and it allows you to accomplish your goals more effectively."

Serial Entrepreneur Jason Stone begins his day by spending a few minutes stretching. Through the years, Jason has come to understand that stretching reduces muscular tension, enhances muscular relaxation, and improves mechanical efficiency and overall functional performance. In addition, shortly after stretching and waking up, Jason drinks plenty of water, takes morning vitamins, makes his bed, and meditates for at least 5-10 minutes to keep calm the entire day. After making some tea or coffee, Jason gets ready to check his to do, go to the gym, and gets ready to own the day.

Everyday when Alex Miller wakes up he has to get ready for war. His morning routine starts off with a string of high powered spiritual prayers and Christian devotionals. Besides having to fight his way up to reach his personal sales quota and honing his skills to deal with customer service issues and other outside forces, the main battle he fights is with himself. The solution to his problems is practicing acceptance. And when Alex is finished reading, he spends some quality time with his wife because even when they built Alex Miller Credit Repair together and they work together side by side they can go days and sometimes weeks without real quality time, making their morning routine vital for their marriage.

Business coach Cory Jean wakes up every day at 5:30 AM. He believes that there is a huge correlation between waking up early early and increased success. Then he heads to the gym and works out for 45 minutes, before going back home to get ready and go to work. At 8:00 AM he is at work and ready to take on the day. For Cory, having a set routine that holds him accountable to begin the process of discipline is extremely important. Cory believes that when someone makes the sacrifice to get out of their warm bed and head to the gym they are already telling themselves that they are here to win and win big!

Serial entrepreneur Mike Murphy has an extended morning routine of ten steps that starts as soon as the alarm goes off. First, he stays in bed for five minutes doing a gratitude exercise where he thanks God and the universe for his blessings. Second, he does the "Still Waters Run Deep" step where he gets on a Yoga mat. Third, he does Muscle Activation Therapy (M.A.T) stretches. Fourth, he does what he calls "Dirt Dive of the Day" round one where he goes over his daily schedule. Fifth, he does warrior yoga poses. Sixth, he does the second round of Dirt Dive where he thinks about any other thing that needs to be accomplished that day. Seventh, he prays and reads his daily devotional. Eighth, he showers. Then he gets to work and does his third round of Dirt Dive this time with his assistant, going over and adjusting his schedule. Lastly, he says "good morning" to all his direct reports and goes on to execute the day.

Alex Nekritin, the CEO and founder of Ultiself the breakthrough self improvement app, believes that performing a morning routine is essential to achieving success. Before getting out of bed, he thinks of three things that he is grateful for. Then he drinks two or three glasses of water with lime and goes to his patio barefoot and shirtless to stretch for 5-10 minutes in the sun. Afterwards he meditates and does breathing exercises before taking a tablespoon of coconut oil, olive oil, a teaspoon of Bulletproof MCT or brain octane oil. Then depending on the day he walks to the gym or starts working right away.

Young trader, Christian J. Smith "Mr Frost", thinks that morning routines are essential because it enhances discipline and because it is important to stay focused on the bigger picture. Mr. Frost wakes up at 5AM in the morning and drinks one to two pints of water with a banana to kickstart his brain and get energy. Then he turns off all his phone notifications and eliminates everything but what is necessary for him to perform as a trader. In the morning, he makes an effort not to check emails or messages right away, and not to go on social media. Instead, he completely isolates himself from the world and enters what he calls "Monk Mode," which is the key to massive focus and productivity. Mr. Frost makes a clear list of objectives with no more than four tasks, whether they relate to health, relationships or business, that help him "move the needle" in his life.

Julia Ellighausen, the Co-Founder of Ninjacators LLC, a trading technology company, wakes up every at 5AM. Shortly after waking up, Julia starts a 30 minute workout on a cross trainer while listening to audiobooks of all sorts. After a shower, she starts planning her day and writes what the envisions her day to be, while focusing on the most important goal she must accomplish that day.

Andrew Evans, the owner of Miami Spartans, the #1 sales office in the country, believes that how we do one thing is how we do everything, which is why morning routines are very important. The first step for him is to wake up on time and with energy, which has to do with what he does before bed and after he wakes up. For example, he makes sure his phone is plugged in on the other side of the room so that he must get out of bed when the alarm goes off because it is harder to hit the snooze button. Then he chugs down a bottle of water and brushes his teeth before working out for about 45 minutes. Andrew then heads to the sauna to detox and begin his 10 minutes meditation and visualization routine. Finally, he gets back home, starts a hot shower and ends the last 2-3 minutes with cold water. He gets dressed, drinks a protein-heavy shake and multivitamins, and is ready to go on with his day!