Why to JOIN the MarcoPolo Protocol

Why to JOIN the MarcoPolo Protocol

SINGAPORE / ACCESSWIRE / January 9, 2020 / I guess we've all encountered the name of Marco Polo at a certain stage of our life. For me, I learned about MarcoPolo from my grade school teacher and I was told he was one of the greatest explorers in history, who bridged the sheer ignorance of another culture between the eastern world and Europe. He did not discover another New World like Christopher Columbus did but built unprecedented connections across continents. I gathered that might be the reason MarcoPolo Protocol named itself. 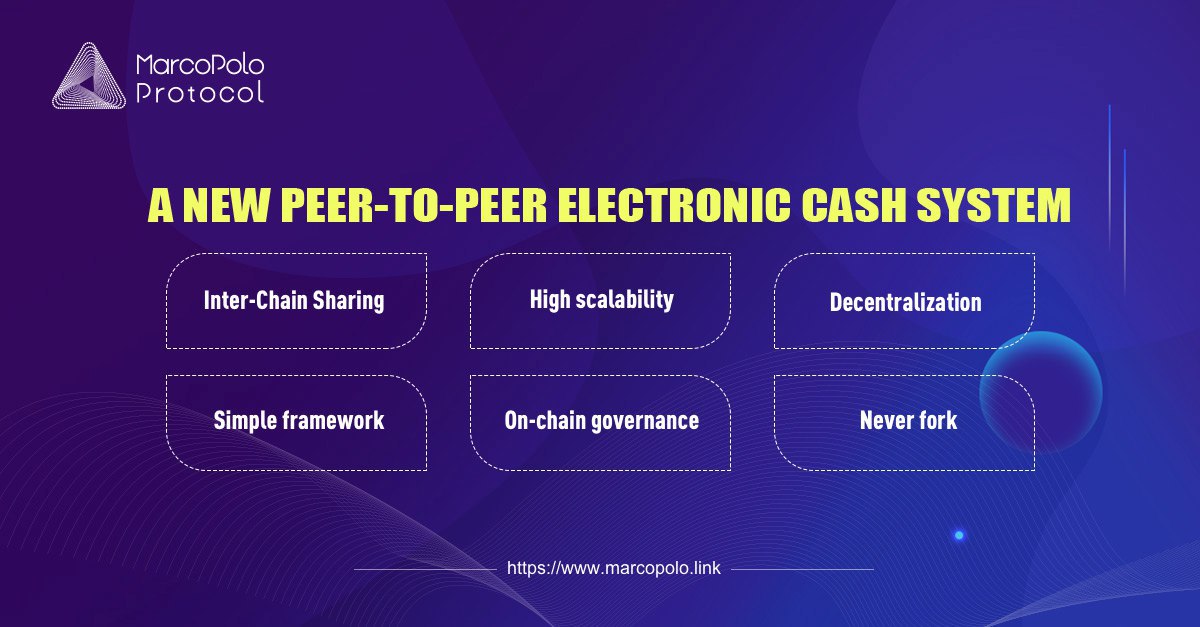 MarcoPolo Project was initiated at the end of the year 2018 with a group of brilliant researchers, engineers, and developers from renowned universities and other blockchain projects. It defines itself as a new type of peer-to-peer electronic cash system and aims at building an infrastructure that provides interoperability and scalability for all public chains. Therefore, in such a case, the importance of an exceedingly high TPS cannot be exaggerated more. In order to make the cryptocurrencies largely free themselves from centralized mechanisms for monetary exchanges and operations in the future, a TPS above million is the minimum requirement. As the global economy continually grows, the efficiency of e-cash systems will face more and more challenges.

The first generation public chain, which represented by bitcoin, was a great innovation that brought the first cryptocurrency into the historical stage. The decentralized financial system of bitcoin is fairly safe because its consensus algorithm -proof of work- protects the blockchain network against different attacks. However, even though the mining requires expensive computer hardware that consumes a large amount of power, the transaction per second can only achieve as low as 10. The appearance of Ethereum, a new blockchain-based distributed computing platform, marked the rise of the second-generation public chain with scripting functionality called a smart contract. The use of smart contracts can remove the need for intermediaries, reducing operational costs significantly. Since developers could create and publish applications (DApps) on Ethereum blockchain, Ethereum greatly contributes to the scalability of the blockchain network. Nevertheless, in terms of transaction speed, it only improves TPS to 30. The number still not meets the expectation.

MarcoPolo Protocol intends to solve the problem and increase the TPS immensely in order to realize the use of cryptocurrencies in real-life scenarios. It is a multi-chain architecture that natively supports multiple assets. It consists of one standard chain, a set of synerchains, and a set of interactchains. The standard chain is responsible for achieving cross-chain consensus and transaction distribution to synerchains. Synerchain, an independent blockchain with its own consensus protocol and State Transition Function (STF), interacts with the standard chain through Message Transport Protocol (MTP). Interactchain enables MarcoPolo to interoperate with other public chains through Blockchain Remote Procedure Call (BRPC) to achieve resource sharing. 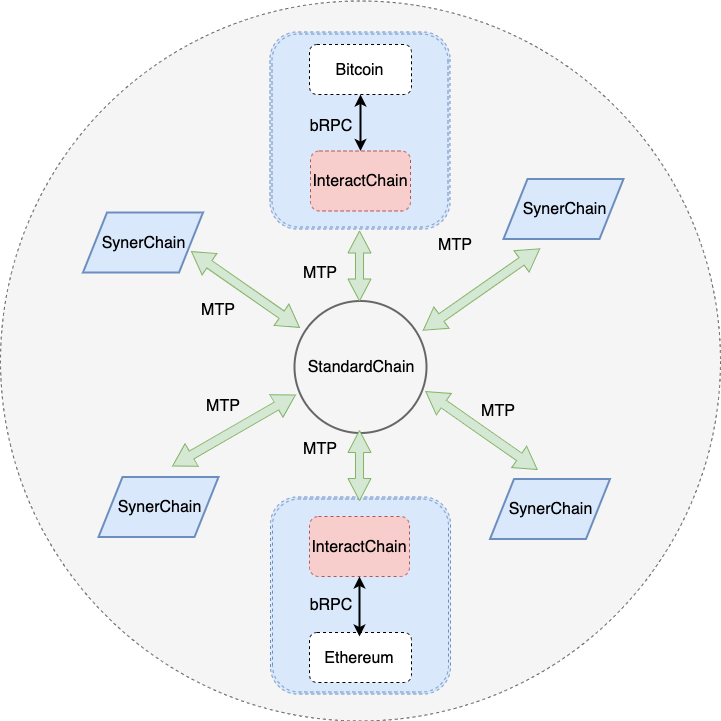 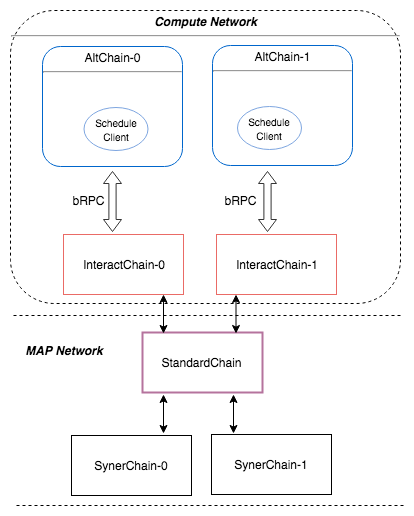 MarcoPolo's inter-chain interactions comply with MTP and BRPC protocols to transfer information and assets from one chain to another. It utilizes multi-chain resource sharing technology to distribute transactions to target chains. The target chains, composed of all third-party public chains, are connected to the MarcoPolo network by corresponding interactive chains to process transactions simultaneously. Therefore, such an operation can significantly improve the TPS of the MarcoPolo main network.

The more I get to know MarcoPolo Protocol, the more I find its name intriguing. Among the new generation of public chains and inspired by its great predecessors and companions, MarcoPolo Protocol wishes to build the infrastructure that serves the entire blockchain world and to connect one public chain with another, just like the Italian explorer had achieved. Furthermore, as we all know "Book of the Marvels of the World" cannot be written by just one person by imagination. The ups and downs of the story were based on the experience and interactions with other people and culture along the way. MarcoPolo Protocol, like most of the other extraordinary blockchain projects, is open source. The community has attracted researchers, developers and technical promoters in different fields such as computer science, cryptography, cybersecurity and etc. In addition, the project is generously invested by SoftBank, one of the world's most famous investment banks. In order to motivate brilliant and talented people to get involved in this open-source project through different levels, MarcoPolo has set up a pool of 9% of the total MAP as incentives for the technical community.

MarcoPolo primarily targets three application scenarios of Dpayment, DEX, and DeFi to build the e-cash system infrastructure serving the whole blockchain ecosystem. Currently, DEX and DeFi are structured and operated on one single chain. DAPPs built on MarcoPolo Protocol are able to share DEX and DeFi achievements from any other ecosystem. Moreover, MarcoPolo can be frequently encountered in various application scenarios in daily life. It will soon realize offline payments in Southeast Asia by its own token (called MAP) and other digital currencies as well. The market demand for MAP will be increased continuously in the near future. MarcoPolo Protocol (MAP) is already listed on the Coinmarketcap, Coingecko, CryptoCompare, mytoken, and even feixiaohao which is China's biggest Inclusion website. Recently they even received a lumpsum amount of strategic investment from the Singapore Softbank Investment Co., Ltd, while the first-ever funds for investment were received on October 28, 2019. The Singapore Softbank Investment Co., Ltd. is a completely owned subsidiary of the Softbank Investment Co., Ltd., which is basically engaged in a strategic investment in the various emerging industries like blockchain.

With its grand vision, MarcoPolo Protocol welcomes every single of you with certain specialization to join the community in order to write its "Book of the Marvels of the World" collectively and will definitely enjoy your company along the way to explore the cryptoworld together.