HOUSTON, TX / ACCESSWIRE / December 18, 2019 / Senior Judge Charles F. Lettow of the United States Court of Federal Claims issued an official ruling today in favor of homeowners and businesses who sued the Federal Government for damage resulting from the Army Corps of Engineers' operation of the Addicks and Barker dams during and after Tropical Storm Harvey [Case 1:17-cv-09001-CFL, Sub-Master Docket No. 17-9001L]. Judge Lettow's ruling relates to a May 2019 liability trial for thirteen "test properties" located behind the federal government's flood-control project, which was originally built in the 1940s to protect downtown Houston. 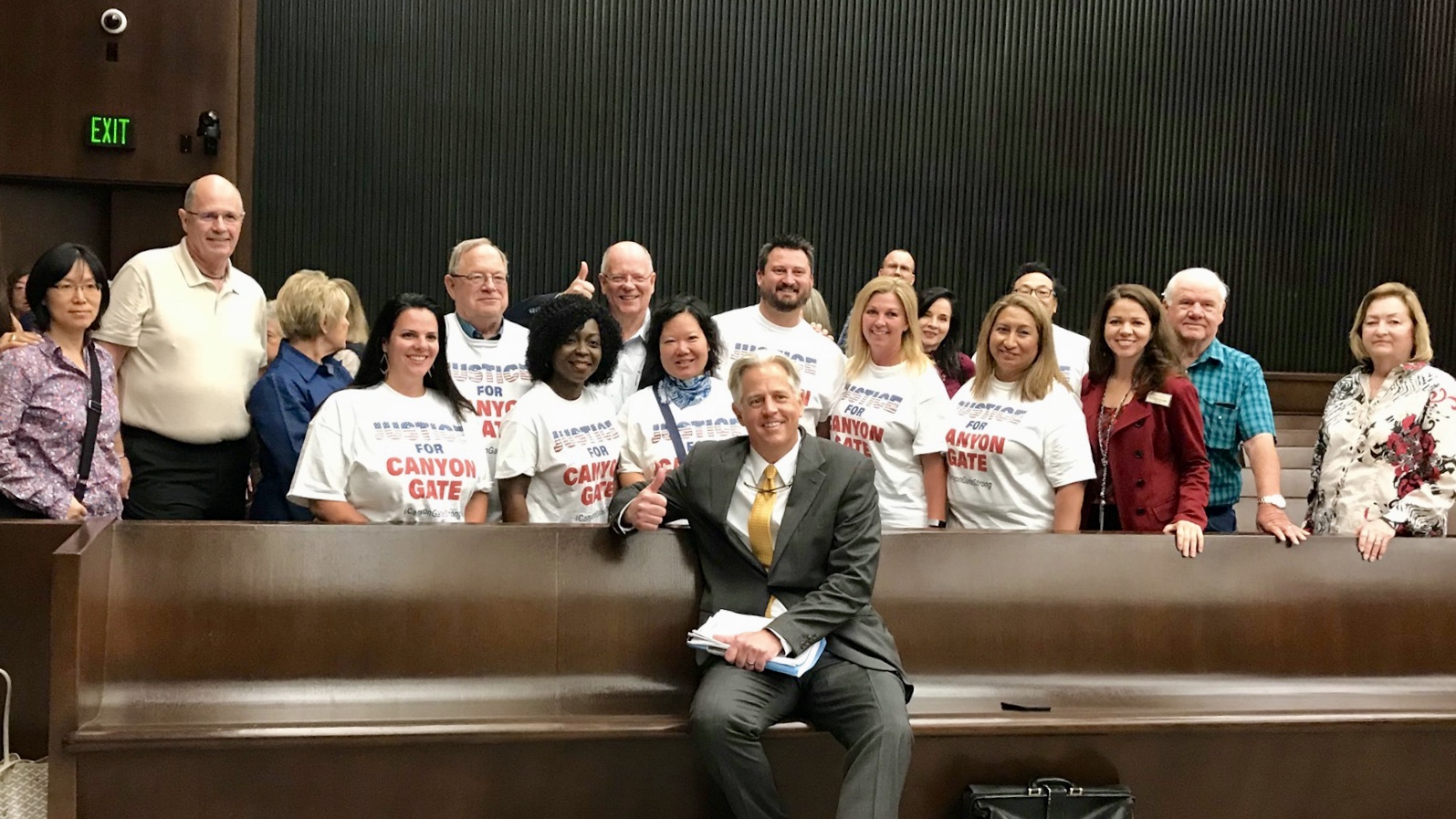 May 14, 2017 photo of Armi Easterby and several of the homeowners who were flooded by Addicks and Barker's reservoir pools

Armi Easterby, partner at Williams Hart Boundas Easterby, LLP who is part of the court-appointed team that took the case to trial, stated: "This is a huge win and a big step in collecting fair compensation for the thousands of families and businesses that suffered catastrophic damage from the government's flood pools."

The property owners brought "inverse condemnation" claims under the Fifth Amendment, which requires that the government pay Just Compensation when it takes property for a public purpose. During the liability trial, plaintiffs showed how the Addicks and Barker dams, located 17 miles west of downtown Houston, held back and controlled stormwater in two massive "flood pools" that submerged over 7,000 acres of privately-owned land.

The government denied owing compensation to any homeowners, and argued that any damages were temporary and could be repaired.

The United States Court of Federal Claims is a federal court that hears claims against the United States government. Senior Judge Lettow held a 2-week trial in Houston, Texas, which concluded on May 17, 2019. Over 30 witnesses were called to testify, including property owners, representatives from Harris County and Fort Bend County, personnel from the Army Corps of Engineers, as well as experts in hydrology, meteorology, and real estate valuation. The trial included a site inspection during which Judge Lettow personally viewed Addicks and Barker.

In his ruling, Judge Lettow held that the federal government's construction and operation of Addicks and Barker was a "taking" under the 5th Amendment, entitling the homeowners to Just Compensation. "The court finds that the government's actions relating to the Addicks and Barker Dams and the attendant flooding of plaintiffs' properties constituted a taking of a flowage easement under the Fifth Amendment. Thus, the court finds defendant liable" [Case 1:17-cv-09001-CFL, Sub-Master Docket No. 17-9001L].

Mr. Easterby, who has been licensed in the Court of Federal Claims since January of 2000, said the next phase of litigation is to determine the amount of compensation owed by the government. "With this win under our belt we can now turn to the damages phase, in which we'll work to collect fair compensation for our 1,000+ clients," said Mr. Easterby.

Based in Houston, Texas, Williams Hart Law Firm handles cases throughout the country. To learn more about the firm, visit www.myreservoirclaim.com and www.whlaw.com, or call (800) 220-9341.