How Chrisa Pappas Is Shaping The Fashion World

How Chrisa Pappas Is Shaping The Fashion World

NEW YORK, NY / ACCESSWIRE / December 17, 2019 / The fashion world is changing. A fast-paced runway of new styles and designs seems never-ending, and in an age where the public opinion bends to the will of more than just royalty and press, one question sticks out: who influences the modern look? 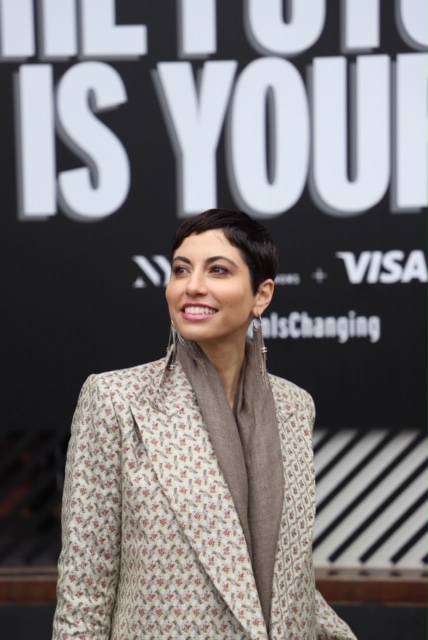 Historically, fashion buying trends have been driven by incredibly elite groups of people. If we took a trip back as far as the Middle Ages, we could view commoners aspiring to dress like their kings, queens, and noblemen, and if we jumped a few centuries into the 1900s, it was film and music stars that held the greatest power.

But in the twenty-first century, it is the influencers of social media who have begun to play pivotal roles in the popular trends recognized by the average consumer.

Among this new age royalty is Chrisa Pappas, a powerful figure in the social media world. A local phenom based in Sacramento, Chrisa always rocks a chic pixie cut, and designer brand clothing. Serving looks to her thousands of loyal fans on Instagram, she never fails to impress the masses.

Take a journey through Chrisa's Instagram feed, and you'll find nothing short of the boldest, most fashion forward pieces draped elegantly against her fair skin. From evil eye accessories to bright yellow Hermes' clutches, she takes pride in every design she carries and wears, and it shows clearly in her posts.

In a recent interview, we asked Chrisa how she hits it on the nose every time. With a humble smile she told us, "I love the art of balancing all these vivid colors and patterns with milder tones, and pairing eye-catching silhouettes with the perfect accessories. It can be hard to do, and I think it takes a special kind of daring to rock every look with confidence."

From brave combos of leather and soft jersey pleating to red bomber jackets, Chrisa hasn't left an artistic stone unturned. Her connections to high profile luxury brands has not only put her in the public view as a strong businesswoman and media mogul, but as a trendsetter. Her natural glow and confident posture pulls even her most rigid followers into her world of playful design and clothing adventures.

But how does an influencer in the modern fashion scene get to the top, and manage to keep their followers engaged? For Chrisa, it is simple. She tells our team that the keys to her lifestyle are passion, ambition, and authenticity.

Chrisa posts consistently in new and exciting outfits, always with a flattering pose and a smile, and shows the world her true love of the industry. She's down to earth and real, sharing lively flicks from her travels around the world, and sometimes a picture with her adorable family.

And Chrisa's connections speak for themselves. Making appearances on the big stages of fashion throughout the last few years, she has been spotted as a special guest of Paris Fashion Week, the Cannes Film Festival, and outings for Louis Vuitton, Gucci, and Saks.

But to backtrack to the original question: who influences the modern look? For the time being, media influencers do. While it is uncertain what the future of this sphere of influence holds, we know for a fact that with her dazzling wardrobe and magnetic personality Chrisa Pappas is indeed apart of it.