Mohammad Shaikh: The Epitome of Knowledge

Mohammad Shaikh: The Epitome of Knowledge

KARACHI, PAKISTAN / ACCESSWIRE / December 9, 2019 / An author who has penned down numerous influential books, Mohammad Shaikh is an exceptional Muslim scholar, preacher, and the founder of the International Islamic Propagation Center (IIPC), which is a viral propagation Institute of Canada. A charismatic personality, an influencer and a motivational speaker, Mohammad Shaikh has made his name as an expert researcher of Quran. 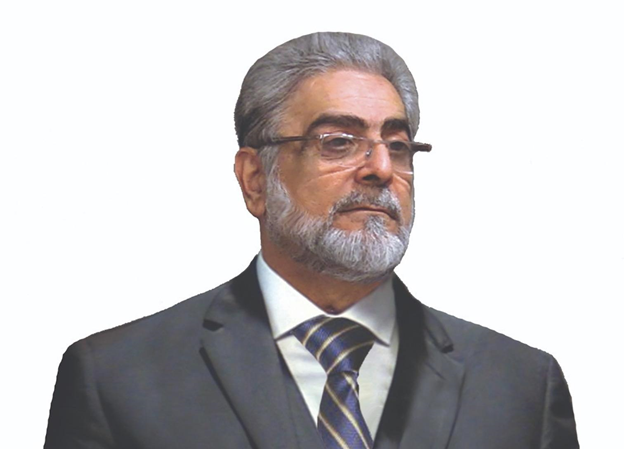 Mohammad Shaikh (born on 6th October, 1952), was brought up into an upper-middle-class family in Karachi, Pakistan to Ghulam Nizamudin and Tameez Jehan Begum. His father belonged to an eminent Muslim family of Delhi and had graduated from Aligarh University. Mohammad Sheikhs' grandfather Ghulam Fareed-Uddin was a devoted follower of Mohammed Ali Jinnah, who had initiated the Pakistani moment and founded Pakistan. He was the honorary Captain and the Chief of Police in Delhi. Shaikh grew up in a religious aura, receiving his basic Islamic education under the towering shadow of his father.

Mohammad Sheikh's father had started giving him primary religious knowledge about the Holy Quran since he was a kid. Ghulam Nizamuddin was very particular about the same. Mohammad Shaikh attended Islamia College, which is located in Karachi. One of his teachers, the (Late) Maulana Hafiz Qari Abdul Haq, taught him to read the Quran. The teachings under Maulana Hafiz Qari Abdul Haq took place at Alfalah Masjid. This is where Mohammad Shaikh performed Aitakaaf till the age of 42.

Mohammad Shaikh followed the longstanding family tradition of making a career in uniformed services. He joined the Military Police as National Services Inductee. Later on, Shaikh took part in the Indo-Pak war of 1971. Post that, he joined Merchant Navy and was promoted to the rank of the second officer. His younger brother, too, followed this family tradition and served the Pakistan Army. He retired as a Captain.

An event took place in Mohammad Sheikhs' life that, to date, has a profound impact on him. On 15th December 1986, a few armed criminals broke into his office to kill him. Soon bullets were fired. However, thankfully, Mohammad Shaikh left unharmed.

Later on, Mohammad Shaikh spoke that he had prayed to Allah that if he survives and his life was spared in this attack, he would devote all his life to Allah and his cause. While his prayers were answered, this ordeal tormented him, leaving him psychologically and physically drained.

After this incident, Mohammad Shaikh decided that he would teach the Quran and its preaching fearlessly and will take a stand, without second thoughts for what the Holy book stated.

One of the most astounding achievements of Mohammad Sheikh is that he is the only preacher from all over the World who got featured in the book "The 500 Most Influential Muslims 2010," published by The Royal Islamic Strategic Studies Centre, Aman Jordan. Besides that, his work has continuously been appreciated and acknowledged. Post that, he has also been given Honorable Credentials by "The 500 Most Influential Muslims" book published in 2011 and 2012 under the category "Preachers and Spiritual Guides".

Mohammad Shaikh had been listed at the Runners-Up position, i.e., ranked after Top 50. Soon after this, Reuters-Faith world conducted an online poll wherein; he was publicly voted as 4th Most Influential Muslim in the World. This was solely because of the immense devotion he has towards Islam.

There was an attempt to murder Mohammad Shaikh in the year 2005. This act was carried out by someone who strongly opposed the teachings of the Holy Quran and the ideals that he propagates. A bullet was fired at Mohammad Shaikh while he was in the middle of explaining verses to a follower at his center itself that wounded him severely. The bullet managed to pass through Mohammad Shaikhs' face above his jaw, causing damage to some nerves and breaking a couple of teeth.

However, while this attempt intended to stop work Mohammad Shaikh is doing, it has instead strengthened his willpower to bring the preaching of Quran to larger masses.

Mohammad Shaikh has organized a mission to promote the preaching of the Quran and Allah amongst larger masses. Today he has two established Internet channels, which are used to broadcast his discussions and religious shows 24*7 all over the World. These channels run in two languages English and Urdu.

He has been researching The Quran since 1985 independently. He has compiled approximately 50 reference booklets that contain ayats from The Quran on certain topics. Other than this, Mohammad Shaikh has also held private consultations in reference to The Quran whose subjects include:

Mohammad Shaikh is living his mission of propagating the messages of Allah and the Quran amongst mankind. More information on Mohammad Shaikh can be found on https://www.muhammadshaikh.com