NEW YORK, NY / ACCESSWIRE / December 7, 2019 / 21 year old Justin Grome is a man of many talents and his latest endeavor Clonefluence is a testament to just that. After having excelled in professional photography and iOS software development, Justin proved himself once again as his social media agency roars success, especially in the music industry. 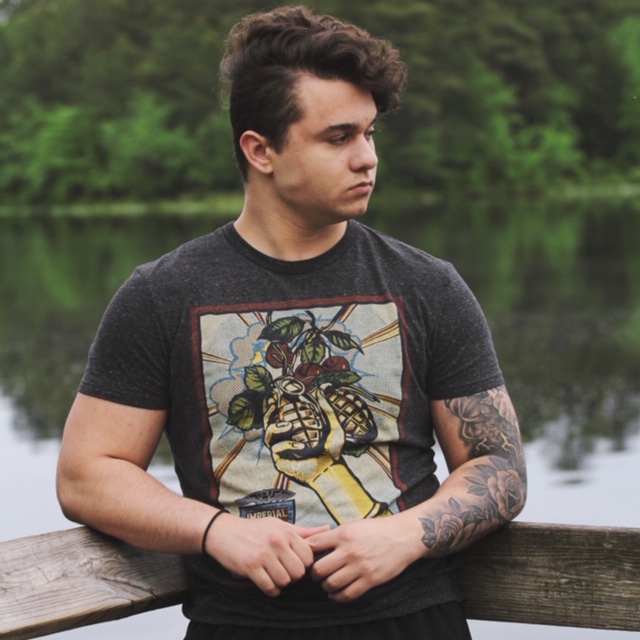 Justin Grome was born in Staten Island, New York and moved to New Jersey at the age of 5, where he found his love for photography. At the age of 11, he discovered the potential of social media when he used hashtags to increase his following on Instagram. He then learned graphic designing and software development to enhance his photography skills. As his following grew, he learnt ways to make money off of it by doing shoutouts and features of other artists on his page. Justin got his Bachelor's degree from Montclair State University in Criminal Justice.

Having grasped a fair share of success on Instagram, Justin turned his attention to Twitter where he would post comedic tweets as per the trends at the time. His tweets reached 100 million users in a month and over 25 million impressions. Famous Instagrammers, like @thefatjewish, significantly contributed to his growing pool of followers by reposting his tweets on their pages resulting in over 500,000 retweets and 700,000 favorites. He also got featured on Worldstar's Instagram page amassing over 50,000 comments, and on Buzzfeed for having the funniest tweets of the year in 2017. His increasing popularity resulted in him becoming the face of the app iFunny and many other meme pages that were starting out at the time. Justin had accumulated a mounting number of 2.4 million followers through Twitter over the years till his account got blacklisted and suspended for the use of "offensive content".

However, Justin saw it as a minor setback and shifted his attention to achieve something even bigger this time. Over the years, he had amassed not just followers, but also an extensive knowhow of marketing analytics and brand management. He worked diligently on his own for some time before officially launching Clonefluence in 2017. His first step was to build a reliable team which was extremely hard for him to find. He was able to obtain sponsorships from brands and companies like Fila, Sperry, ASUS, NFL, Walmart, Sunny D, Ad Council and more.

Clonefluence started out as a social media agency that worked with underground artists either through collaborative work or by handling their social media. Fixated on making a mark in the industry and achieving the guaranteed results, the company became one of the fastest growing businesses within 3 years. Clonefluence's purpose is to enhance online presence and to enable free communication between businesses and customers. It achieves its purpose by offering services such as Artist Management, Social Media Management, Promotions, Marketing, Follower Enlargement, and Blog Placements.

Justin transformed his venture into a true internet company; his employees are spread out throughout the United States to bring forth diverse ideas within the team while maintaining the luxury to work according to their schedules and from the comfort of their homes. Most of the work is done digitally making the Clonefluence team "Cloud Managers. Clonefluence is thus one of the first businesses ever to have an actual manager that books artists shows, manages their social media accounts, and helps them grow as an artist, but all through the internet. The company has worked with many underground and well-known artists alike such as Ash Riser, Ponce De Leioun, Atari Jones, Riff Raff, Uncle Murda, YONAS, Kiki Rowe, Skaa, and many more." The team is always vigilant of new trends and techniques to improve its overall performance and aims to double its annual revenues each year. Justin envisions limitless growth and success in the team's ability to make passion, support, and quality flow through everything they do.

Justin believes that digital technology is the future and it is key for businesses to be able to utilize it to its maximum potential. Being an all-rounder is nothing short of demanding but with perseverance, dedication, and business acumen, Justin pursued his passion and built a 6 figure agency in less than 3 years. The thriving entrepreneur serves as an inspiration to many and has some advice for young aspiring entrepreneurs; to show utmost dedication and consistent professionalism and nothing will be out of bounds.