Sheriff Scott Jenkins is one of five constitutional officers in the county. Jenkins supervises over 150 sworn and civilian employees. He is responsible as the chief law enforcement officer for the County. He also handles courtroom security, and manages the Culpeper County jail.

Jenkins soundly won the election by a large margin against independent opponent, C.J. Johnson, who has no prior experience as a chief law enforcement officer.

Culpeper is a county in the central region of the Commonwealth of Virginia. Situated just 75 miles from the nation's capital, Culpeper County houses several key federal and private facilities, many of which require enhanced security.

As of 2018, Culpeper had a population of approximately 51,859 residents. The median household income (in 2017 dollars) is $69,693. Culpeper comprises 379 square miles, all of which fall under Sheriff Jenkins' jurisdiction.

Scott Jenkins has held a number of leadership positions throughout his career, including Chief Deputy of Rappahannock County Sheriff's Office, supervising Criminal Investigations as a Sergeant and a Lieutenant, and supervising patrols as a Patrol Sergeant. He formed the first SWAT Team in Culpeper County, conducted the first "active shooter" training program for the Culpeper County Sheriff's Office and the Culpeper Police Department, and has served as a firearms instructor. 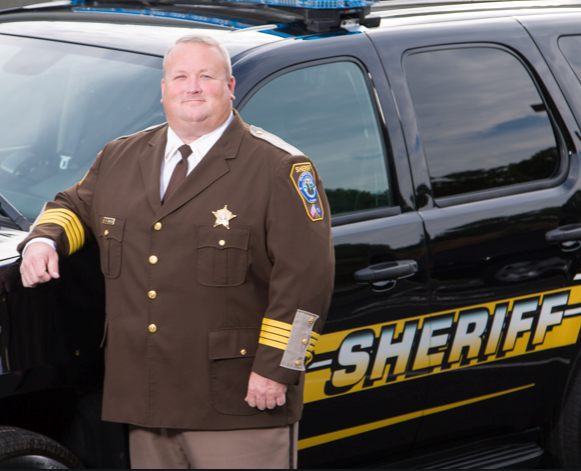 Scott Jenkins has proudly received the "Deputy of the Year" award from the Veterans of Foreign Wars. He was also honored to be selected for the Victim's Advocacy Award by the Culpeper Crime Victim's Assistance Program.

Protecting his community always has been, and remains, Scott Jenkins' highest objective. Toward that end, he believes that a limited federal government, strong Second Amendment rights, and clear-eyed threat identification and assessment are crucial. His thought leadership in these areas has resulted in him being invited to speak at local, state, and national conferences that address these issues.

For further information, contact the Culpeper County Sheriff's Office at 540-727-7520.