TALLINN, ESTONIA / ACCESSWIRE / November 6, 2019 / " The relative success of bitcoin proves that money first and foremost depends on trust. Neither gold nor bonds are needed to back up a currency". 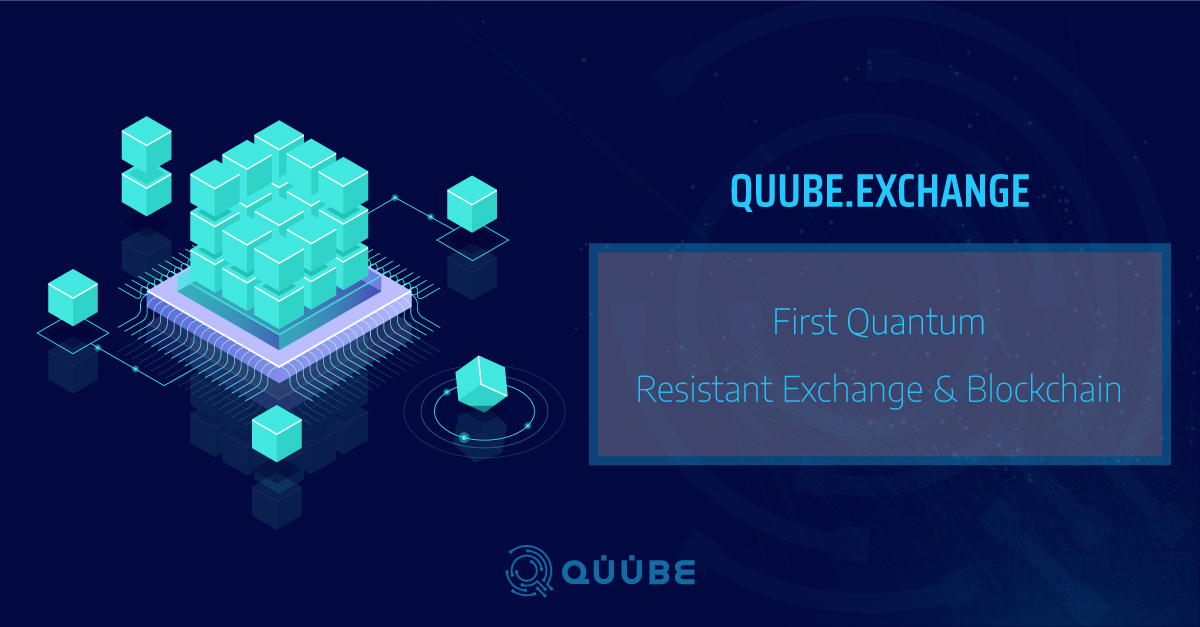 Bitcoin, back then the go-to gold for all the nerds out there. In recent times, bitcoin has been steadily overthrown by other models of tokens that work, based on the blockchain system. Blockchain has become a stable source to raise funds for projects or to transfer currency between investors and investing agencies.

Quube specializes in designing a blockchain ecosystem for your products. This blockchain system is created to be safe from quantum computers, which are a viable threat to all the blockchain network in the foreseeable future.

Product-based companies are always on the lookout for improved modes of transactions. Some companies want a system that can act as a means of trading money between investors and themselves. Other product-based companies, want a reliable system to raise funds for their upcoming products in the developmental stage. These product-based organizations find themselves venturing into the field of Cryptocurrency and blockchain networks for an easy way to set up funds for their projects.

Blockchain is a tried and tested way to raise funds for projects and to create alternate transaction systems. Blockchain networks like Ethereum have been gaining mass popularity for transacting funds. Moreover, companies like Quube have created ways to reinvent the blockchain network as an investment vehicle by integrating them with new or existing products.

The highly useful Blockchain is safe and steady for now, but it does face a certain threat in the future. The near future where traditional computers may get replaced with quantum computers. Here's the deal with Quantum computers, they work a little differently than our current computer tech. While our computers use atom-sized transistors to work on bits of data, quantum computers work on the quantum bits( referred to as Qubits).

Physics works very differently on the quantum levels and therefore makes these quantum computers extremely powerful with the help of Qubit based calculation. Here's what a single quantum computer cab do to a basic blockchain network

1. One quantum computer connected to a blockchain can perform a 51% attack successfully, allowing a single operator to gain control of the blockchain network.

2. A single quantum computer can stop a Blockchain network from making confirmation in the network, virtually preventing any new transactions.

3. Encryptions used in Cryptocurrencies and Crypto wallets, usually take a sizeable number of years to crack from a traditional computer. However, a single quantum computer can crack this encryption within minutes and all the assets can be easily transferred to wherever the quantum operator decides.

Quube is one of the many companies, that is well informed and ready to launch a quantum-safe ecosystem for upcoming projects and available products. QRP ( Quube Quantum Resistant Blockchain Protocol ) is the blockchain of blockchain, created by Quube to prevent and fend off quantum attacks in the future. This makes for safe STO offerings and token lifecycle transactions on the quube platform.

Every transaction made on the Blockchain network created by Quube is tracked in the QRP which makes a double layer of protection for your network. Quube makes quantum computers redundant when used to hack one of their networks with the help of QRP.

As an additional factor, this Quube platform serves as a secondary trading platform to ensure quick trading for the LBO focused companies.

The Business model of Quube is pretty simple and follows safe standards for money. This can be explained by a set of detailed steps

2. Structuring of STO and preferred launchpad according to the project and the customer.

3. Accumulation of Investors with proper KYC ( Know Your Consumer ) verification

4. Distribution of tokens to the Investors and initialization of Fundraising

Quube also uses Quantum safety Techniques which consist of a

All these links are protected by QRA consisting of first-class encryption and Signature.

Credibility is a big factor when it comes to the investment world, especially when in the form of Cryptocurrency and e-money. Quube is one of those highly credible companies that believe in the human factor of credibility.

They have a mass following on all Social Media Platforms including Telegram and Linkedin. Quube has been warning their followers of the imminent quantum attacks that may take place in the future. Quube has been releasing posts and sharing valuable information, regarding these Quantum Attacks and Quantum computers for a while now. They have belief and solid backing proof that the Quantum era is approaching at a much faster pace than we expect it to.