SEATTLE, WA / ACCESSWIRE / October 30, 2019 / When you think of Wall Street you often think of busy New York offices or even the famous Wolf of Wall Street. All you need is a finance degree and you're good to go and head off into the corporate world where it's basically survival of the fittest- especially when it comes to stock trading. Another thought you may have when you think of Wall Street is that all of the stock-market trading is done in English, which was true for a long time until now. Today, there is a power couple teaching the ins and outs of trading to the Hispanic Community and the movement is called Latino Wall Street.

The founders of Latino Wall Street

The movement was created by power couple Tony Delgado aka @disruptceo and Gabriela Berrospi aka @gabywallwtreet. Berrospi is from Peru and her desire was always to become a leader in her community, which is why she attended NYU while she lived near Wall Street. Delgado is a serial entrepreneur and leader on the startup scene who is mostly known for his work in Puerto Rico's Entrepreneur & Startup ecosystem. He is originally from New York and moved to Puerto Rico after hurricane maria to start an entrepreneur community on the island and transform ordinary people into successful entrepreneurs at his company Disrupt Magazine and his event series Disrupt Puerto Rico. Prior to meeting Gaby, Delgado had worked with some of the top influencers in the online education space including Tai Lopez, Gerard Adams, and Grant Cardone. Tony knew from the moment he met Gaby that he could transform the consulting business and following she had created and turn it into a global movement to create wealth in the latino community. 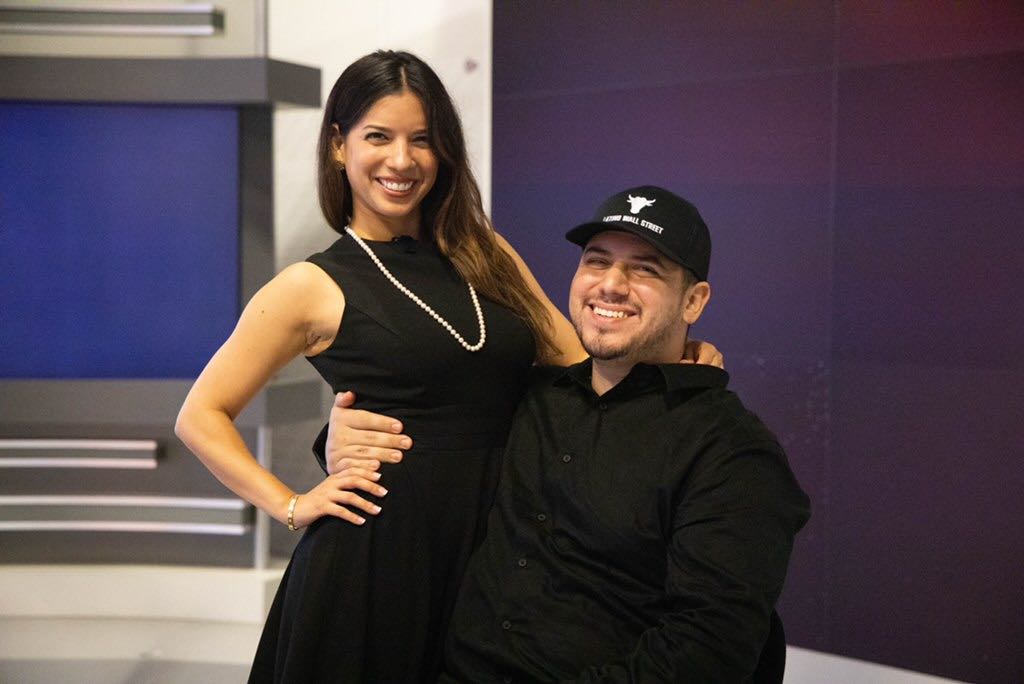 Berrospi attended a world-renowned conference, where she met a well-known Hispanic influencer, Guillermo Rodriguez. There were 5,000 people in the conference and by fate they sat next to each other - a conversation about her future plans led to the creation of a new- and never before seen- movement. Rodriguez promoted her in social media and overnight over 1000 Hispanic women contacted Berrospi with a fascinating interest in working with her.

This outcome made Berrospi realize something- she had often been teaching others trading skills but she had never done it in her native language, Spanish. They both saw this as an opportunity and a challenge to make Berrospi a leader in an untapped market. Once she had a specific plan to address the community and their hunger to learn trading, Delgado created the platform through which she delivered her first trading coaching program. It was an overnight success with hundreds of Hispanic women signing up overnight.

Together, Delgado and Berrospi are disrupting Wall Street. They have created their own Wall Street: Latino Wall Street. It has become more than a movement- a tight community where they are in daily communication with each other about the best opportunities in the market. With Delgado's technical skills and Berrospi's knowledge of trading, the two are without a doubt the perfect duo.

How can Latino Wall Street help you

Latino Wall Street was created to empower and educate the Hispanic Community about the ins and outs of trading. Delgado and his company Disrupt- which disrupts industries and transforms communities- and Berrospi's Trading Coaching Program go hand in hand- which is why it has been so successful in such a short period of time. Berrospi has helped almost 1000 clients gain valuable knowledge on trading and as a result, they have generated profits by applying the same strategies Wall Street applies.

Now, Berrospi has partnered with the owner of the hedge fund Never Alone Capital in Manhattan, Alan Burak, who has over 20 years of experience in the industry. They have created the first online course "VIP Traders" at Latino Wall Street. Their combined knowledge delivered in one online course has made their community have major breakthroughs in their finances.

Delgado and Berrospi will continue to educate and empower the Hispanic Community with their coaching programs and online courses. There is no limit to what is possible- or to how many people they can serve- there are over 400 million people in the world who speak Spanish. The sky's the limit for these two and this is only the very beginning for the power couple. This is only the first year of Latino Wall Street - stay tuned to watch this movement take over the world. You can learn more about the movement at LatinoWallStreet.com