A special link to donate directly to Toys for Tots can be found by clicking www.reeltime.com 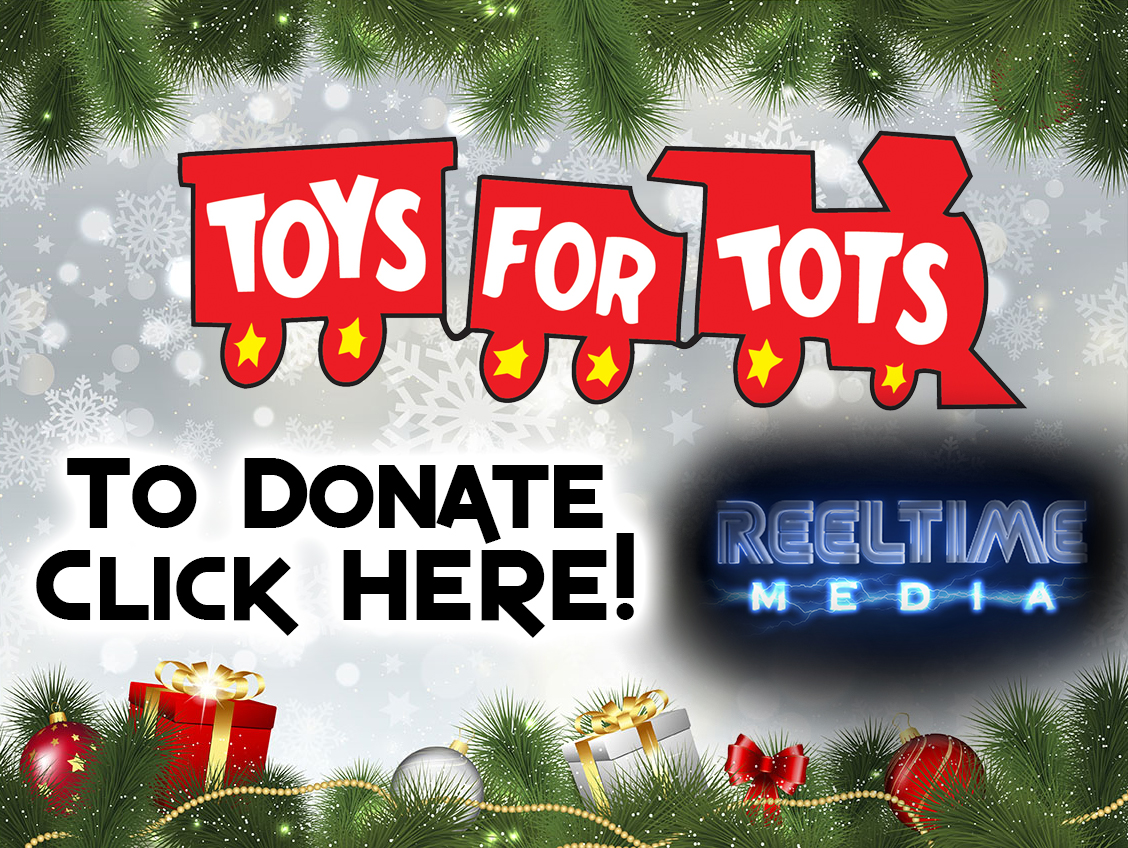 Toys for Tots is a program run by the United States Marine Corps Reserve which distributes toys to children whose parents cannot afford to buy them gifts for Christmas. To date, Toys for Tots has donated over a half a Billion toys and is among the most respected and supported charities in the country. Fortune is a global media organization dedicated to helping its readers, viewers, and attendees succeed big in business through unrivaled access and best-in-class storytelling. Since 1929 it has been among the most reliable sources for business news, ingenuity, and trends, trusted throughout the business community for the past 80 years.

The initial order alone from Toys for Tots placed through ReelTime Media will increase ReelTimes' 4th Quarter revenues in excess of $100,000 and further proves ReelTime is shifting the way companies are purchasing media and other advertising.

Barry Henthorn CEO stated: "We are thrilled to be working with Toys for Tots during their biggest season. Being able to provide the highest quality of media placements to such a worthy cause at a fraction of what it would cost if it had been booked via a traditional advertising agency not only helps our bottom line, but will allow more resources to be distributed where it truly counts - the smiles on the faces of the children."

ReelTime Media recently announced that ReelTime and The Stetson Mansion Launched a Primetime TV Campaign to 20 million Households Spanning 94 Markets over 27 States Promoting The Mansions Christmas Spectacular. In addition, RelTime Media has just become the exclusive marketing agency of record and production partner for the Baristas Coffee (OTCPK:BCCI) at home delivery network intended to deliver Ben and Jerry's ice cream and Baristas Coffee products to homes and businesses throughout America. ReelTime Media is handling aspects of the creative and production of a multimedia campaign for the Baristas initiative that is expected to include advertisements and promotions on TV, radio, print, social media, out of home, and new digital media.

About Toys for Tots: Toys for Tots, a 72-year national charitable program run by the U.S. Marine Corps Reserve, provides happiness and hope to less fortunate children during each Christmas holiday season. The toys, books and other gifts collected and distributed by the Marines offer these children recognition, confidence and a positive memory for a lifetime. It is such experiences that help children become responsible citizens and caring members of their community. Last year the Marine Toys for Tots Program fulfilled the holiday hopes and dreams of 7 million less fortunate children in over 800 communities nationwide. Since 1947 over 258 million children have been assisted. The Marine Toys for Tots Foundation is a not for profit organization authorized by the U.S. Marine Corps and the Department of Defense to provide fundraising and other necessary support for the annual Marine Corps Reserve Toys for Tots Program. For more information, visit www.toysfortots.org.

About ReelTime Rentals, Inc. d/b/a ReelTime Media: www.reeltime.com , is a publicly-traded company based in Seattle, WA (OTC PINK:RLTR). ReelTime Media provides end to end production capabilities and discount media purchasing that is redefining how companies are evaluating and purchasing their TV, radio, print, and other new media. ReelTime is also is in the business of developing, producing and distributing Virtual Reality Content and technologies. We have an end to end production, editing, and distribution capabilities for internal and external projects. ReelTime Currently produces three ongoing series for the Samsung Gear VR platform and distributes them over numerous VR delivery portals including Gear VR, Oculus, Veer VR, HTC Vive, YouTube 360, Facebook, and others. ReelTime Media also publishes the book "It Was Always Me Edward Edwards the most Prolific Serial Killer of all time" which has been the subject of a cover story on People Magazine, Rolling Stone, In Touch, and a six-part series on Paramount network, www.itwasalwaysme.com.