The Reviews of the Kevin David Course are Overwhelmingly Positive

LOS ANGELES, CA / ACCESSWIRE / October 1, 2019 / Kevin David, Founder of the Kevin David course "Digital Course Secrets," is pleased to announce that the reviews of his innovative course has achieved an impressive milestone: there are now forty 5-star Kevin David reviews on Trustpilot. 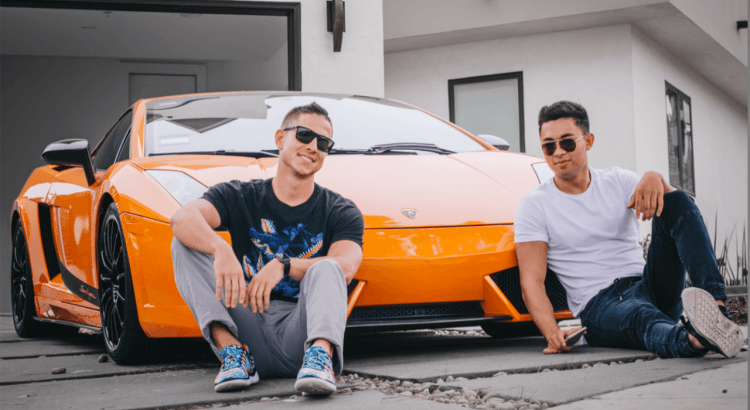 As Kevin David noted, he knows that while many people want to launch their own online course, they may not be sure how to go about doing it. This knowledge inspired him to create his "Digital Course Secrets" course and teach people the proven secrets of digital course creation.

The course features the proven strategies and secret hacks that Kevin David has used to help start a successful digital course, which will help build a devoted audience and bring in a steady income.

"Let me walk you step-by-step through the same strategies that I used to expand my Digital Courses to over $10 million in revenue in just three years," Kevin David said, adding that, for instance, Amazon FBA is one of the topmost passive income strategies used by millions of people.

That the Kevin David reviews are so consistently high on Trustpilot will not surprise the many satisfied people who have already taken his Digital Course Secrets class.

As one reviewer noted, he had spent at least 18 months trying to figure out the topic by himself. After feeling frustrated by the process, he signed up for Kevin David's "Digital Course Secrets."

Calling it "the only course you'll ever need," the reviewer said he is grateful to both Kevin David and the course.

"I have a zero doubt that anyone who is prepared to roll up their sleeves and put in the work will get the success they deserve through following this step-by-step program," the reviewer noted.

In a very short time, Kevin David has built a following of hundreds of thousands of inspired entrepreneurs. He quickly became a 7-plus figure eCommerce seller using the power of Amazon FBA, Shopify and Facebook Advertising. After mastering the process, Kevin David began pursuing his passion, which is teaching thousands of like-minded individuals to leave their 9-5 jobs behind and free them from corporate slavery. Kevin David's Amazon FBA, Shopify, and Facebook Ads courses and training continue to create success stories all over the world for thousands of students. Follow Kevin David for free trainings and daily content on how to earn passive income and live a good life. For more information, please visit https://officialkevindavid.com.

Kevin David spent his early life in Eugene, Oregon. Since he was 14 years old, he dreamed of being an entrepreneur. He graduated from Oregon State Honors College. He worked as a Facebook privacy consultant and accountant for a while. However, he did not like a 9-5 job. He succeeded in Amazon's FBA business. His online course on this subject has been awarded twice by the Comma Club.

The course has a 100% money-back guarantee from Kevin David. He teaches how to create ads for specific Facebook audiences. He also teaches advertising strategies and psychological marketing to maximize income. It offers bonus courses and online direct learning.

The course includes a money-back guarantee with five modules, 65 videos, and three bonus courses. In this course, Kevin describes the secret to reach the top of the dropshipping business. Besides this course, he has learned how to find profitable, accurate niches and how to find trends in new products.

People will discover reviews of his classes on David's YouTube channel. There, he also exchanges ideas on professions, investments, reviews of products and apps. He believes people can succeed in business if they gain strength mentally.