To learn more about BeyondSixFigures, which is now the largest one-on-one ecommerce mentoring agency in the ecommerce industry, please visit https://beyondsixfigures.org/. 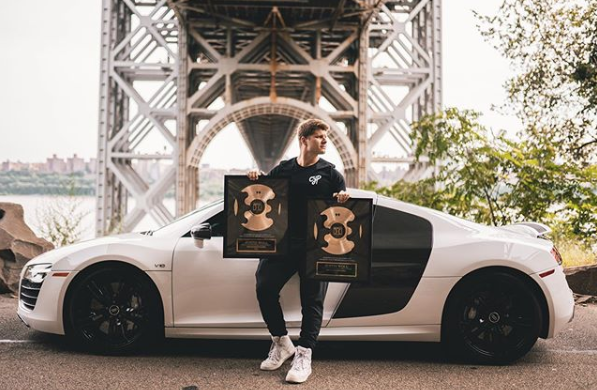 As Woll noted, through his business he has helped countless entrepreneurs scale to six and seven figure incomes. He is also proud to have a loyal following on Facebook, where his followers can communicate with him on a daily basis.

As a self-described serial entrepreneur, Woll is a 23-year-old millionaire that has built his empire from the ground up. In addition to running the largest one-on-one ecommerce consulting agency in the industry, he has a portfolio of other businesses. As Woll noted, he was awarded the 2017 Entrepreneur award from Rutgers University of NJ, a top business school for business students, and is responsible for consulting with many seven and eight figure companies who need help with marketing and sales processes.

Since he was 14 years old, Woll said he has had the desire to be his own boss. He started a number of entrepreneurial ventures, from running a large YouTube channel, to buying and reselling a variety of deals online, all while looking for that special "something" that would help him provide for himself and his family.

While in school, Woll said he was introduced to online marketing and ecommerce and was immediately hooked.

Having grown up in a fast-moving environment, constantly moving around homes and always having to worry about cash flow, Woll decided he would go all in with online marketing, stopping at no costs to hit the milestones he wanted.

Woll said he soon realized he was a natural salesman, marketer, and entrepreneur. His first store and other businesses went on to do mass numbers in just the first 6 months. He became hooked to building businesses.

Soon, Woll realized that there was a big gap for authentic and real advice. He was getting bombarded with messages and questions day and night. He finally decided to "give in" and offer a few select one-on-one coaching spots to teach fellow entrepreneurs, even after being advised against this, since coaching was seen as being too demanding.

"No matter their business size, we are able to provide them with specific tactics for them to either establish their business or further grow it once they plateaued," he said.

Woll now eats, sleeps, and breathes marketing, mentorship, sales, and branding. He has made it his life's goal to never stop doing what he does and continue to help thousands of people reach their goals. That's exactly what he has been able to do through his BeyondSixFigures brand, and he is now focused on creating other massive moving parts for the business to continue to change the world.

About Justin Woll and BeyondSixFigures:

BeyondSixFigures is the largest one-on-one ecommerce consulting agency in the industry. Founded by Justin Woll, they help ecommerce entrepreneurs of all levels to start, stabilize, and scale their business. For more information, please visit https://www.instagram.com/justinwoll/.