NEW YORK, NY / ACCESSWIRE / September 10, 2019 / Rudy Bundini’s tall, athletic, attractive physique, strong facial features and sharp sides landed him an opportunity to represent the Nike Inc. sports brand. Rudy Bundini, is now impressively, the new male face of the ever so famous, Nike Inc.Nike, Inc. is arguably the world's largest supplier of athletic shoes and apparel and a major manufacturer of sports equipment. Nike ranks 89th in the 2018 Fortune 500 list of the largest United States corporations by total revenue. And as of 2017, the brand is valued at $29.6 billion. 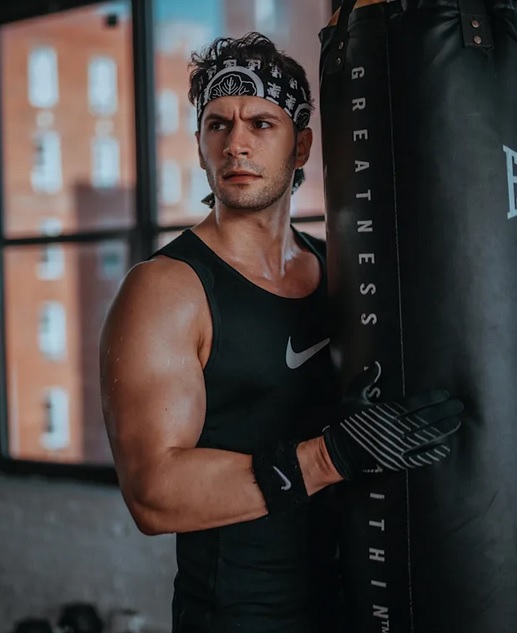 An American multinational corporation that is engaged in the designing, development, manufacturing, and absolute worldwide marketing and sales of footwear, apparel, equipment, accessories, and services; Nike is a heartthrob brand that has signed a heartthrob himself to be their new male face. Rudy Bundini, 32, is an American model who has been working as a professional underwear model for top fashion brands in the world. As a male model, he has adorned the pages of magazines like DNA Australia, Adon, Volant and has even featured in advertisements for superior brands like Puma, Levi's, Zuelements and Scotch & Soda.

The company has picked up new chits for their team in advertisements by adding a handsome new face to their campaign. Nike, known for using sponsorships and endorsements to boost sales, is reportedly working on a deal with Liverpool FC, an English football club, that is reportedly of $91 million. The deal undoubtedly would be the highest ever in the entire Premier League history.

Rudy Bundini was born on May 28, 1987 in Basel, Switzerland. In 2014, he moved to the United States to give wings to his career in modelling. Interestingly, he holds a Bachelors of Science degree in Mechanical engineering. Bundini, currently lives in New York City and has been working famously as an international model and actor, known as the "Male Commercial Model of the year" by IMTA. Rudy Bundini, has worked in fashion publications from Asia to New York to Dubai, gaining full recognition for his effort filled grinding. A world-renowned male supermodel, he initially came from a small pocket, with fears of the changing world and it's fashion preferences and navigated his modeling career towards commercials and editorials, skimming waves with perfect illusion. He earned every single thing he carries now, with utmost perseverance and natural talent. He is one of the most well-known faces in the modeling industry right now as he has been the face of greats like Versace, Georgio Armani, Philipp Plein, Hennessy and Roger Dubuis.

On the other hand, Bundini's performance charts have only gone uphill. He acknowledges that the master key for him has always been focus. Since modeling is an ever-changing industry, Bundini rightly stated, “To protect your feet, it is easier to have your shoes on, than to carpet the entire world.” Eric Paschall has also signed a deal with Nike Inc. Paschall has been a big name for the Villanova Wildcats, placing his team at the No. 1 position then. Rudy has also featured as a model in New York fashion week. Interestingly, Bundini, is known for starring in, The Beautiful Grind New York and additionally, he made an appearance in the action film, Furious 7 (2015), directed by James Wan, as a beach man. What a treat! More details about the model can be found at: Rudy-bundini.com

We Pay Cash For Houses LLC