ENCINO, CA / ACCESSWIRE / July 31, 2019 / Video streaming may be the most powerful disruptive force in the entertainment industry since television became a mass phenomenon. Just as the advent of e-commerce upended the world of traditional retail, so the meteoric rise of Netflix, YouTube, and Amazon Prime redefined the rules of content consumption, raising the bar for movie studios and cable networks. Driven by the increasing affordability of connected devices and high-speed broadband, the video streaming industry is forecast to expand at an annual rate exceeding 19% btween 2019 and 2025, reaching almost $125 billion in value. However, there was hardly anyone in the late 1990s expecting such explosive growth and the monumental impact on content consumption patterns, viewer habits, and business models. It was the early days of the internet, and watching video content on dial-up connections severely taxed the patience of PC users. Nevertheless, Daniel Aharonoff had the foresight to pursue a career in digital media, realizing that it would dominate the future. More than 20 years after founding his first successful company, online content platform VideoDome Networks, he is again pushing boundaries with his support for an innovative streaming project, Everland.

As a digital media consultant, Daniel Aharonoff has been instrumental in facilitating the transformation of such high-profile organizations as NBC and Fox Television. He continued to build up his expertise through numerous senior executive positions, expanding on his pioneering work of the late 1990s to become one of the most highly regarded digital media professionals and a prominent technology investor. Most recently, he has invested in Everland, an online gaming platform that aims to redefine the concept of a virtual community. The creator of the game is Byron ‘Reckful’ Bernstein, whom Daniel Aharonoff met through a mutual friend. The former professional esports player rose to fame as a teenager, becoming the highest-rated World of Warcraft gamer around the age of 20.

Currently in active development, Everland is looking to build an online community unlike any other, bringing players together through more than interactive chats. The platform will house a virtual world that users can explore with in-game friends and new acquaintances, in addition to which they can become the owners of virtual mansions. Users will also have the opportunity to engage in various other pursuits, such as DJing in a club, hanging out in the casino, and playing board games. Users will be able to purchase cosmetics representing their favorite streamers as well as socialize with them around Everland in various places via many mini-games custom-designed for the environment. The entire concept has the potential to introduce a ground-breaking streaming service made even more attractive by the fact that access to this fascinating world will be free. 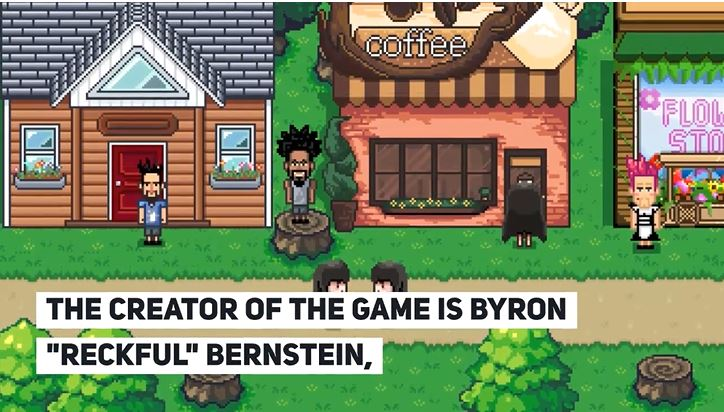 Daniel Aharonoff has been involved in the digital media space for more than 20 years, laying the foundations of his remarkable professional success with his appointment as a strategic consultant to NBC Television. He advised the company on the launch of its VideoSeeker online service and showcased its digital properties on numerous pioneering portals, among them World News, The Tonight Show, and Saturday Night Live. This assignment was followed by the position of acting CTO at FoxKids and Fox Family Channel, where Aharonoff consulted on all technology and digital media initiatives. In 1997, he founded movie content aggregator VideoDome Networks, serving as its CEO until 2004. After a number of senior roles at digital media companies, he joined BroadScaler Consulting in 2009, assuming the CEO responsibilities.