“Doubleview’s management is excited to resume its own exploration on the Hat Gold-Copper Porphyry property. Over the past year, Hudbay has provided tremendous geological and exploration insight to the Hat project with approximately $1.2 million expenditures without any dilution to the share capital or Doubleview’s property interest. Hudbay’s technical expertise has provided important new interpretations of the Hat Property, geophysics and geology and the development of exciting new exploration targets.” stated Doubleview’s President and CEO, Farshad Shirvani.

Further, he added that “the Company and its shareholders still retain a 100% interest in the Hat Property and have the opportunity to explore a number of recently developed drill targets, to further develop the Lisle Zone and several areas of high potential.

For Doubleview this change of events comes at an opportune time when: (1) a renewed interest in above average grade copper - gold porphyries is evolving due to the resumption of drilling on GT Golds Saddle Property, and (2) there appears to be renewed interest on the part of the investing public in junior resource sector.

Thus, with its current cash position, a new financing and resumption of management of the Hat Project, Doubleview is in a better position to expeditiously develop the Hat project with its >1000m IP target.”

As previously announced, the following table and diagrams illustrate the proposed drill program:

The proposed drill holes will be guided by 3D IP and geochemical sampling that revealed the potential extension to depth of the deposit.

Doubleview is planning the resumption of a drill program to test the new geological model of the Hat deposit develop by Hudbay Minerals. 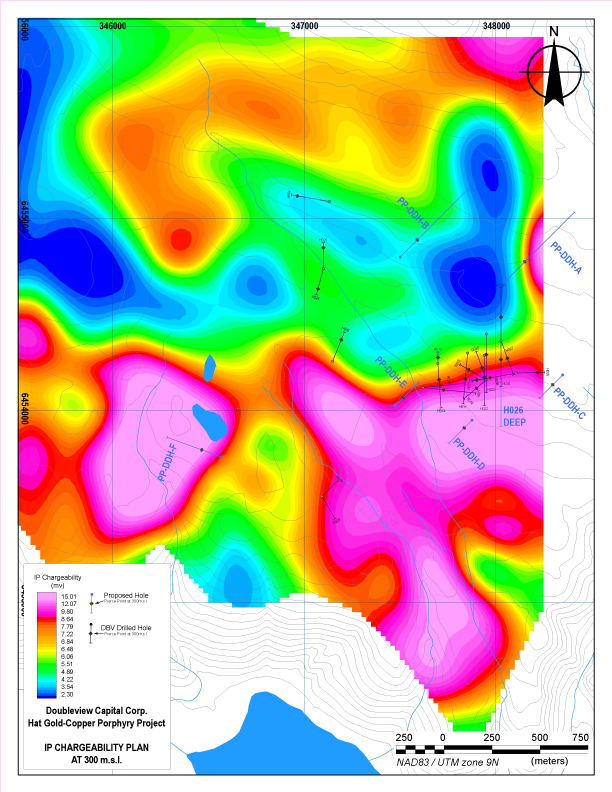 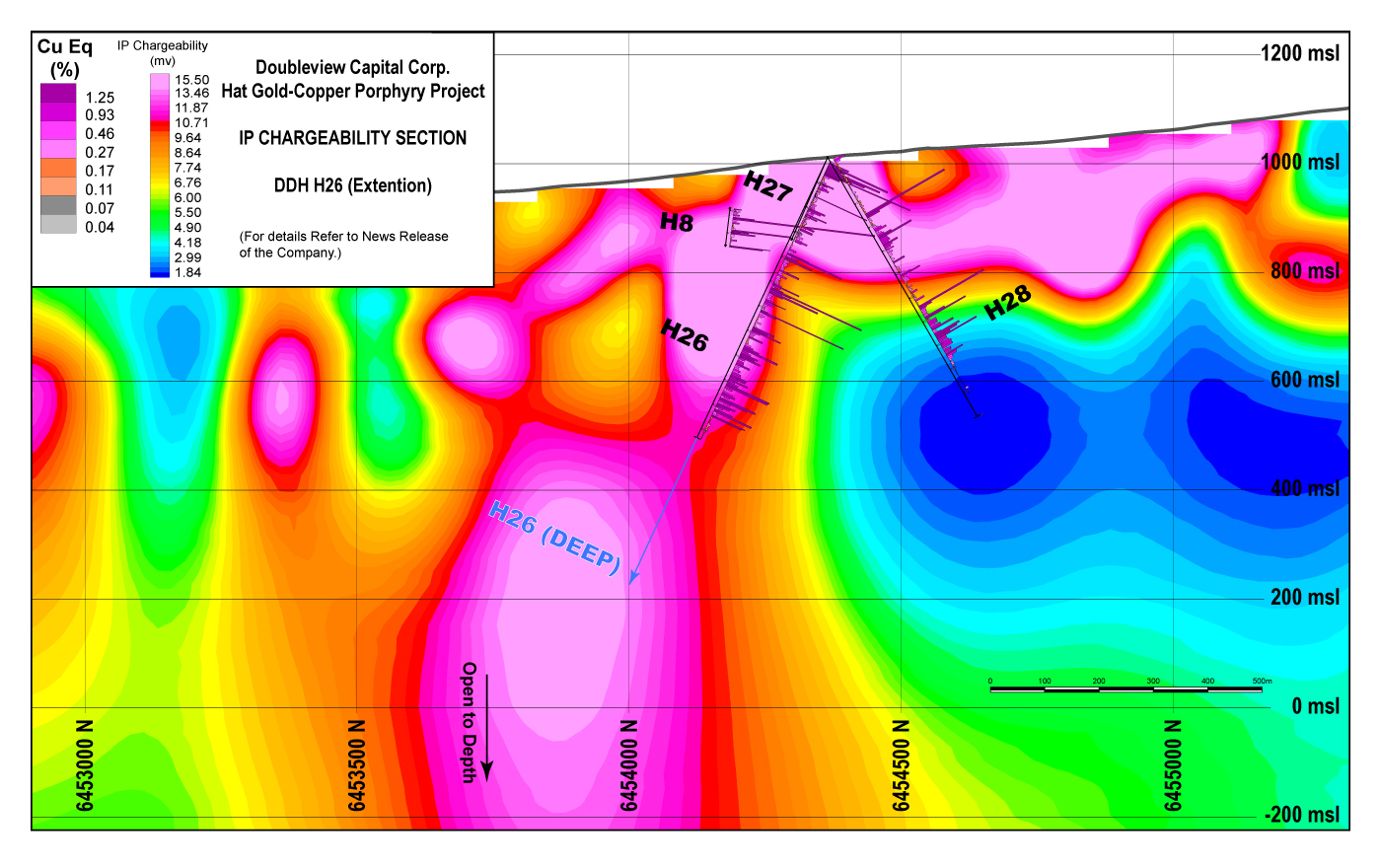 As set out above, Doubleview also announces that it proposes to complete a non-brokered private placement of up to 10,000,000 units at $0.10 per unit for gross proceeds of $1,000,000. Each unit consist of one share and one share purchase warrant, with each warrant entitles the holder to purchase an additional share at $0.15 per share for a period of two years from the date of issue.

Doubleview may pay a finder’s fee on the financing. Closing of the financing is subject to approval of the TSX Venture Exchange.

Mr. Erik A. Ostensoe, P. Geo., a consulting geologist and Doubleview’s Qualified Person with respect to the Hat Project as defined by National Instrument 43-101 Standards of Disclosure for Mineral Projects, has reviewed and approved the technical contents of this news release. He is not independent of Doubleview as he is a shareholder.

On behalf of the Board of Directors,
Farshad Shirvani, President & Chief Executive Officer