VANCOUVER, BC / ACCESSWIRE / July 25, 2019 / Searchlight Resources Inc. (“Searchlight” or the “Company”) (TSX-V: SCLT) is pleased to announce that it has entered into an option agreement (the "Option") with GEM Oil Inc. a private Saskatchewan company, to earn a 100% interest in two claims (the “Property” or the “Claims”) located near Creighton, Saskatchewan and 10 kilometres northwest of the city of Flin Flon, Manitoba.

“The Flin Flon North claims were optioned based on Searchlight’s ongoing regional compilation to target the most prospective areas in the Flin Flon Greenstone belt for new VMS base metal and gold mines,” stated Stephen Wallace, President and CEO of Searchlight. “In addition, the claims fit the company’s strategy of easy access, with Highway 106 running through the new project.”

The new option is located in the Flin Flon - Snow Lake greenstone belt, one of the most prolific mining belts in the world, with more than 15 past and currently producing gold and base metal mines within 25 kilometres of the Flin Flon North project. This includes the past producing Newcor, Rio and Henning Maloney gold mines, located on the Company’s flag ship Bootleg Lake Gold project (Figure 1). 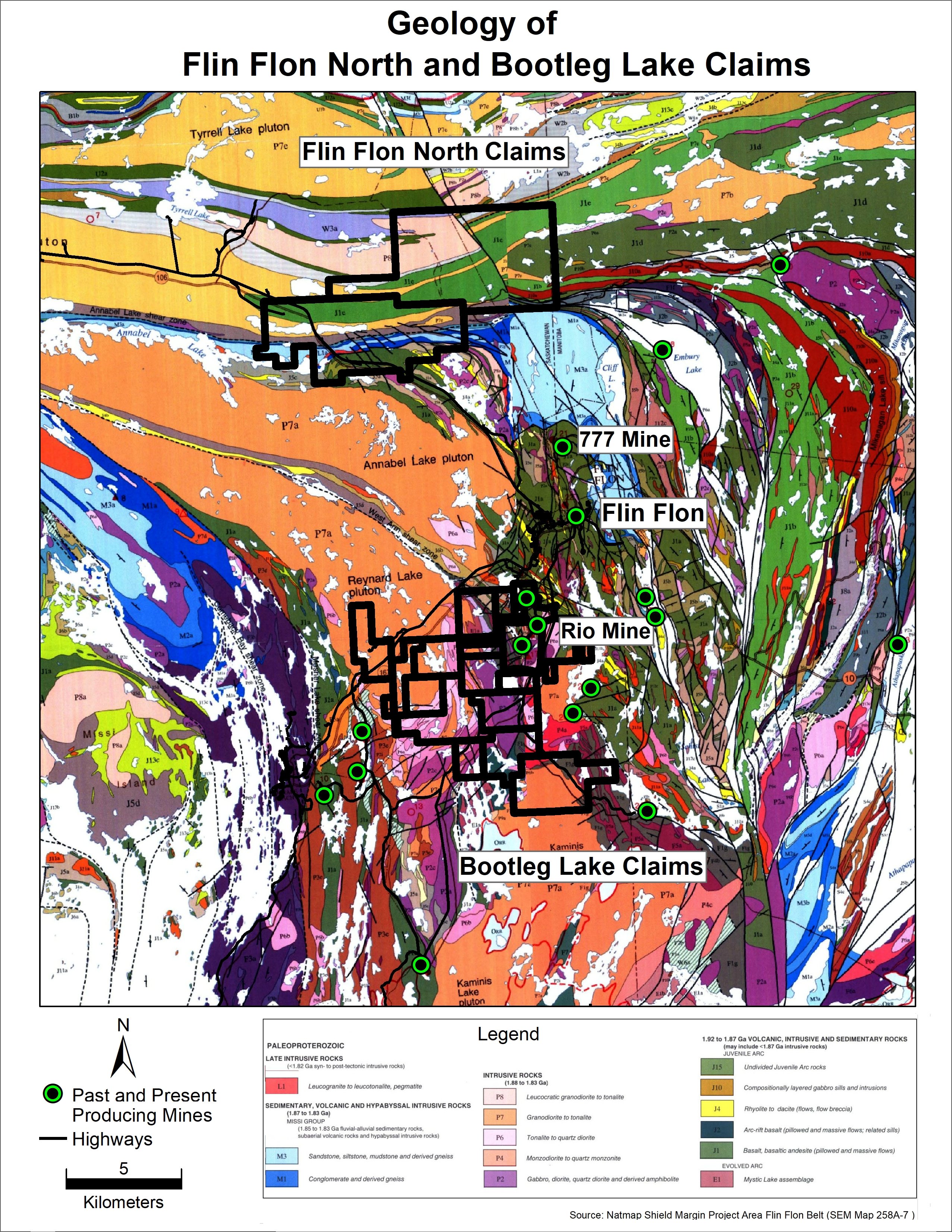 Recently, the Saskatchewan government completed a regional compilation of fixed-wing and helicopter-borne magnetic surveys in the Creighton - Flin Flon area, a new resource for exploration throughout the Flin Flon greenstone belt (Figure 2). One survey, the compilation of VTEM and Magnetics geophysics surveys completed by Geotech in 2009 for Callinan Mines Ltd, outlines a total of 18 targets within the North Flin Flon option. Searchlight will be following these targets on a priority basis. 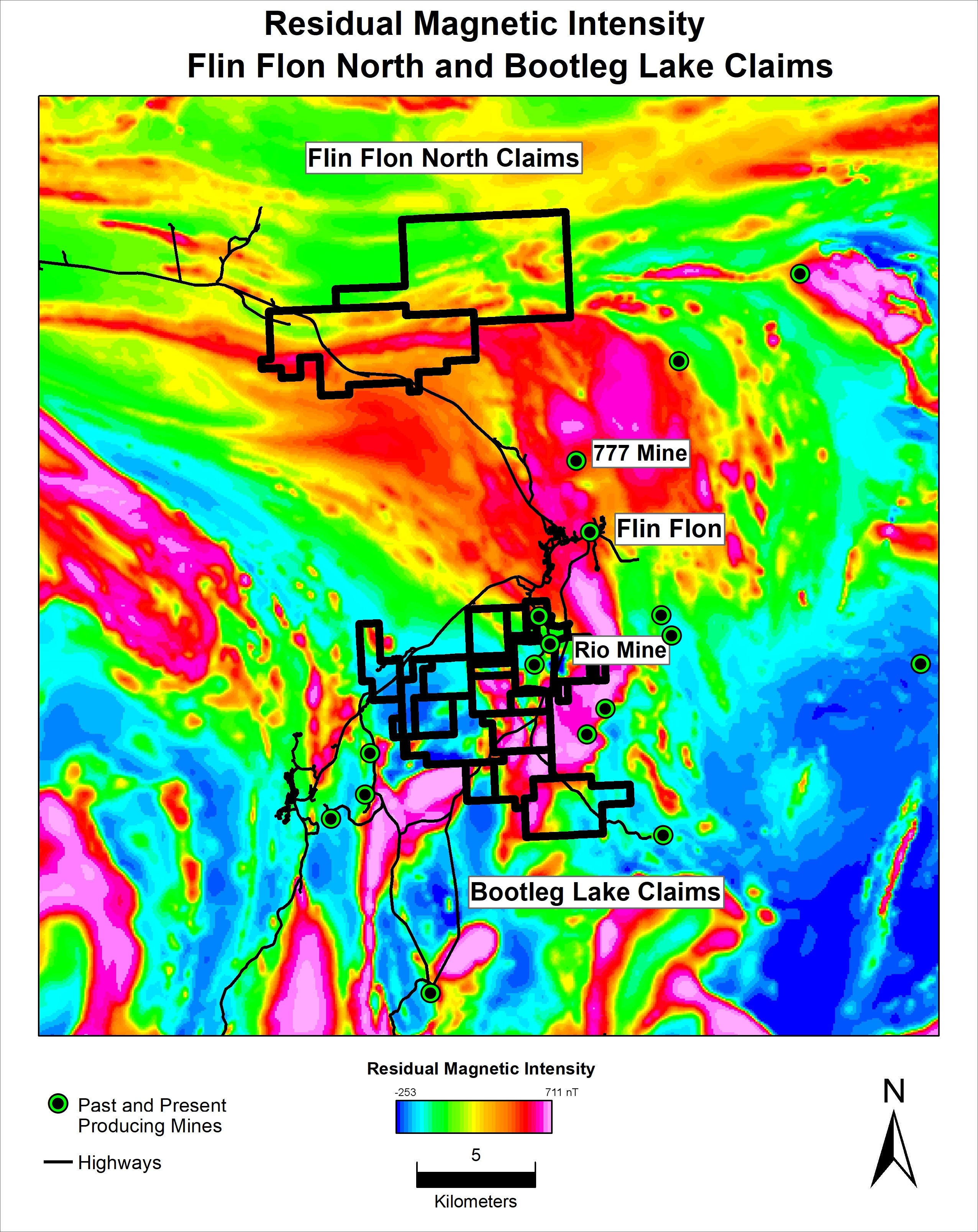 This Agreement is subject to approval by the TSXV

Gem Oil Inc. a 20.01% shareholder of Searchlight. As such Gem Oil is an insider of Searchlight and this transaction is subject to the acceptance of the TSXV. GEM Oil is an exploration company active in staking, evaluating and holding mineral claims in Saskatchewan wholly controlled by Mr. Shaun Spelliscy.

Stephen Wallace, P.Geo., is Searchlight's Qualified Person within the meaning of National Instrument 43-101 and has reviewed and approved the technical information contained in this news release.

Searchlight Resources Inc. is a Canadian mineral exploration and development company listed on the Toronto Venture Exchange (TSX-V: SCLT). The corporate strategy of the company is:

Information set forth in this news release contains forward-looking statements that are based on assumptions as of the date of this news release. These statements reflect management’s current estimates, beliefs, intentions and expectations. They are not guarantees of future performance. The Company cautions that all forward looking statements are inherently uncertain and that actual performance may be affected by a number of material factors, many of which are beyond the Company’s control. Such factors include, among other things: risks and uncertainties relating to the Company’s limited operating history and the need to comply with environmental and governmental regulations. Accordingly, actual and future events, conditions and results may differ materially from the estimates, beliefs, intentions and expectations expressed or implied in the forward looking information. Except as required under applicable securities legislation, the Company undertakes no obligation to publicly update or revise forward-looking information.