“The size of our delegation for this Parliamentary Assembly is a clear demonstration of the importance that the Americans place on this institution and its mission,” said Sen. Wicker ahead of the official opening of the event, which brought together approximately 300 parliamentarians from North America, Europe, and Central Asia.

In the opening plenary, Rep. Hoyer, a founder of the OSCE PA, reminded the delegates of the OSCE’s commitment to human rights, fundamental freedoms, and democratic governance. Rep. Moore then spearheaded the passage of a resolution on protecting and engaging civil society that was originally introduced by Helsinki Commission Chairman Rep. Alcee L. Hastings (FL-20). The assembly also adopted a second U.S. initiative on educating children to avoid human trafficking introduced by Rep. Smith, who serves as OSCE PA Special Representative on Human Trafficking Issues.

Fourteen of the 16 amendments proposed by the U.S. delegation were adopted, including those holding the Kremlin accountable for the collapse of the Intermediate-Range Nuclear Forces Treaty; criticizing Moscow for abusing INTERPOL diffusions to harass Kremlin critics abroad; expressing concern about the overreliance of European countries on Russia for energy supplies; and seeking to protect those who report hate crimes from retaliation. 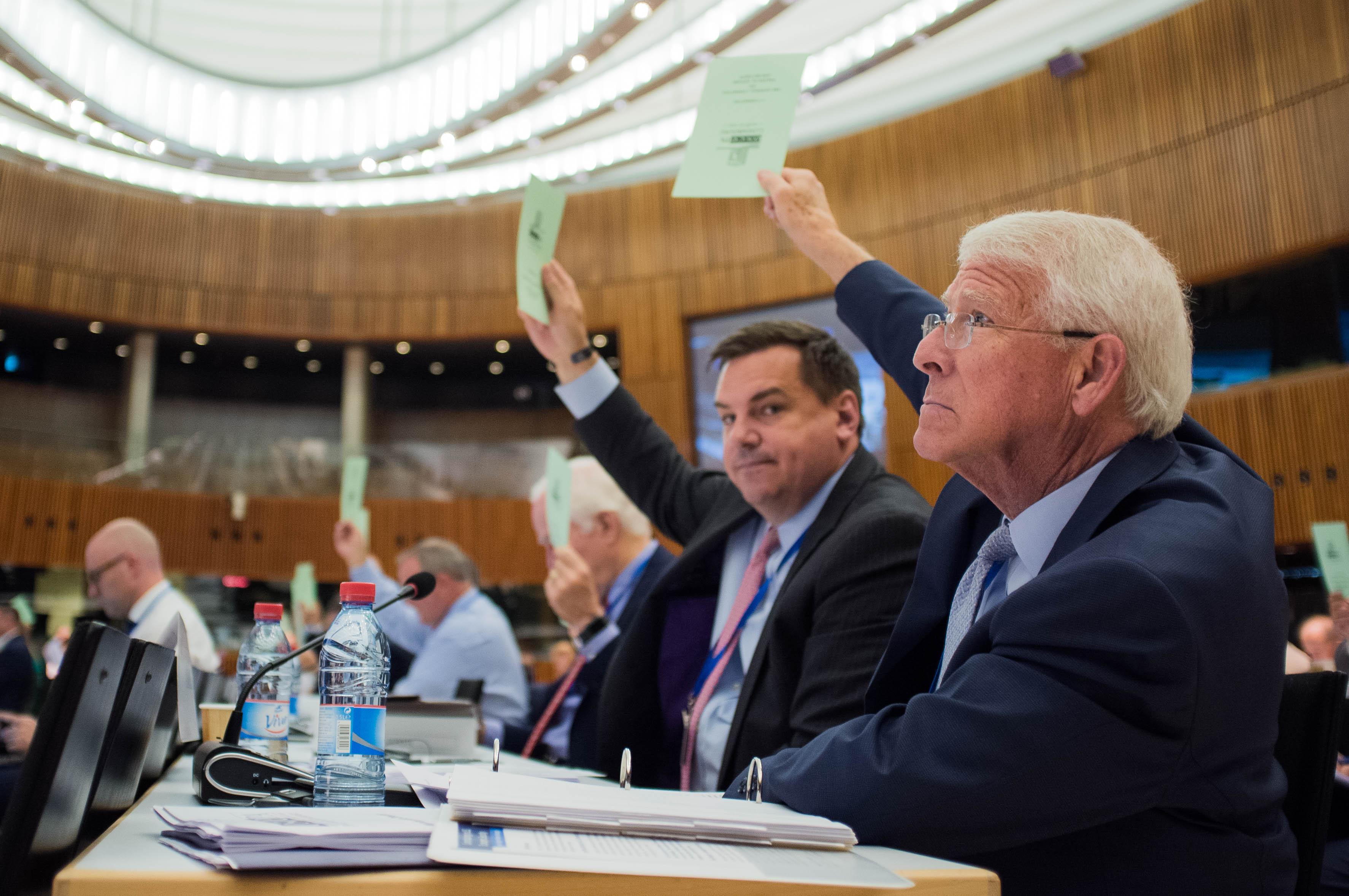 During the annual session, Sen. Wicker and Rep. Smith co-hosted a presentation to raise awareness and encourage reporting of efforts to entice children into being trafficked. Sen. Cardin, who serves as the OSCE PA Special Representative on Anti-Semitism, Racism and Intolerance, hosted a discussion on best practices to combat hate in society.

Prior to attending the annual session, Co-Chairman Wicker convened the first-ever Helsinki Commission hearing held outside of the United States. In Gdansk, Poland, senior U.S. civilian and military leaders briefed members of Congress on their approaches to enhancing security in the region. High-level defense officials from Lithuania, Poland, Finland, Sweden, and Estonia also provided regional perspectives on the evolving security environment in and around the Baltic Sea.

The Commission on Security and Cooperation in Europe, also known as the U.S. Helsinki Commission, is an independent commission of the U.S. Government charged with monitoring compliance with the Helsinki Accords and advancing comprehensive security through promotion of human rights, democracy, and economic, environmental, and military cooperation in 57 countries. The Commission consists of nine members from the U.S. Senate, nine from the House of Representatives, and one member each from the Departments of State, Defense, and Commerce.

Commission on Security and Cooperation in Europe (U.S. Helsinki Commission)