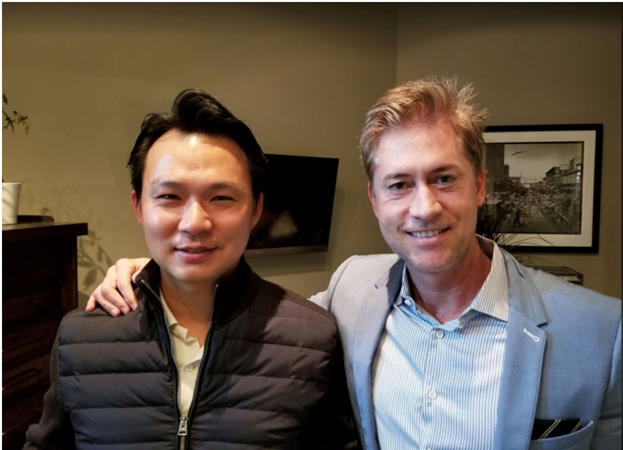 The question is why? Why are artists going solo?

Over the years, we have seen artists either leave their labels to go independent, or search for labels that allow them to retain their sense of identity. Most often with the bigger labels, the label owns the artist’s name, which is their commercial brand.

Up-and-coming artists continue to search for opportunities, managers, music production facilities, public relations agencies, and other partnerships, alone. For many, this is not their area of expertise - they would rather write and perform.

#3-Artists Have Become Enslaved To Their Work, With Little Return

They make almost nothing on the music. P2P file transfers, music downloading and streaming have changed the game forever, causing a continuous negative ripple effect for artists worldwide. Many believe artists are swimming in cash, but the reality is, most of these artists don’t see much return, if any, for many years to come, especially with the increasing number of intermediaries with their hands in the jar taking a cut.

Eric Tippetts, the co-founder of NASGO, recently spoke with MSNBC and Grit Daily News about their platform, devoted to helping music artists, influencers, and businesses “tokenize” their content to re-align a fragmented, outdated and ineffective business model in the music industry.

After the release and success of the mobile game, Pokemon Go, Tippetts believed that the answer to the fragmented music industry’s issues lied within the game’s success.

“The world is heading towards gamified experiences,” Tippetts explained. “It’s what drove us to what we built today. We wanted to provide a mechanism where people could transact and engage using Blockchain, and gamify the experience to connect artists with their fans in a way never before thought possible. It’s actually quite revolutionary.”

“The lack of control over monetizing original content for artists and influencers is a problem worth solving,” according to the NASGO co-founder.

The problem many influencers face is monetization. “Most social influencers curating content are not making any money from it,” he continued. “Instagram and Facebook make money, but the creators of the content have no clue how to monetize it. They are living by ‘likes,’ but those ‘likes’ are not paying the bills.”

The NASGO platform and the social apps enables music and other artists to “lock” their content, requiring users to exchange a native token to unlock premium content. Engaging experiences like special meet-ups and private VIP concerts or backstage access, connect artists with fans directly with the use of these specialized blockchain tokens unique to the artist.

Jaafar Jackson, son of Jermaine Jackson and nephew of Michael Jackson, partnered with NASGO, discussing his plans to tokenize his upcoming releases as a way to raise awareness, gather contributions, and donate part of his earnings to humanitarian causes. Jackson was recently at the United Nations and the New York Stock Exchange, promoting his latest partnership with NASGO and the release of his new album on the VAPR social app platform. His “JUSIC” token is evidence of the new exciting engagement experiences being offered directly to fans without a traditional label.

Last year, Cali Tucker, from NBC’s “The Voice,” partnered with NASGO at a Dolby Theater premiere at SXSW in Austin, Texas. Tucker, a rising country music star, daughter of singer LaCosta Tucker and niece of Tanya Tucker, has become one of the first female country stars to release her music on the Blockchain

When music first went “digital” over twenty years ago, it left the traditional music experience behind. Individuals have been able to circumvent traditional methods in which to obtain content, often at the expense of an artist’s source of income. Without blockchain, that money source is virtually non-existent to an artist.

“With the VAPR app, musicians can now inject their content in places like China, which before was almost impossible,” Tippets stated. “Connecting with Chinese fans who are ferocious at consuming American content, helps to reduce piracy. “You can now control the distribution, by locking the content and utilizing secure tokens. You may have access to some or part of the artist’s content, but you will need to unlock the rest of the content using the platform’s native token, 'NSG’.

Tippetts believes NASGO has the potential to surpass Pokemon Go, which had over 800M downloads and gross receipts of over $2 billion worldwide. “You haven’t seen anything yet,” Tippetts said.