NEW YORK, NY / ACCESSWIRE / July 2, 2019 / New York Women in Film & Television (NYWIFT) presented its first annual NYWIFT Summit on June 27th, 2019 from 4-8 PM, hosted by the Ford Foundation for Social Justice (320 East 43rd Street) with 175 film and television industry stakeholders in attendance. The theme for 2019 was Inclusion, Equality and Safety in the workplace for women working in the media industry. 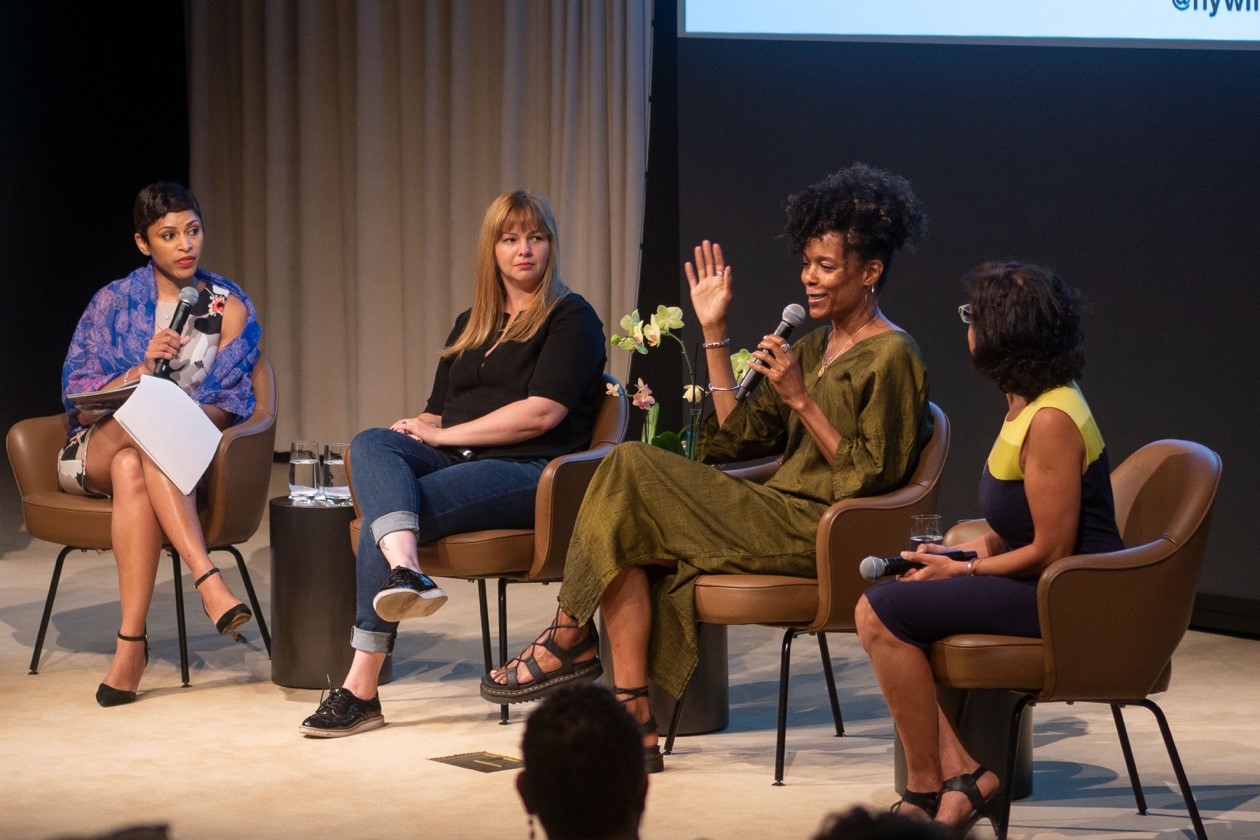 "We saw that NYWIFT was needed now more than ever, to raise our collective voice on issues that are vital for working women. We've been taking stock and mining what initiatives are being rolled out; how the networks, studios and agencies are responding and listening to our community of women across the industry," said NYWIFT Board President Simone Pero in her opening remarks. "The Summit is somewhat of a pause and is meant to engage in gathering information and generating new ideas and approaches both individually and collectively."

The event marked the launch of a new advocacy initiative to bring together some of the most unique and diverse voices of women working to create better labor conditions for women working in the entertainment industry. "There is a difference between a movement - a gathering of people with specific intentions to create social change- and actual measurable progress," said NYWIFT Executive Director Cynthia Lopez. "I am thrilled that every woman who spoke here today exemplified and embodied the best of both movement and progress in our industry."

As part of this new initiative, NYWIFT's goal is to develop a briefing summary of the Summit that would include case studies, interviews, best practices and a bibliography of local, state and national resources.

The Summit was organized in to three panels, one per issue, with industry thought leaders and journalists discussing challenges and solutions before opening the floor for audience questions. In Conversation 1: Sexual Harassment / Safety, speakers defined sexual harassment in its many forms and highlighted programs and laws that work toward creating a safer work environment. Panelists included Leslie Silva (Actress, Founding Member of TIME'S UP); Amber Tamblyn (Author, Actress and Director, Founding Member of TIME'S UP); and Sharyn Tejani (Director, TIME'S UP Legal Defense Fund). Jericka Duncan (National Correspondent, CBS This Morning) moderated. A few weeks prior to the Summit, Silva and other TIME'S UP Members had successfully lobbied to pass the TIME'S UP NY Safety Agenda which extends the statues of limitations for second- and third-degree rape in New York State.

A clip from the forthcoming documentary This Changes Everything, which addresses gender discrimination both onscreen and off, closed out the program, followed by a reception and lively conversation among audience members about the issues at hand. Attendees were encouraged to sign up for more information about NYWIFT's Advocacy Committee in the coming weeks, as the organization cultivates a team dedicated to progress.

New York Women in Film & Television (NYWIFT) advocates for equality in the moving image industry and supports women in every stage of their careers. As the preeminent entertainment industry association for women in New York, NYWIFT energizes women by illuminating their achievements, presenting training and professional development programs, awarding scholarships and grants, and providing access to a supportive community of peers. NYWIFT brings together nearly 2,500 women and men working both above and below the line. NYWIFT is part of a network of 50 women in film chapters worldwide, representing more than 15,000 members. NYWIFT is a nonprofit 501c3 public charity.