The Western Pacific Regional Fishery Management Council has deferred making final recommendations on the management of loggerhead and leatherback sea turtle interactions in the fishery three times since October 2018 as it awaited the final document. Today it again deferred action as the 500-page document was provided to them only 30 minutes before it took up this item on its agenda. 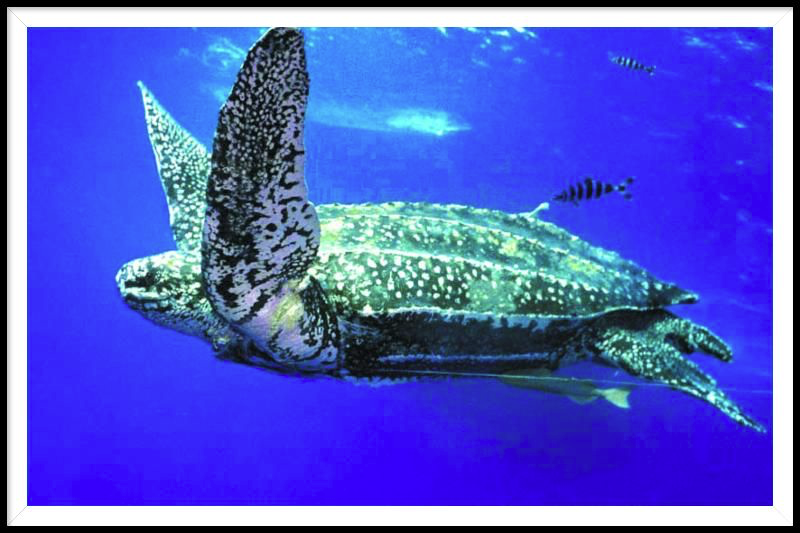 Council Member Michael Goto noted the gravity of the BiOp. The fishery, which accounts for half of the US swordfish production, is currently closed due to a settlement made in the 9th Circuit Court, which found inconsistencies in the previous 2012 BiOp. Goto argued against making "a snap decision on a process that took almost a year to complete. ... In my opinion, the review can't be done within the course of day," he said.

To ensure Council members have time to read the 500-page document, the Council will take up final action during a special meeting to be held by teleconference in late July or early August 2019. In advance of this meeting, the Council will convene its Scientific and Statistical Committee and the Hawai'i Advisory Panel to review and make recommendations for Council consideration.

The Council's initial recommendation was to manage the fishery under annual fleet-wide limits of 16 leatherbacks and 36 loggerheads. It also recommended trip limits of two leatherback and five loggerheads per vessel. Once either limit is reached, the vessel would be required to immediately return to port after which they may resume shallow-set fishing. The fishery has 100 percent observer coverage to monitor every turtle interaction encountered by a shallow-set vessel.

The final BiOp released today authorizes the accidental hooking and subsequent release of 21 leatherbacks and 36 loggerheads. However, if the fleetwide leatherback interaction reaches 16, the BiOp requires that the fishery be closed for the remainder of the calendar year. The final BiOp also includes the Council's recommended trip limit of two leatherbacks or five loggerheads per vessel per trip. However, one a vessel reaches this trip limit twice in a year it can no longer shallow-set fish for the remainder of the year. Furthermore, the following year that vessel would be allowed to reach the trip limit only once before it is prohibited from shallow-setting for the remainder of the year. There is no hard cap required in the new BiOp for loggerhead turtles, which has a stable and increasing population.

During public comments on this item, Eric Kingma, Hawaii Longline Association executive director, said that, since 2004, the fishery has been operating under the most restrictive regime possible for the fishery, including hard caps for sea turtle interactions, 100 percent observer coverage, gear and bait requirements, release and handling requirements, set limits and set certificates. Those measures reduced the fishery's interactions with sea turtle by more than 90 percent and are now the standards internationally for shallow-set fisheries for swordfish.

"This fishery is not jeopardizing the continued existence of these sea turtle populations, or any other ESA-listed population," Kingma said. He described the measures as "overly punitive" and "not consistent with the impact. ...[We] have a highly regulated fishery, one of the most regulated fisheries in the world, the most highly monitored regime, 100 percent observer coverage. You can't get any more certain than that. ...And we know the impact. The impact on these species is non-jeopardy.

Kingma said that HLA supports the trip limits but not the hard caps because they are "a blunt measure that is not the appropriate match to the impact." He said that HLA supported the Council deferring because "no one should be put in that position where they have to make a decision upon receiving a 500-page document."

In related matters, the Council today alsorequested that NMFS complete ESA Section 7 consultations for the Hawai'i deep-set and American Samoa longline fisheries by Sept. 1, 2019, and for the US tropical purse-seine fishery by Oct. 1, 2019. The Council further requested that NMFS provide the Council with any draft Reasonable and Prudent Measures or Reasonable and Prudent Alternatives prior to the release of the entire draft BiOp, as well as the full draft BiOp.

Under the Magnuson-Stevens Fishery Conservation and Management Act of 1976, the Council has authority over fisheries seaward of state waters in Hawaiʻi and other US Pacific Islands. For more information, go to www.wpcouncil.org; email [email protected] or phone (808) 522-8220.