Butch O'Hare Principle at Center of Power to Change

SALT LAKE CITY / ACCESSWIRE / July 1, 2019 / Declaring July the "Butch O'Hare Principle" month, USANA CEO Kevin Guest is drawing from his bestselling book, All the Right Reasons: 12 Timeless Principles for Living a Life in Harmony, to emphasize that every person has the right to change no matter their past.

"Butch O'Hare was a World War II hero who flew his fighter plane into a formation of Japanese planes over the Pacific Ocean to protect a U.S. fleet of ships," said Guest, who leads USANA Health Sciences (NYSE: USNA) globally. "In his daring attempt to protect his fleet, he destroyed five enemy bombers in less than four minutes and became the Navy's first Ace of WWII and the first Naval aviator to be awarded the Congressional Medal of Honor by U.S. Pres. Franklin D. Roosevelt."

The backstory is equally compelling.

"Butch was the son of Easy Eddie, the gifted lawyer who kept Al Capone out of jail during the 1920s and '30s during Prohibition in Chicago," Guest said. "While he made millions and lived lavishly in a mansion, Easy Eddie wanted to right his wrongs and give his son a life without a tarnished name.

"With that, Eddie publicly testified against Capone, which sent the crime boss to prison and resulted in Eddie being killed 10 months after Capone's release."

In 1947, the Chicago Tribune publisher proposed that Chicago's new airport be named for Butch O'Hare to honor his heroism during the war.

"We don't know what Easy Eddie shared with his son during his heart-to-heart talks, but Butch developed character traits of loyalty, courage and humor, which became pillars for future decisions to nobly face enemies to protect hundreds of lives at war."

At USANA Health Sciences, where Guest is CEO of the billion-dollar company now spread in 24 markets worldwide, he applies the Butch O'Hare principle.

"Our values, character, yearnings, aspirations and goals define us," said Guest. "The better we understand who we are and who we want to be, the more centered and steady our lives become. We become sure and steadfast, unmoved by swirling forces around us."

"To achieve harmony, I urge us all to choose who you will be moving forward no matter your past," he said. "That's when you can best make a difference for yourself and those around you."

All the Right Reasons: 12 Timeless Principles for Living a Life in Harmony is available on Amazon. All proceeds feed hungry children, with each book purchase providing 40 meals.

EDITOR'S NOTE: For a PDF or hard copy version of All the Right Reasons, contact Tim Brown at [email protected]. 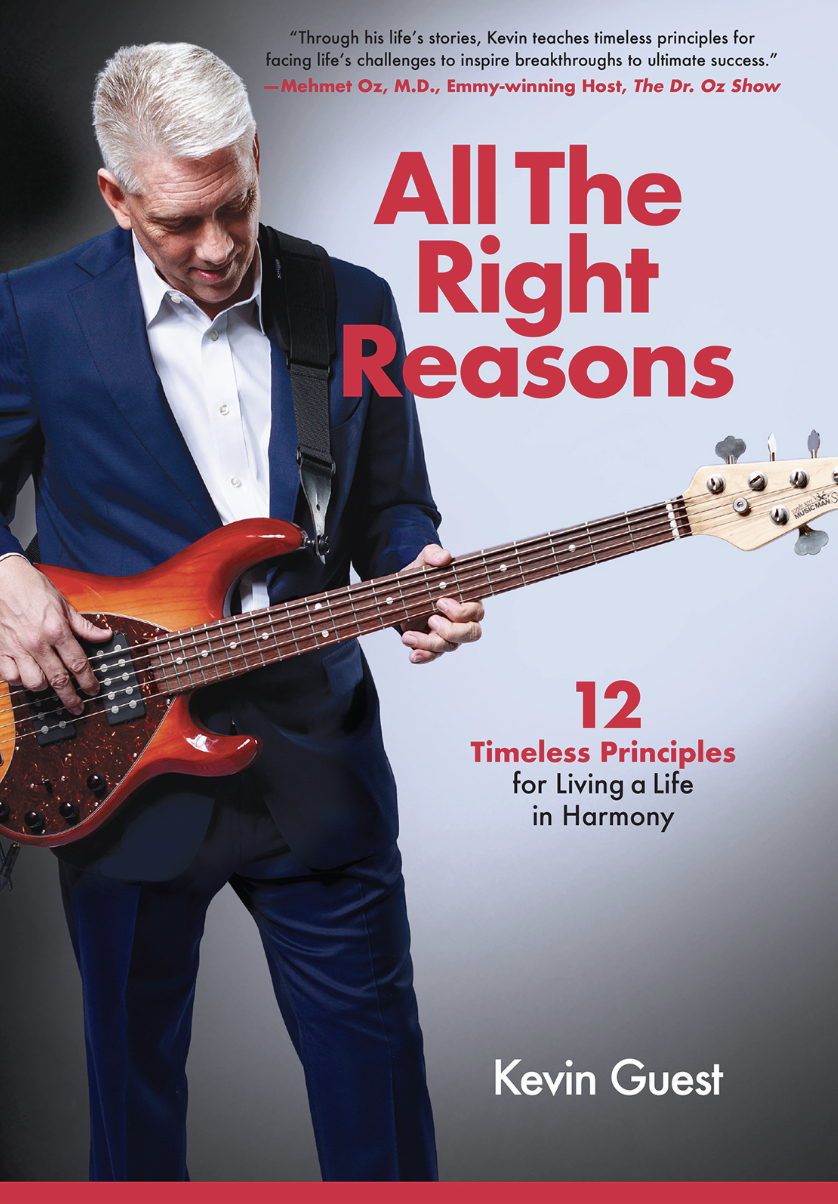 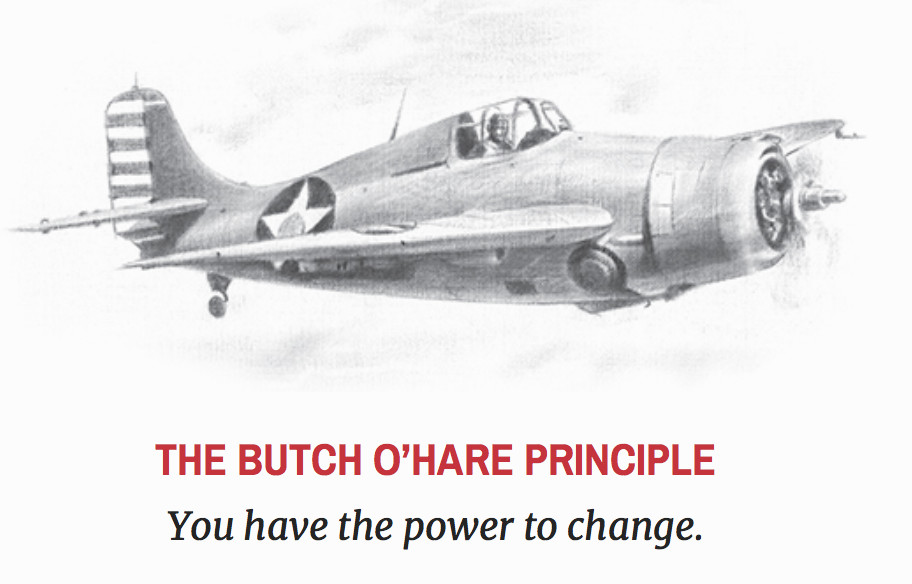 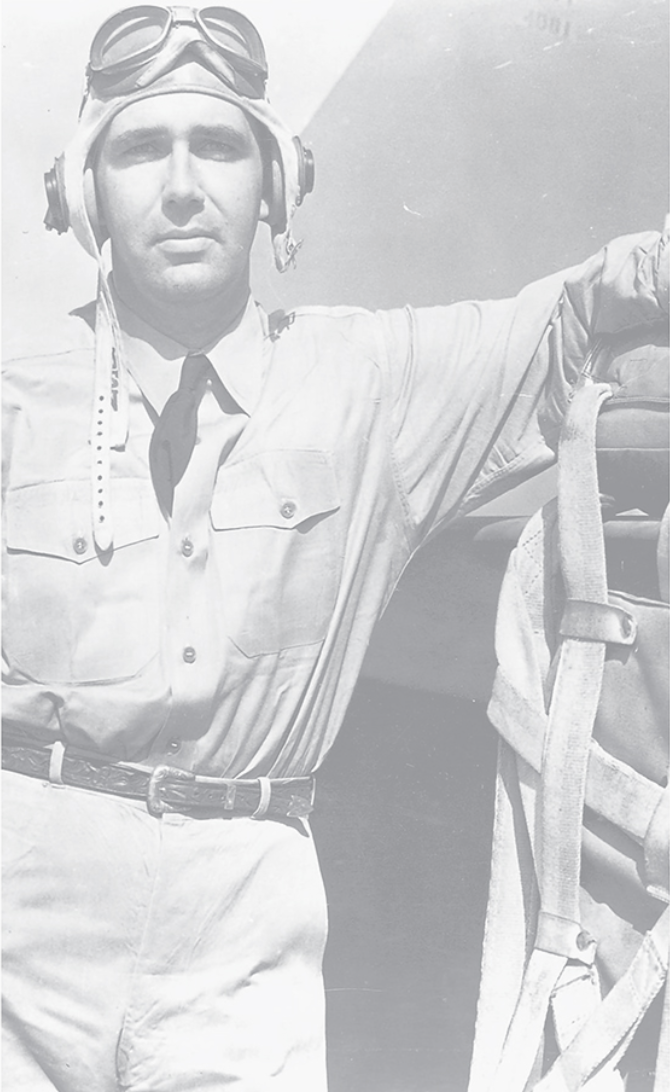 Kevin Guest strives to live a life in crescendo. Success for the small-town boy with rock star aspirations didn't come overnight. Nor did the CEO of a billion-dollar company find success by straying from his deep-rooted principles. Each experience in Kevin's life - in music, business, and now as an author - has built upon another, all contributing to a life lived in harmony.

Throughout his life, Kevin's musical talents have helped him realize his childhood rock-n-roll dreams. Highlights include sharing the stage with greats such as Kenny Loggins, Tommy Shaw, Eddie Money, and Belinda Carlisle, and performing at the Grand Ole Opry. He continues to perform part-time with country music superstar Collin Raye.

Newest Project: All the Right Reasons: 12 Timeless Principles for Living a Life in Harmony

Kevin's most-recent project is also his most personal. In All the Right Reasons, Kevin shares entertaining anecdotes and inspiring stories, collected from years of meeting fascinating people and learning valuable life lessons. The result is a book featuring 12 foundational principles by which he lives and that he believes will lead others on their own path to success.

Kevin earned a bachelor's degree in communications from Brigham Young University. He and his wife, Lori, have four children and six grandchildren.