Further to our news releases of May 1st & April 11, 2019; the Company is pleased to report that Campbell & Walker Geophysics Ltd. of North Vancouver, B.C. has completed the 3D magnetic inversion for Wicheeda North; and Christopher (Kit) Campbell, P.Geo. has delivered a summary power point presentation to IMT; http://tiny.cc/q0tq7y

Results indicate two magnetically anomalous zones which are recommended for further ground investigation to consist of both prospecting and detailed geochemical soil sampling prior to a drilling decision and final targeting. A full report of the geophysical inversion work is scheduled for delivery in the first week of June, at which time it will be posted on our website. 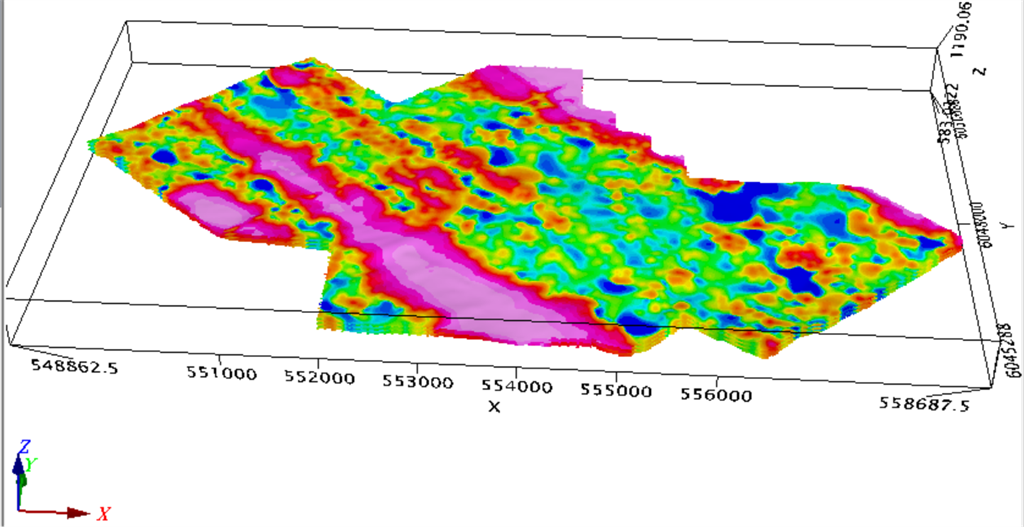 On May 1, 2019; Mr. Robert (Bob) Lane, M.Sc., P.Geo., reported: "The property has the potential to host, and should continue to be explored for, Rare Earth Element (REE) mineralization because it occurs within a favourable geological belt known to contain carbonatite-hosted REE mineralization such as the Main Zone on the Wicheeda (Defense Metals Corp.) property located approximately 10km to the southeast."

The claim block originally comprised four (4) contiguous MTO cell claims that covered approximately 1,444.06 ha; and has now been expanded to the east by a further four (4) contiguous MTO cell claims of 562.59 ha for a total of 2006.65 ha. The total claim block now takes in a larger portion of the claim area that was previously flown in 2010 by Aeroquest, when previously owned by IMT. It consisted of 654 line kilometers of AeroTEM helicopter-borne, time domain electromagnetic plus radiometric surveying flown at high resolution 50 meter line spacing.

The Company has also received a proposed fieldwork program from Bob Lane, P.Geo. Mr. Lane has extensive experience in this area as he previously managed the adjacent Wicheeda nineteen (19) hole drilling projects in 2008 and 2009 for Spectrum Mining; and recently assisted in the compilation and completion of an NI 43-101 Technical Report for First Legacy Mining (now Defense Metals Corp. -TSX.V: DEFN).

Christopher (Kit) Campbell, P.Geo., a Qualified Person as defined by National Instrument 43-101, has reviewed and approved the technical information regarding the '3D Inversion' above in this news release.

Rare Earths are vital to several categories of modern essentials including military defense. But rare earths have themselves become weapons in an escalating conflict between China and the U.S. Despite Washington's heightened awareness of its critical minerals conundrum, the U.S., like the rest of the non-Chinese world, remains almost completely dependent on its rival-turned-enemy for the rare earths that China threatens to cut off.

The news of the trade war is seen in numerous publications around the world.

"China may be reaching for it's Rare Earth Gun"- The National Interest by Stratfor Worldview -June 02, 2019

On May 29, 2019 the Company received TSX Venture Exchange acceptance of the Wicheeda North 'Mineral Property Acquisition Agreement'. The Company has paid $25,000 cash and issued a total of one million units (1 million) to the three vendors. Each unit consists of one common shares in the capital of the Company and one transferable share purchase warrant (the "Warrant"). Each warrant is exercisable into one common share at a price of $0.10 for a period of two years (until May 29, 2021). The shares and warrants have a hold period from trading until September 30, 2019.

(i) In February 2019 Montoro entered into acquisition agreements with various vendors, to acquire claims in the Cariboo Mining Division, British Columbia, and following Exchange approval on the Wicheeda North claims (1,444 ha.), the Company has increased the claim block by a further (563 ha) for a total 2007 ha. The claim block adjoins the well-known Wicheeda REE discovery on the north and northwest.

(iii) In February 2018 Montoro received approval for the acquisition of the Duhamel, Quebec property. The Ni-Cu-Co prospect consisted of nine (9) mineral claims comprising 500 ha. Additional staking of thirty-two (32) adjoining mineral claims and compiling of data has been underway since February and the expanded property now totals approximately 2,300 ha and prospective for Titanium, Vanadium, and Chromium.