The Gay Gulch Zone is situated adjacent to a prominent eight kilometer long northwest trending magnetic low named the Eldorado Fault which has numerous gold showings located along it. At Gay Gulch, the Eldorado Fault is intersected by a younger north trending "magnetic low" fault that creates a kink or bend which is prospective for focusing of gold-bearing quartz veins.

A location map (Figure 1) of 2019 drill targets, and a map (Figure 2) of planned Gay Gulch holes is included below. 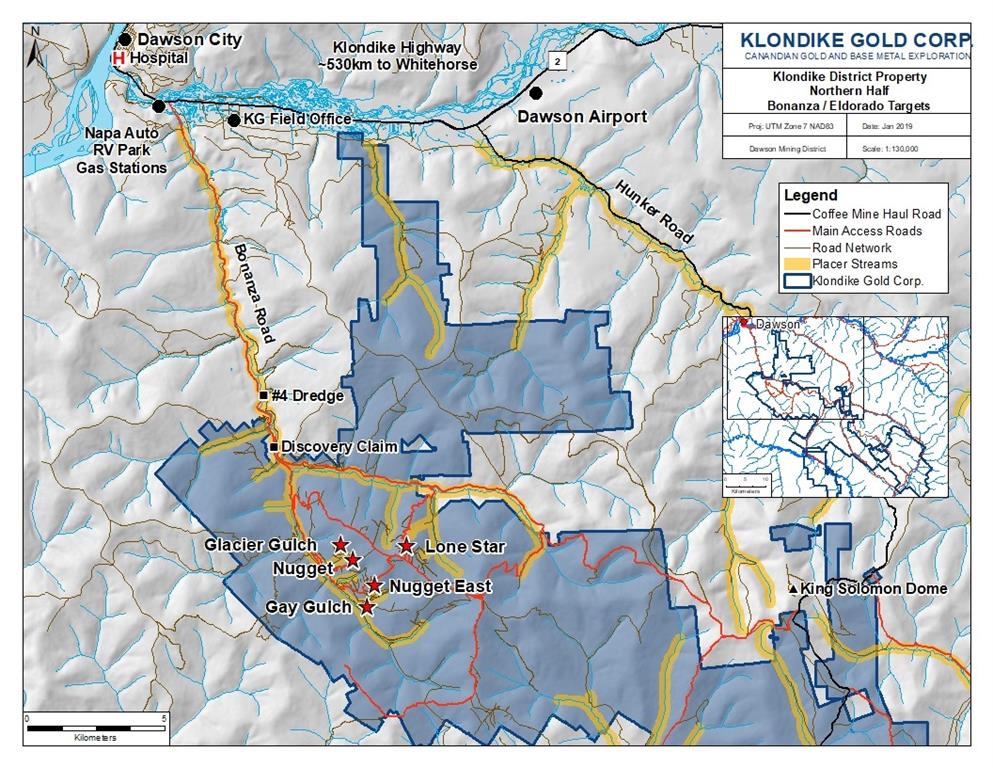 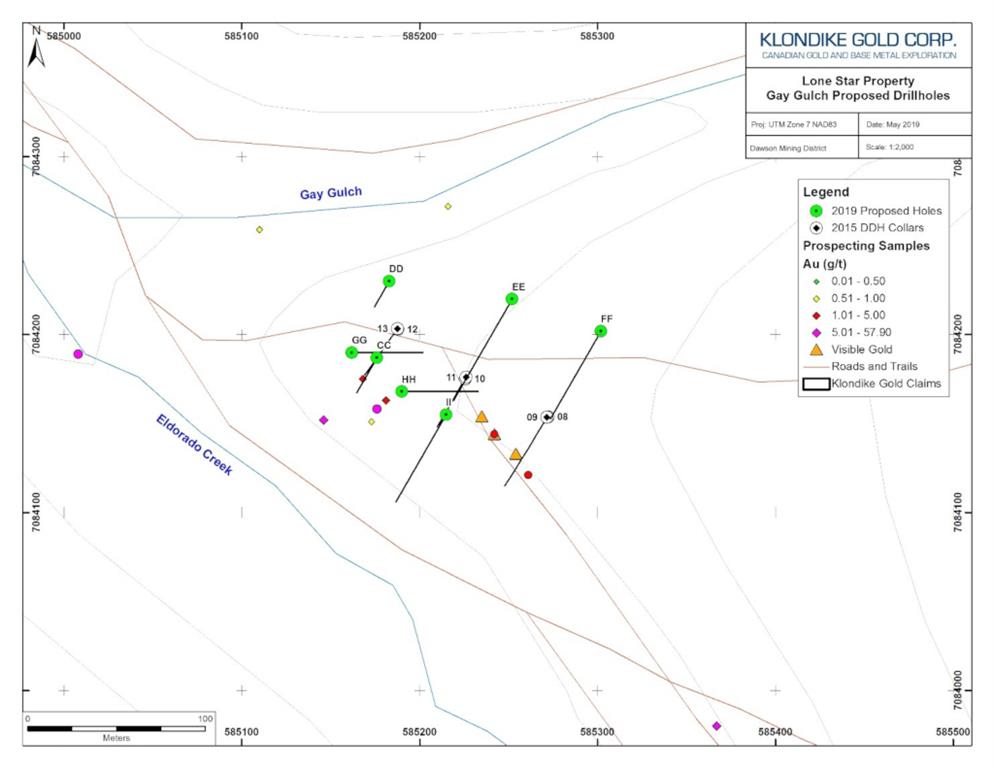 The technical and scientific information contained within this news release has been reviewed and approved by Ian Perry, P.Geol., Vice-President Exploration of Klondike Gold Corp. and Qualified Person as defined by National Instrument 43-101 policy.

Klondike Gold Corp. is a Canadian exploration company with offices in Vancouver, British Columbia, and Dawson City, Yukon Territory. The Company is focused on exploration and development of the Lone Star gold target at the confluence of Bonanza and Eldorado Creeks, within a district scale 563 square kilometer property accessible by government maintained roads located on the outskirts of Dawson City, YT within the Tr'ondëk Hwëch'in First Nation traditional territory.

On behalf of KLONDIKE GOLD CORP.

Risks and uncertainties that may cause actual results to vary include but are not limited to the availability of financing; fluctuations in commodity prices; changes to and compliance with applicable laws and regulations, including environmental laws and obtaining requisite permits; political, economic and other risks; as well as other risks and uncertainties which are more fully described in our annual and quarterly Management's Discussion and Analysis and in other filings made by us with Canadian securities regulatory authorities and available at www.sedar.com. Klondike disclaims any obligation to update or revise any forward-looking information or statements except as may be required."