NANNING, CHINA / ACCESSWIRE / May 24, 2019 / As one of the most influential badminton competitions in the world, the Sudirman Cup World Mixed Team Championships was held in Nanning, Guangxi, attracting the attention of the badminton world on this city.

Nanning is reputed as the "Green City of China", and it is the permanent host city of China-ASEAN Expo. World Gymnastics Championships, China Cup International Football Tournament, UCI World Tour - Tour of Guangxi among other international sports events were once held in this city, demonstrating the charm of Nanning and turning it into a sports-loving metropolis.

In recent years, these sports events have become new attractions of Nanning. Every sports event, while being a test, provides an important opportunity for Nanning to seek overall improvement of the city. 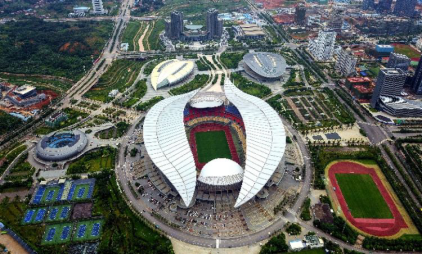 Host cities of large-scale sports events from home and abroad all take these events as opportunities to shape and demonstrate their good images. Nanning is no exception, and it will become better and better with its development of sports events.

"With the enthusiasm and support from our people in this capital city of Zhuang ethnic minorities, we will definitely live up to the trust and expectation by providing attentive and thoughtful services to secure the success of this event." said Mr. Zhou Hongbo, mayor of Nanning City.

Zhao Jianhua, Vice Chairman of China Badminton Association and head coach of Guangxi Badminton Team, stated that it is very meaningful to publicize and let more people learn and enjoy the local attractions and customs of Guangxi through Sudirman Cup 2019. Nanning is ready for this event, and I believe that this year's Sudirman Cup will be a great success and earn applause for Nanning.

At present, this eight-day World Mixed Team Badminton Championship has begun, and all the world's top players have embarked on the journey for the Sudirman Cup. 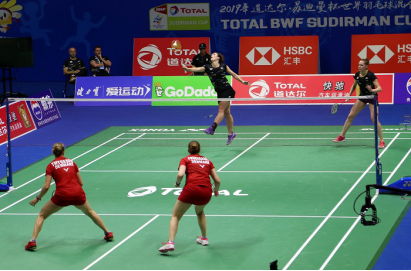 On May 19, the 2019 TOTAL BWF Sudirman Cup World Mixed Team Championships officially started at 11:00 a.m., with the first round games of three levels beginning on five courts simultaneously. In the first set of men's doubles, Gideon/Sukamu from Indonesia, now ranking first in the world, played against England's men's doubles Marcus/Chris. The match was very intense and Indonesia won at last. The women's doubles match was also fierce. Indonesia's Polii/Lahayo withstanded England's women's doubles Chloe/Smith's and won with 21:16 and 21:18. In women's singles, Indonesian player Tunjung, ranking 15th in the world, won against English Abigail with two fast games. The men's singles' match was won by Indonesian Ginting, the world's 7th. The Adcocks of England, ranking the eighth in mixed doubles, competed against Indonesia. After tough fight, the Adcocks finally won with 21-18, bringing one precious point for their country. The most anticipated match on the 19th was Chinese team's first match in this Sudirman Cup against Malaysia. With the support of nearly 3,500 on-site spectators, Chinese players won their first match with an overwhelming 5-0 over Malaysia. 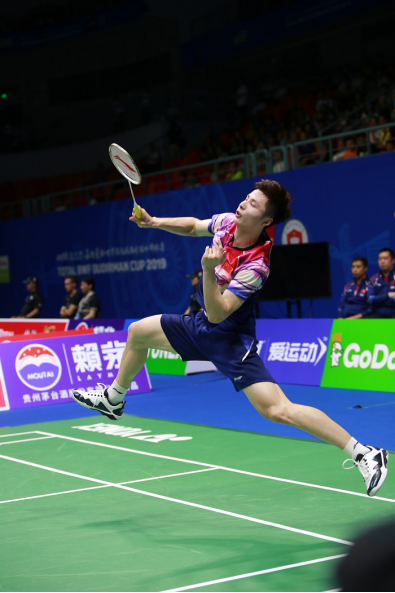 May 20 is the second match day of the TOTAL BWF Sudirman Cup World Mixed Team Championships 2019. As the strongest top seed player of this year's Sudirman Cup, Japan started the first battle of the group match against Russia. After a fierce competition, Japan won the final victory and successfully came out.

On the second match day, besides the match of Japan, the match of Korean against Hong Kong, China was also of great concern. On this year's Sudirman Cup, Korea's top badminton female player Sung Ji Hyun was absent due to injury, thus the 17-year-old gifted girl An Se Young was entrusted with an important mission. In the match against Hong Kong, China, the girl won the match with the score of 4:1 for her outstanding performance.

After the match, An Se Young said: "Because I'm quite young compared with other players, the competition does not have much pressure on me. I will still try my best to get better results in the following matches. I also hope to have the chance to participate in the Olympic Games in the future." 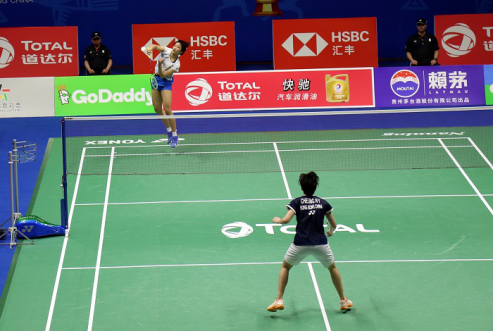 On May 21, 2019, the Total BWF Sudirman Cup 2019 entered the third match day. In this morning's match, the group match between India and Malaysia became the focus. Malaysia must win this match in order to keep the final hope of entering the top 8 knock-out session. After a fierce battle, Malaysia won the victory and succeeded in entering the top 8.

On the afternoon of May 21, the match between Thailand and Russia was equally exciting. Russia led the first game with 1-0 in men's singles. At the beginning of the women's doubles, Thailand fought hard to catch up and pulled the score back to 2-2. The final match was mixed doubles. Thailand completely suppressed Russian in the match with 21:10 and 21:11. Thailand won two consecutive games. Finally, Thailand achieved a reversal victory versus Russia with a total score of 3:2, and locked the seat in the knock-out session in advance.

The splendid competition will certainly ignite the enthusiasm of the audience, and will bring the spirit of perseverance and challenge to Nanning. It is certain that the friends who have joined this year's Sudirman Cup will feel the strong badminton atmosphere and the enthusiasm of Nanning citizens for badminton in Nanning, Guangxi. The following competitions will be very exciting as well as tense. If you like badminton, don't miss it.