MCLEAN, VA / ACCESSWIRE / May 22, 2019 / The Foundation of the Food Processing Suppliers Association (FFPSA) recently announced the launch of the 2019 DEFEAT HUNGERSM campaign. FPSA will once again work in conjunction with the Greater Chicago Food Depository (GCFD) to run a food drive leading up to and during PROCESS EXPO with all proceeds and donations received to help fight hunger in the greater Chicago area. This year's PROCESS EXPO will be held on October 8 - 11, 2019 at McCormick Place in Chicago, IL. 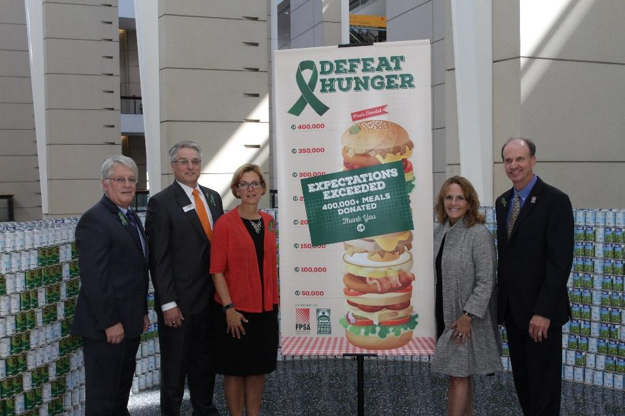 "Building upon the success at PROCESS EXPO 2017 we once again decided to support those in need here in the US by joining forces with the Greater Chicago Food Depository in an effort to help feed the over 800,000 food insecure residents in Cook County," said Gil Williams, Chairman of the FPSA Foundation. "The Foundation's last DEFEAT HUNGER campaign held in conjunction with PROCESS EXPO resulted in the contribution of over 400,000 meals, with our combined efforts now helping provide nearly one million meals so far. We are once again very proud to be partnering with the Greater Chicago Food Depository this fall."

The FPSA Foundation is dedicated to continue raising funds to provide meals for the men, women, and children of Cook County. There are three ways for all participants at PROCESS EXPO to get involved:

The final tally of food and monetary donations will be presented at a press conference on Thursday, October 10th during PROCESS EXPO, at the McCormick Place Complex in Chicago, IL. For more information on the DEFEAT HUNGER campaign, visit www.fpsa.org and click on the Giving Back button, or call Alaina Herrera at (703) 663-1212 or [email protected]. 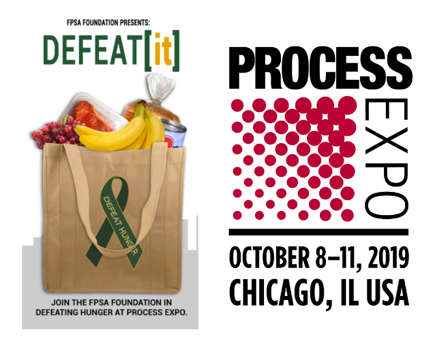 FPSA is a trade association serving suppliers to the global food, beverage, and pharmaceutical industries. The Association's programs and services assist its members in marketing their products and services, and in improving their business practices. Programs and services to achieve these objectives include: PROCESS EXPO, electronic media marketing, education, research, and being the voice of its members in the public arena on issues such as food safety, sanitary design of equipment, and global trade.