The Best Advice For New Hires According To Rick Rahim

The Best Advice For New Hires According To Rick Rahim

Rick Rahim is a serial entrepreneur with many successful startups and exits under his belt. He's hired and managed thousands of employees along his executive career.

Part of Rick's on-boarding discussion with each new employee on day one begins with a discussion about decision-making as a new hire.

"Open your ears. Listen. Learn," says Rahim. Though most ambitious new hires desire to prove their ability and value, Rahim cautions them to "fit in first." For Rick, being a team player who is willing to learn systems and company culture is infinitely more important than a green employee who tries too hard to prove himself early on.

Rahim urges every new employee to simply soak up the training and gain knowledge. He says they should first become extremely proficient at the job they are taught without trying to prove they can do it better.

"Too many new employees try to prove they are smarter and better too early on," says Rahim. "But they don't have the institutional knowledge required to realize why our processes exist. "

"True superstars won't need to prove their value to us. It will become apparent through their ability to learn and excel at the job they were hired for," according to Rick.

That's why on the very first day, Rick Rahim urges all new employees to simply not make any decisions in the early days of their new career. "You should do things exactly the way we have taught you. If we have not taught you yet, or you are not sure what to do, then don't do anything. Rather, ask one of your managers what to do, so you do it right the first time."

Rahim's logic is sound. He explains "if you don't make an uninformed decision, you can never be wrong." Rick would rather new hires simply follow the training. If they encounter a situation where they don't know what to do, the correct answer is to ask someone senior. "Make it somebody else's fault," says Rahim.

"If I ask you why you did a certain thing, you should readily be able to tell me 'because my manager trained me to do that,'" says Rahim. "I can never be upset that you followed instructions," Rick continues. "But new employees should not be telling us they thought they figured out a better way -- and decided to make their own independent changes."

Rick wants his employees to reserve decision-making until they have tenure and have been granted the authority to make good decisions as part of the chain of command. All changes should come down from the top and should be rolled out company-wide.

"It's kind of like McDonald's," says Rahim. "We have to all put the same number of pickles on every burger, regardless of whether we agree with the policy, or even like pickles." According to Rick, "If you want to change the number of pickles on the burgers, the only way to do it is to become part of the management team that makes the executive decisions."

Lastly, Rick qualifies the statement above by adding "of course, until you are management, you should still find appropriate ways to bring your ideas to your management team. That's how you build your value to your new employer!" 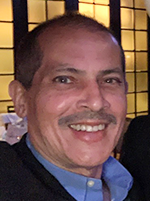 *Rick Rahim has founded or acquired numerous companies in his 30-year career. He's also an airplane and helicopter pilot who considers him an adventurer as well.