NEW YORK, NY / ACCESSWIRE / May 21, 2019 / It is reported that NCE (Number Chain Economic Group) Global Foundation has recently applied for its establishment in the United States and it will be used to manage NCE's global cryptocurrencies.

The digital asset platform, headquartered in Saudi Arabia, said on Monday, NCE Digital Asset Platform serves the global market and NCEcoin supports international transactions and now is in commercial use.

The head of the foundation said that NCE, with the global digital recycling economy as a bridge, is committed to building a completely decentralized and anonymous digital economy. NCE is an "unbounded internet" built on distributed nodes based on blockchain technology, regarding decentralization as the core, is available to all users. On this basis, through the elaborate and rigorous product construction, NCE puts the initialization function into the digital ecological application scenario, realizing the friendly user experience, forming a perfect decentralized financial and commercial ecology, and finally creating a decentralized consensus social ecological currency, that is, NCEcoin. 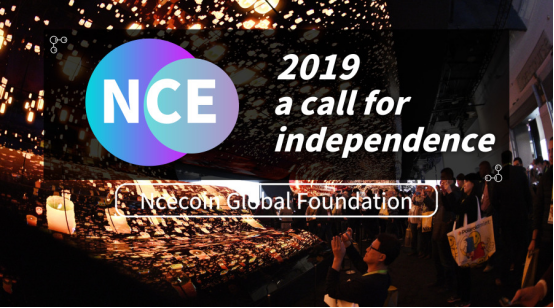 NCE will eventually build an unbounded and interconnected eco-economic network based on digital economy. NCE contract transaction is the entrance of users flow in the ecosystem. It ensures the authenticity and integrity of each account and data through the effective control of user account creation. These authentic data will support the effective promotion of NCE in the whole ecosystem. In this open anonymous network space, NCE achieves effective collaboration and interdependence service through a series of applications. By the joint efforts of the community, we will build a brand new and decentralized Internet eco-economy.

In terms of operational strategy, NCE is the first digital credit rating platform in the world. It is guided by the principle of win-win in decentralized community. In the first step of creating an account, the credit rating mechanism will grasp the user's operation behavior, contract transaction, performance behavior and so on. Through these, the credit score rating will be used in other business of users in NCE ecosystem. For example, the credit score will determine your asset loans in digital banks, the credit value of OTC transactions, the guarantee amount of auction transactions and so on. Through a series of ecological scenarios, it constructed an ecological platform with credit first. Following the principle of decentralization, credit rating will maximize the influence of community users and create greater space for the long-term development of NCE. This development will be an important milestone in NCE's technology of cryptocurrency and underlying blockchain.

The core value of NCE is that it solves the trust problem through technical means and achieves the decentralized consensus. From the long-term perspective of human development, the emergence of blockchain technology is the embodiment of human will, but also the general trend of promoting the development of civilization through science and technology. Blockchain technology breaks the traditional concepts of privacy, wealth and even freedom. This is also an unprecedented challenge for decentralized financial systems and organizations. All of these will be given to the new meaning in the ideal world realized by blockchain technology, where human beings will find the true selves.