SAN ANTONIO, TX / ACCESSWIRE / May 21, 2019 / Knight Aerospace is relocating to an industrial facility at Port San Antonio where it will grow its capacity to build sophisticated aircraft interior units that are increasingly sought by the U.S. military and an array of other customers in more than 25 countries around the world.

Launched in San Antonio in 1992, the company is a global leader in the design and fabrication of specialized self-contained units-modular and palletized systems that can be quickly rolled into an aircraft to transform its functionality.

Among Knight's marquee products are medical modules that are loaded onto large cargo airplanes. The units are fully functional emergency rooms and Intensive Care Units that allow doctors to immediately stabilize and begin treatment of patients while in flight. By providing a wide range of advanced medical functionality, including the ability to perform surgeries, the modules are credited with enhancing care and saving lives of soldiers wounded in combat as well as injured victims who are evacuated from disaster areas. 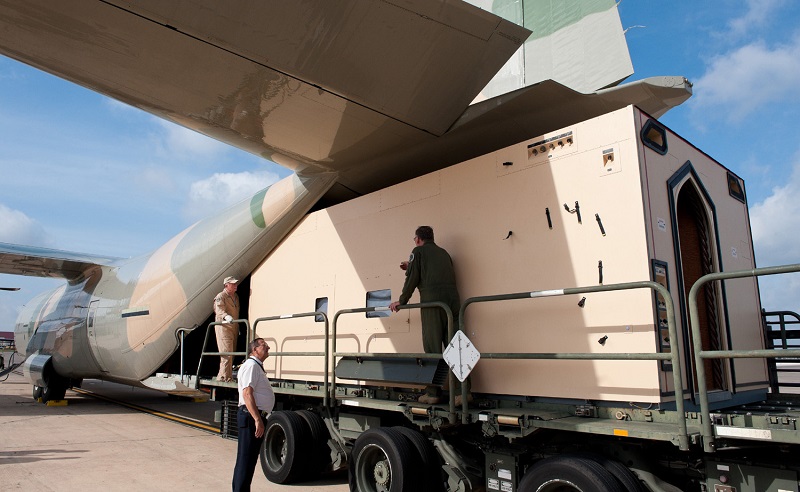 Knight Aerospace's units can be quickly loaded and quickly transform the interior and uses of heavy cargo aircraft.

Other innovations led by Knight include enclosed passenger units to transport world leaders or command and control personnel as well as systems with rows of seats, also known as palletized seating kits, similar to the configuration of a commercial airliner and which can include lavatories, galleys and luggage areas. The company's engineers are also able to customize the various units to meet the individual requirements of each client. In addition to passenger comfort, Knight Aerospace provides support equipment for maintenance and repair of aircraft mechanical systems. 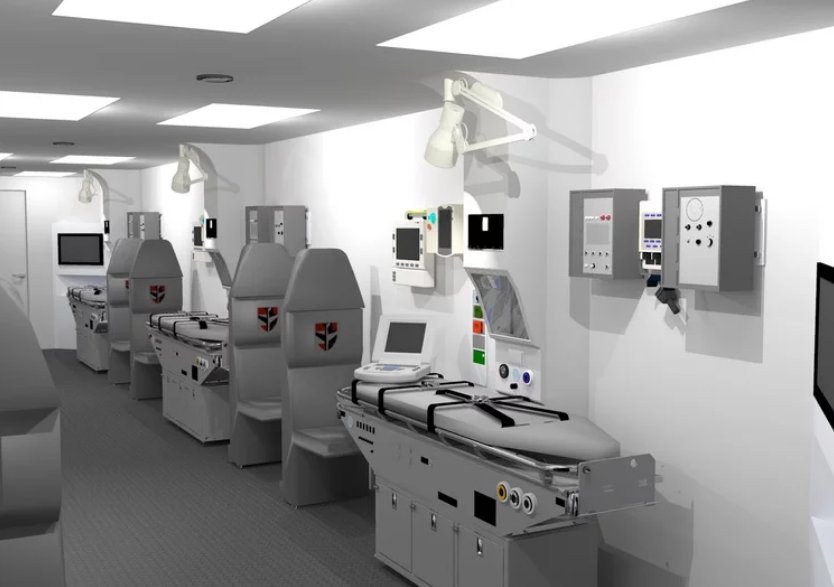 Rendering of one of the company's specialized products- medical units that allow aircraft to function as emergency rooms / ICU's that stabilize and treat patients as they are being evacuated.

Knight's products are especially important to the military and humanitarian relief organizations since they can be installed in aircraft that are able to reach areas where temporary or compromised runways cannot accommodate traditional commercial aircraft. The units are in use in C-130, C-17, A400M, KC-390, KC-46, A330MRTT, CN235 and C-27J/G222 aircraft, among others. 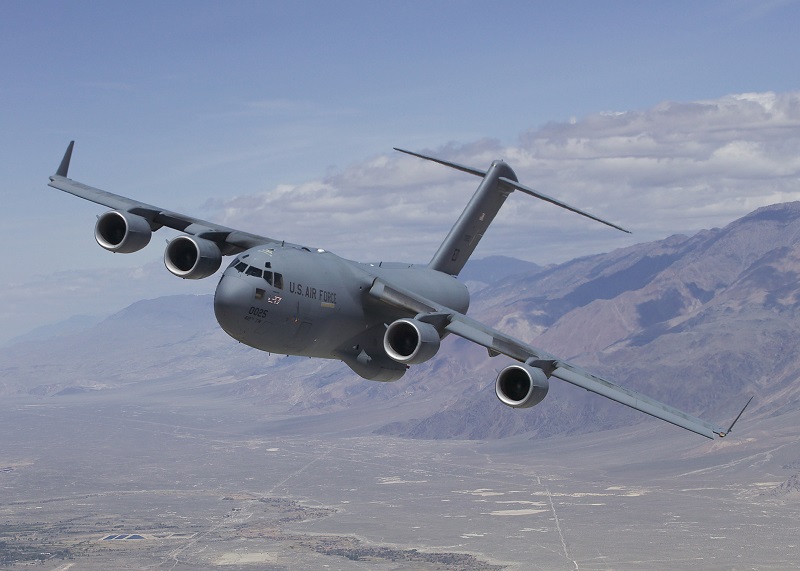 "We are proud of our team's hard work over many years to develop a wide range of products that add tremendous value to our clients-from increasing passenger capacity of an aircraft to converting that airplane into a life-saving space," said Knight President and CEO Bianca Rhodes. "With our upcoming facility at the Port, we will have the necessary room, flexibility and strategic support to build upon this success, meet our clients' needs and tap into a world of new opportunities." 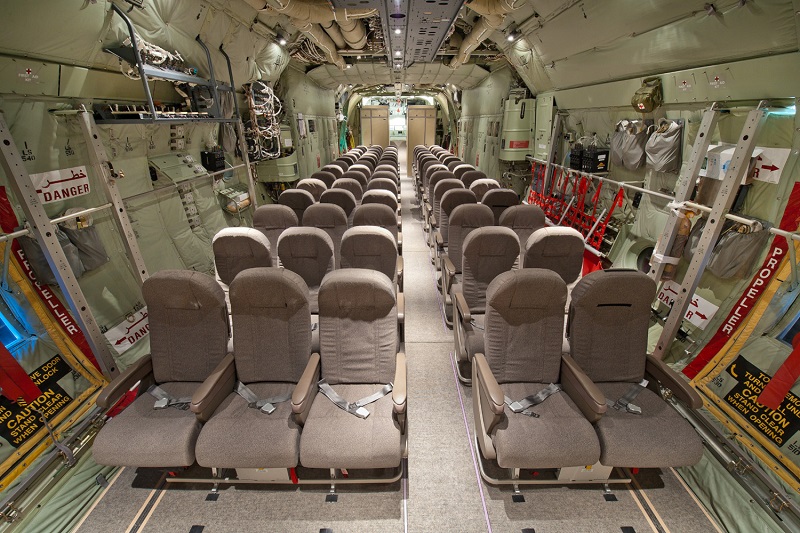 Palletized seats allow cargo aircraft to be converted for passenger use.

Rhodes also indicated that the increased demand for its products will require a growth more than double of its current workforce. The company expects to have 100 employees at its new operation at the Port by the end of 2020.

"We are honored to have one of San Antonio's leading aerospace pioneers call our campus home," said Port San Antonio President and CEO Jim Perschbach. "We will be an engaged partner to the Knight team as it pursues ambitious growth plans. Here they will find a flexible platform and the full support of our team to help them make important connections-from connecting to our community's talent and innovators to connecting with clients across the nation and around the world."

"This is another huge win for San Antonio, as we're retaining and growing an important player in one of our key industry sectors," said San Antonio Economic Development Foundation CEO Jenna Saucedo-Herrera. The Foundation was instrumental in supporting Knight's long-term growth plans, including identifying the new location at the Port.

"And it is especially gratifying to have been a partner in supporting an enterprise that has deep roots in San Antonio," added Saucedo-Herrera. "Knight's ability to continue growing here is a testament to the talent of our people and to our community's longstanding record of excellence as a center of aviation innovation."

Later this year, the company will occupy approximately 80,000 square feet of space at 3604 SW 36th St. at the Port, where it will have a combination of fabrication, design, Research and Development, and office spaces.

Among the advantages of its new location on the 1,900-acre campus, Knight will also have quick access to Port San Antonio's industrial airport at Kelly Field, where the completed units can be loaded onto aircraft for testing and delivery to clients across the world.