Ferguson Enterprises is building a new 260,000 sq. ft. Headquarters 3 (HQ3) in the City Center at Oyster Point development, Newport News, Virginia. The eight-story building will house Ferguson's corporate training and development center and various corporate departments. Ferguson Enterprises is the largest plumbing wholesaler in the United States. Based in Virginia for more than 60 years, Ferguson has 14,000 retail locations nationwide.

The precast concrete SlenderWall panels will include 3.5" of factory installed closed-cell foam insulation to provide an R-24 thermal rating for the exterior cladding. Smith-Midland will also produce over 8,000 sq. ft. of traditional architectural precast for the project, as well as several custom made landscape elements.

"The prestige of this project and the design standards to be met are perfectly aligned with the path we have chosen for the future of our organization," said Smith-Midland CEO Ashley Smith. "SlenderWall is continuing to gain momentum, providing us an increasing opportunity for growth."

The panel production will fill the architectural plant schedule at the Midland, VA facility for approximately 4-5 weeks in mid-summer. Delivery of the first panels for the new HQ3 building is slated to begin in late July 2019. 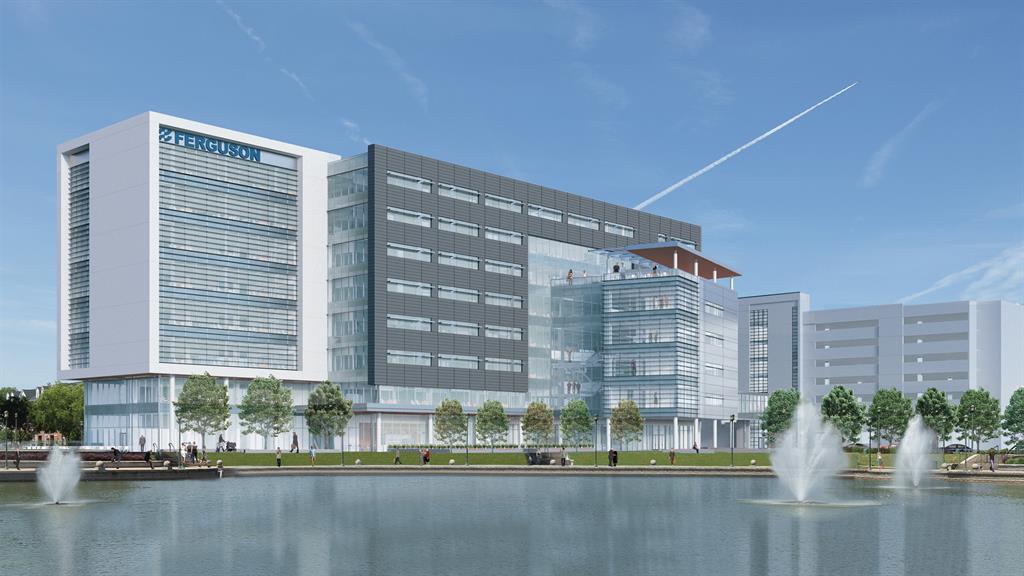 SlenderWall, an Easi-Set Worldwide licensed product, is a unique composite cladding system, 66% lighter than traditional 6" thick precast. This is achieved by integrating a galvanized interior steel stud frame with a 2" thick precast concrete panel. Even with this lighter weight, SlenderWall panels have been tested to withstand 226 mph winds.

Smith-Midland Corporation is a publicly traded company (OTCQX: SMID). Smith-Midland develops, manufactures, and sells a broad array of precast concrete products for use primarily in the construction, transportation, and utilities industries. Smith-Midland Corporation has three manufacturing facilities located in Midland, VA, Reidsville, NC, and Columbia, SC. Easi-Set Worldwide, a wholly-owned subsidiary of Smith-Midland Corporation, licenses the production and sale of Easi-Set products, including SlenderWall, and provides diversification opportunities to the precast industry worldwide. For more information, please call (540) 439-3266 or visit www.smithmidland.com or www.slenderwall.com.

This announcement contains forward-looking statements, which involve risks and uncertainties. The Company's actual results may differ significantly from the results discussed in the forward-looking statements. Factors which might cause such a difference include, but are not limited to, product demand, the impact of competitive products and pricing, capacity and supply constraints or difficulties, general business and economic conditions, the effect of the Company's accounting policies and other risks detailed in the Company's Annual Report on Form 10-K and other filings with the Securities and Exchange Commission.