The proposed holes (Figures 1 through 6) will test a strong IP anomaly (see press release dated January 8, 2019 at http://timberlineresources.co/press-releases/) identified by the survey which was completed by Zonge Geophysics. Multiple additional targets have been defined through integrated interpretation of surface and drill-hole geology, re-processed magnetic and gravity data, and the IP survey results. These targets represent follow-up discovery opportunities which are fully permitted and drill-ready.

Steven Osterberg, Timberline's President and CEO commented, ''We consider Elder Creek to be a rare opportunity to discover a very large polymetallic porphyry system in Nevada, one of the world's premier mining jurisdictions. The target is particularly compelling being located within the metallogenically well-endowed copper and gold-producing Battle Mountain mining district where immediately infrastructure is excellent. Phase 2 drilling will begin in Q2 and will test the heart of the IP anomaly.'' 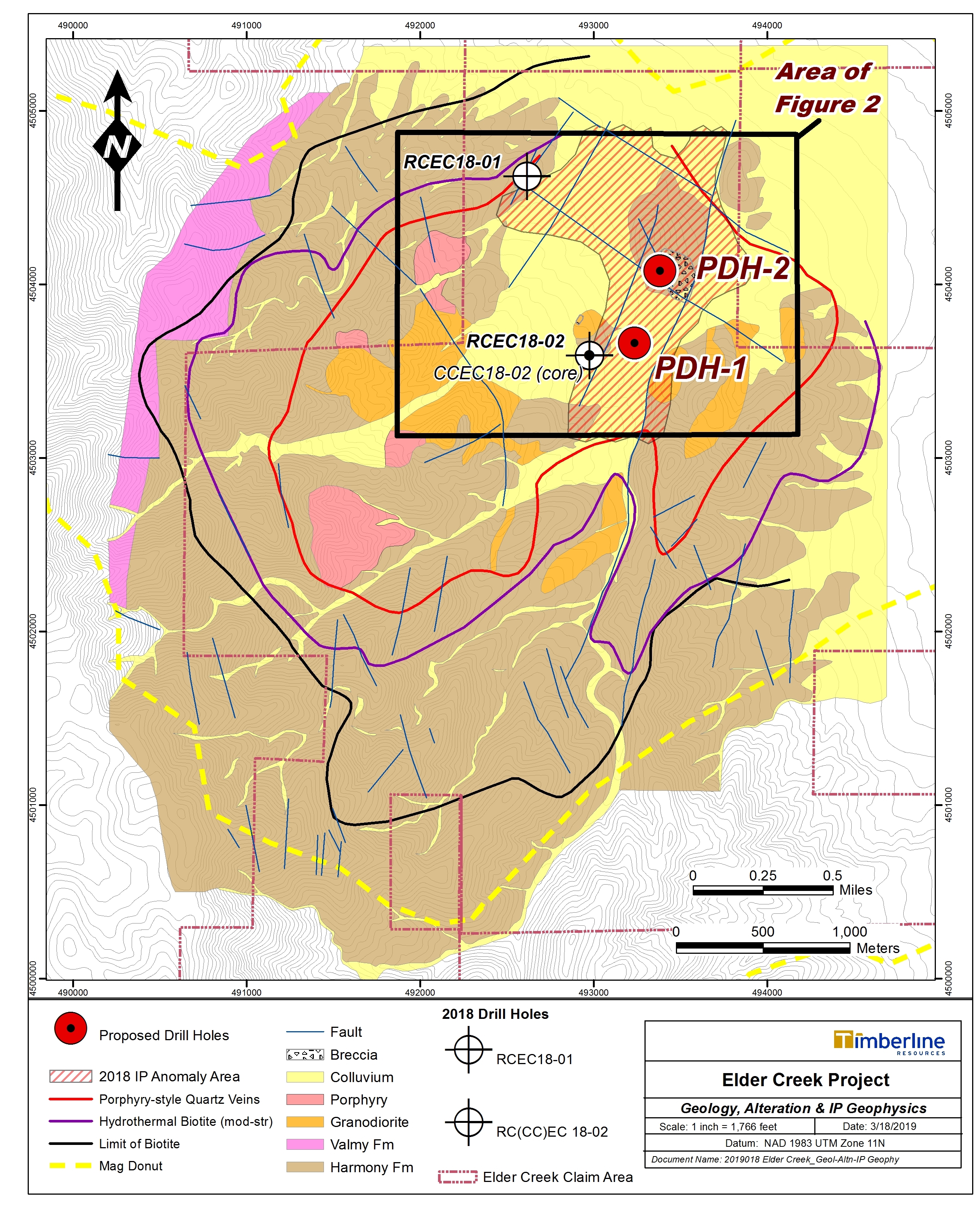 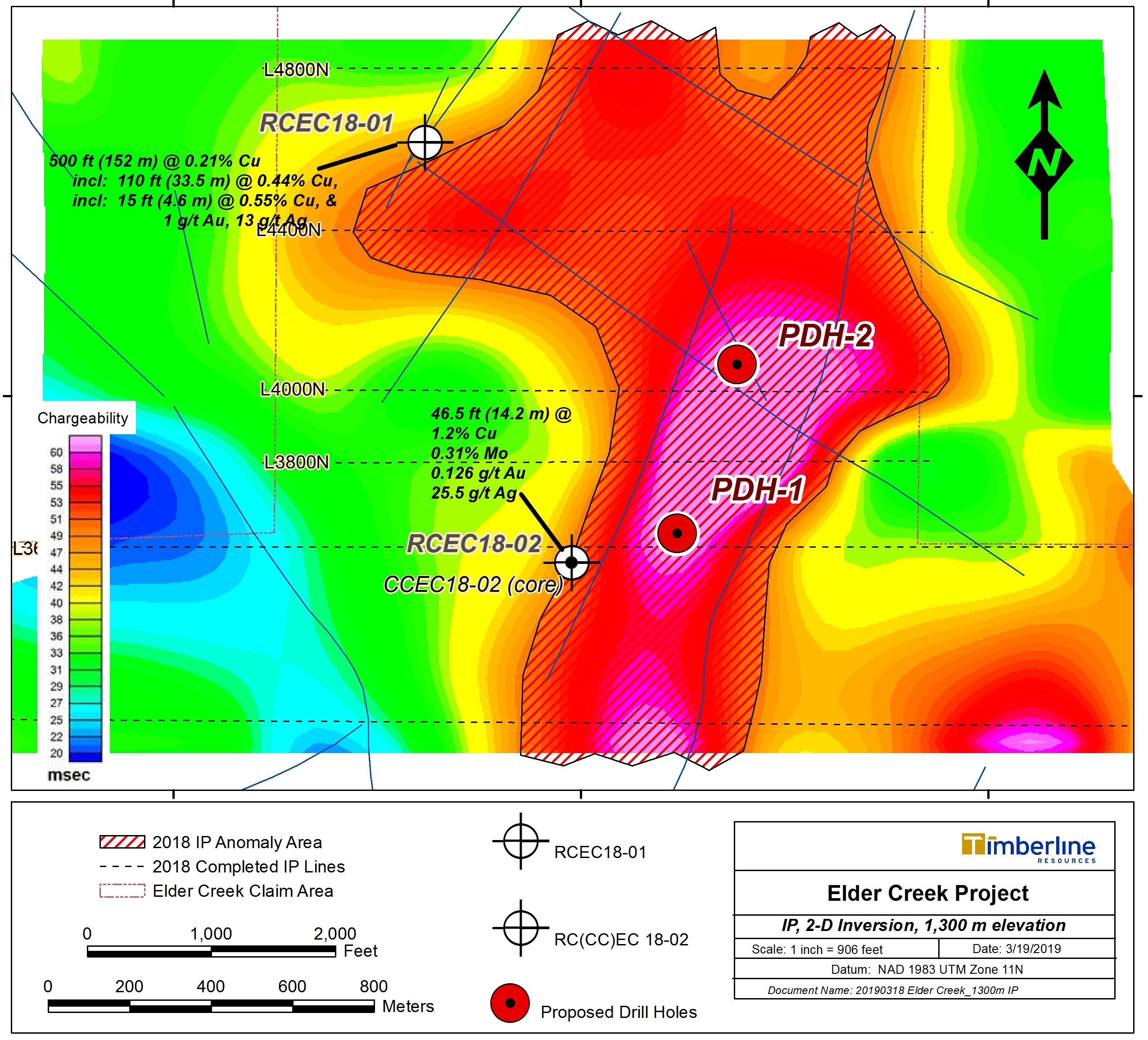 The initial two proposed holes will test the strong IP anomaly, with locations of the remaining holes contingent upon results.

The Company expects to resume drilling in Q2/2019. Drill sites are fully permitted with the US Bureau of Land Management (BLM). 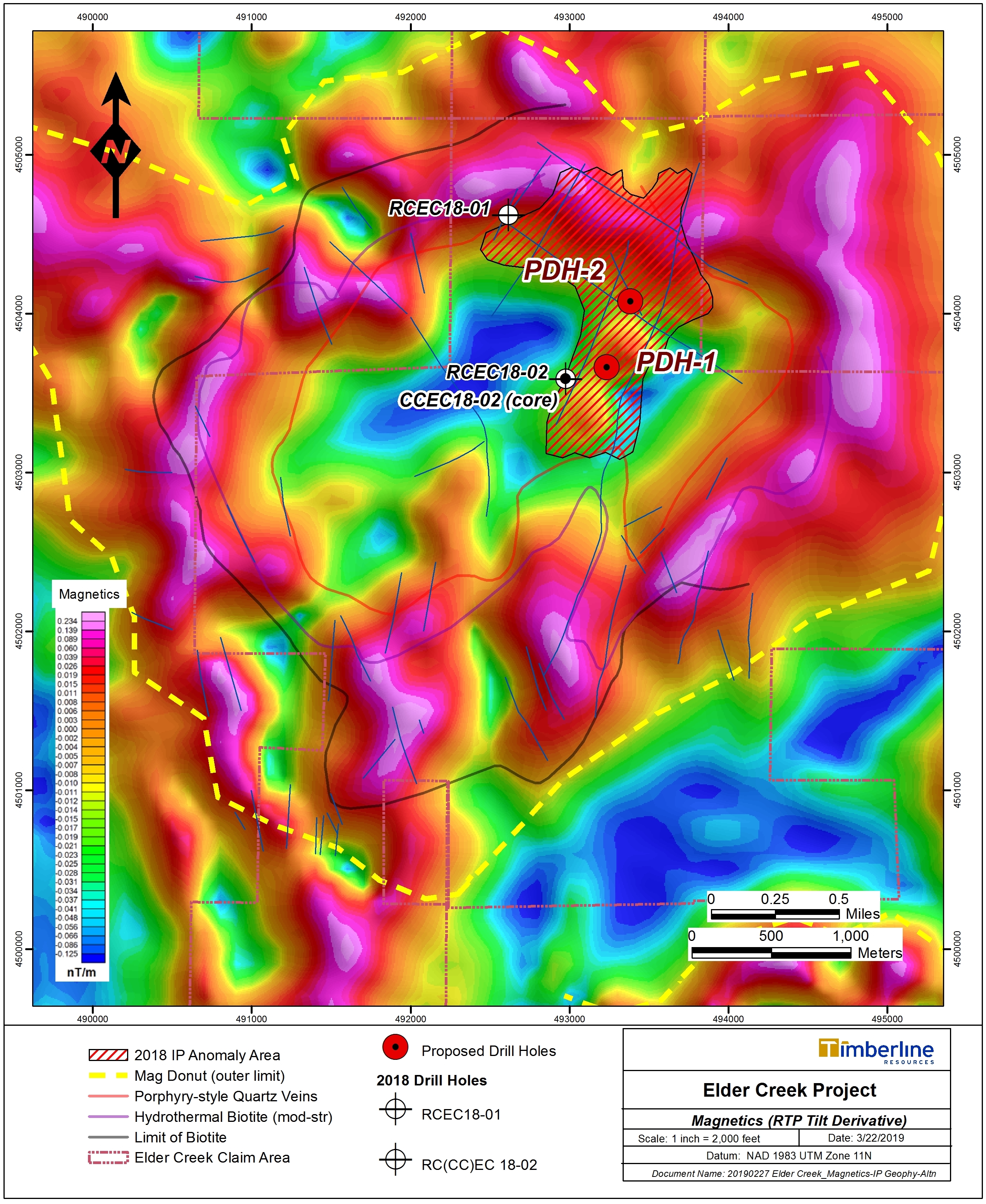 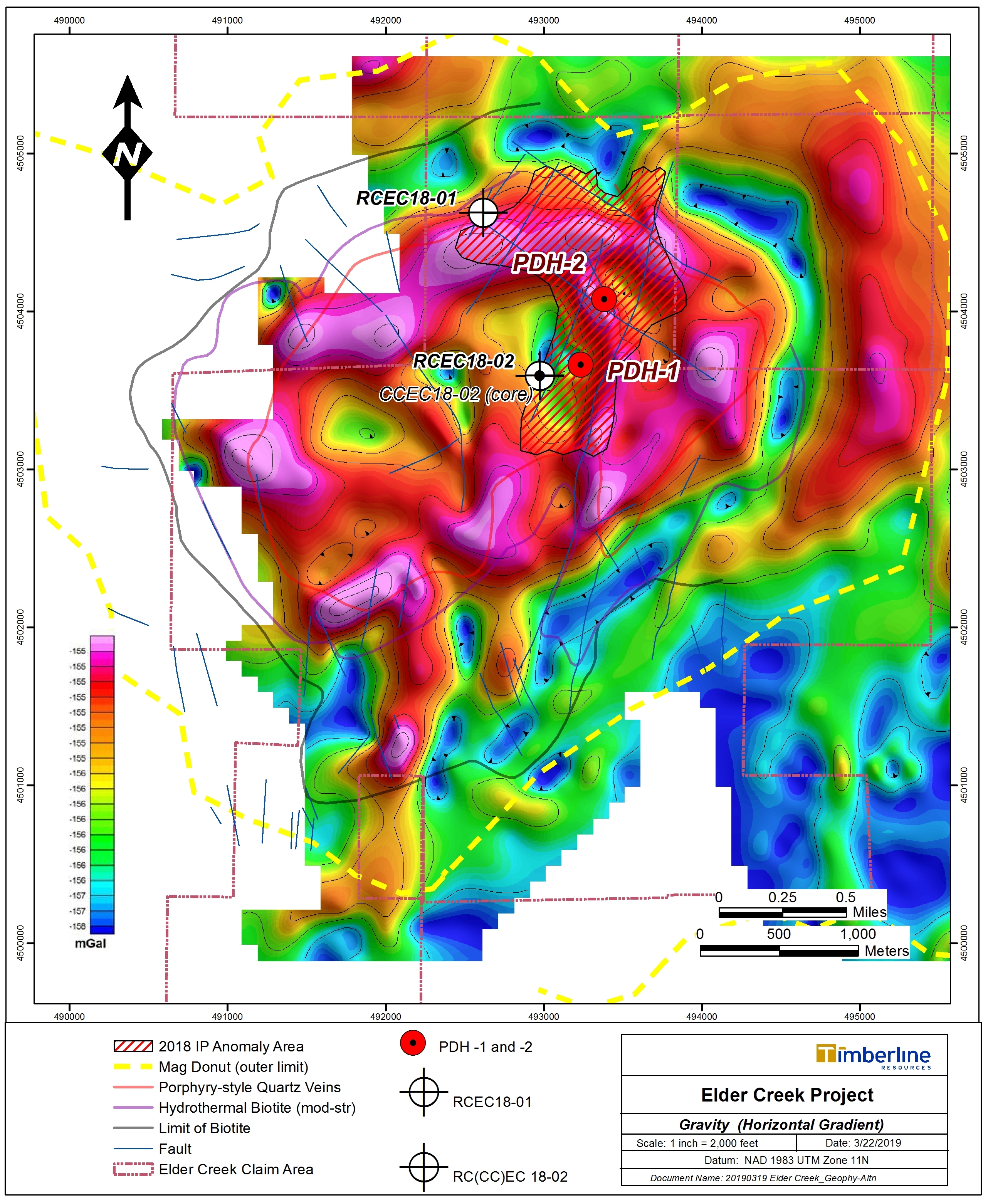 Steven Osterberg, Ph.D., P.G., Timberline's President and Chief Executive Officer, is a Qualified Person as defined by National Instrument 43-101 and has reviewed and approved the technical contents of this release. Mr. Osterberg is not considered independent of the Company as defined in Section 1.5 of NI 43-101. Drill intercepts are reported as drill thicknesses; true widths of intercepts are unknown.

Timberline Resources Corporation is focused on advancing district-scale gold exploration and development projects in Nevada. These include its 23 square-mile Eureka property, comprising the Lookout Mountain, Windfall, and Oswego projects which lie along three separate structural stratigraphic trends defined by distinct geochemical gold anomalies, as well as being operator of both the Paiute joint venture project with a subsidiary of Barrick Gold, and the Elder Creek joint venture with McEwen Mining. All of these properties lie on the prolific Battle Mountain-Eureka gold trend. Timberline also owns the Seven Troughs property in Northern Nevada, which is one of the state's highest-grade former gold producers. Timberline has increased its owned and controlled mineral rights in Nevada to over 43 square miles (27,500 acres). Detailed maps and NI 43-101 estimated resource information for the Eureka property, and NI 43-101 Technical Reports for the Elder Creek and Paiute Projects may be viewed at http://timberlineresources.co/.

Steven Osterberg, Ph.D., P.G., Timberline's President and Chief Executive Officer, is a Qualified Person as defined by National Instrument 43-101 and has reviewed and approved the technical contents of this release.