NEW YORK, NY / ACCESSWIRE / March 21, 2019 / According to official reports that the Super EOS Community held a market launch meeting in Hong Kong, and more than 300 market leaders gathered at the scene to listen to the sharing of it! 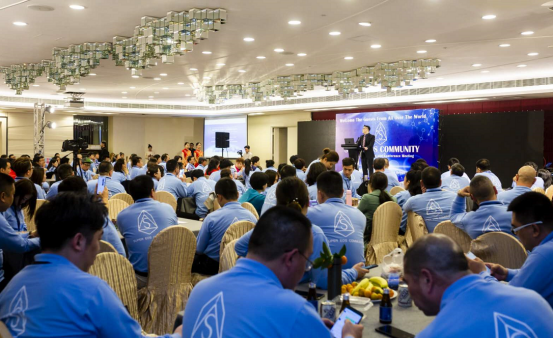 The attendees are included,

At the conference site, they shared the strategic plans of the three major periods of the Super EOS Community and the specific development direction in 2019! Paulo Trezentos, head of the Super EOS Community Foundation, shared the foundation's mission, investment direction, development planning and shareholder setup, they will reward the foundation's shares to outstanding market leaders, and important members of the board will also be selected from the market!

Mr. Gaurang Torvekar, the Vice President of Global Marketing for Super EOS Community, shared the development strategy under the global opportunity of the blockchain. The platform will take this opportunity to develop the SEOS ecosystem at the fastest speed and unite with more institutions and platforms to create a world-class blockchain platform, and SEOS will be the only token for the entire ecosystem!

Mr. Andy often communicate together with Mr. Edward and BLOCK ONE executives! He proposed that people who do big things should accumulate, and it took the super community one year to accumulate experience. The community did not march aggressively because of market problems, but adopted a gradual and progressive approach; therefore, in the steady march, we ushered the flourish in 2019. The super community has spent the whole year in 2018, and 2019 is the rapid development year of the super community. This year, it will exceed 1 million members! He pointed out that in 2018, the basic layout was completed based on the facts. In 2019, the community will be people-oriented, and complete the transition from human governance to the rule of law; manage platform according to the regulations to reward core members.

He pointed out that the super community is a career, it is different from other projects, and he can earn a lifetime of wealth in three years! He proposed that the first phase of the Super EOS Community can earn two incomes, one for EOS and the other for SEOS!

At the same time, he proposed that the Super EOS Community has established a foothold in China, South Korea, Singapore, Malaysia, Thailand, Taiwan and Vietnam, and will also open roadshows in various countries!

The goal of the super community is to establish more than 5,000 independent communities around the world in 2019, and making each sub-group stronger and bigger!

Finally, he said that the super community will continue to work with EOS. 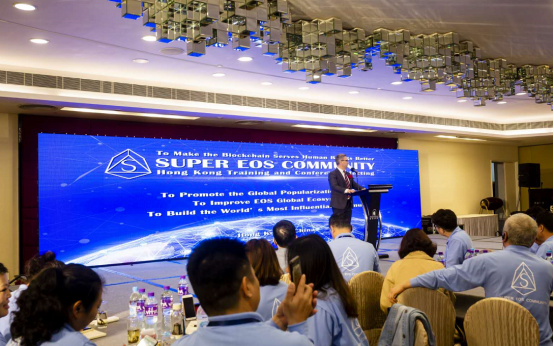 The first goal: 2019 is the booming year of global market, the establish of SEOS value system will benefit everyone.

The second goal: In 2019, there will be a wave of Super EOS Community publicize blockchain in the sub-community groups.

The third goal: Operation turnover of Super EOS Community will exceed 300 million in 2019.

The fourth goal: The price of SEOS will exceed 20 times in 2019! These four goals will be supported by the EOS operations team and will be achieved together! He appealed to all market partners to increase loyalty and confidence and work together!

Mr. Ted Edward pointed out that SEOS is an open, fair and free platform that will be connected to high-quality institutions in various countries! A large platform should gather not only investors, but also operators; not only EOS supporters, but also technical elites; not only operators, but also entrepreneurs.

Providing an outstanding breakthrough for the outbreak of 2019!

He proposed the vision of Super EOS Community.

As we all know, the Super EOS Community held a press conference in the Asia Pacific region on January 12, 2019! Currently, they are developing in more than 120 countries around the world!