TenderHut Named The Fastest Growing IT Service Company in Europe According to Financial Times.

TenderHut Named The Fastest Growing IT Service Company in Europe According to Financial Times.

BIALYSTOK, POLAND / ACCESSWIRE / March 19, 2019 / For the second consecutive year, TenderHut is proud to be among the leading Polish companies selected for the Financial Times 1000 List of Europe's Fastest Growing Companies. The company climbed 224 positions relative to its prior year's performance to take the title of the highest ranked Polish company, reaching the 23rd position on the FT 1000 list, and the highest ranking IT company on the list. 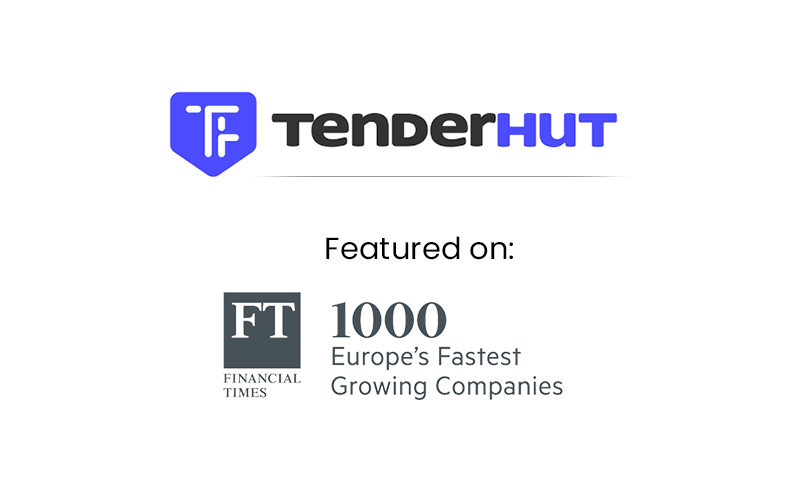 The prestigious FT 1000 list features companies from across 32 European countries that have delivered the highest revenue growth rates between 2014 and 2017. During that time period, TenderHut recorded a 206.6% compound annual growth rate, reflecting the company's rapid pace of expansion, both in terms of revenues and geographical footprint. The high ranking also coincides with revenue growth of 2782.0% over the same time period.

The competitive IT industry in Poland is valued at approximately $11.2 billion annually as of 2018 and is currently undergoing a wave of consolidations. Part of TenderHut's momentum within the IT services industry can be attributed to the company's ongoing strategy of growth, acquiring six companies in Poland in recent years, with the company eyeing several more mergers with global brands.

The latest acknowledgement of TenderHut's track record success in the FT 1000 List represents just one more step forward for the company as it explores the possibility of an initial public offering on one of the major European stock exchanges in the near future.

The company's growth successes are also evidenced by its inclusion in the Deloitte Technology Fast 50 Central Europe for 2016 and 2018 and the Deloitte Fast 500 EMEA for 2016 and 2017, a point highlighted by Robert Strzelecki who serves as President of the TenderHut Group Management Board.

According to Strzelecki, "Our growth rate shows that our development strategy is the right one. We have bold expansionary plans to develop dynamically and we are constantly exploring new markets for expansion, notably G20 countries and especially those located in the Far East."