CUBIQ FOODS is a startup in Barcelona, Spain, founded by the entrepreneurs Dr. Raquel Revilla and Andrés Montefeltro. The company uses cell culture to respond to the growing demand for healthy ingredients in the food sector. It follows a sustainable and scalable process with a low environmental impact that also bypasses any animal welfare concerns.

CUBIQ will develop cell-based fat of animal origin to enhance the flavour of food, to enrich it with essential fatty acids (omega-3) and to help reduce the use of other fats harmful to health, such as trans fats and palm oil.

CELL AGRICULTURE AND THE MEDICINE CONNECTION

The production of food from cell culture, or "cell agriculture", has been developed from technologies used in medicine. CUBIQ FOODS will produce cultivated fat enriched in omega-3 from cell culture following a natural and controlled process, in new facilities with the capacity for industrial scaling.

CUBIQ FOODS has a unique proprietary system which allows it to produce designer-grown fat enriched by the healthiest omega-3 (DHA + EPA) to generate a high-quality, healthy, sustainable and natural-tasting food ingredient that is free of toxins, with a low environmental impact and no animal abuse.

OMEGA-3 IN THE MARKETPLACE

The demand for omega-3 has grown steadily to 13.8 percent annually during the last five years, led by the consumption of nutritional supplements. It is expected to reach a global market volume of more than EUR 20,000M (USD 22,000M) in 2022 (Markets and Markets, omega-3 Market Research, 2018). However, fish oil, which is the main source of omega-3 (DHA + EPA), alters the flavor of food and limits its use in the food industry. CUBIQ FOODS ingredients will provide a diverse alternative.

Co-founder and CUBIQ FOODS CEO, Andrés Montefeltro says: ''We know that 1-3 per cent will provide the minimum omega-3 level you need to support health. However, 5-10 per cent will change or improve the flavor of food and provide an alternative to the current vegetable oil bases.''

CUBIQ FOODS expects to reach sales of 26 million euros in 2022.

PHASE 1: Moira invests EUR 5m in 2019 to enable the construction of an R & D laboratory and a pilot plant with the capacity to produce up to 5.6 tons per year.

PHASE 2: In 2021 with an additional Moira investment of EUR 7m the capacity of the plant will be increased to 700 tons per year.

PHASE 3: The continued expansion includes the opening of new production plants from resources generated by CUBIQ FOODS themselves.

After its investment in insect protein (Bioflytech), this new commitment to healthy fats sees Moira extend its search for alternative solutions to the current forecasts (FAO reports) of worldwide food shortages. Javier Loizaga, Chairman of Moira Capital Partners, says: &''This programme represents a unique opportunity for Moira to participate in the growth of this start-up, with the support of a Scientific and Technical Advisory Board of renowned figures from the scientific community.'' 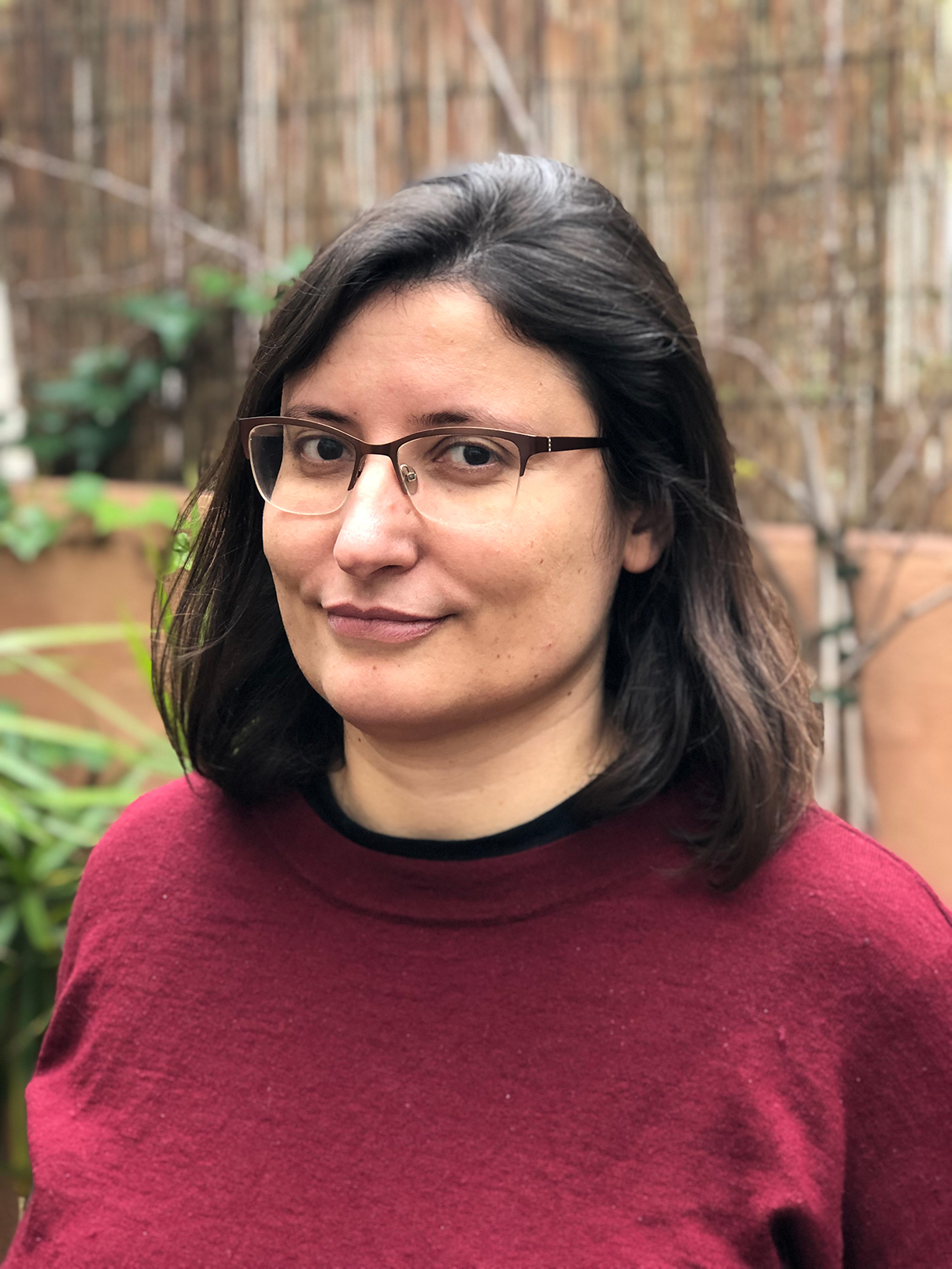 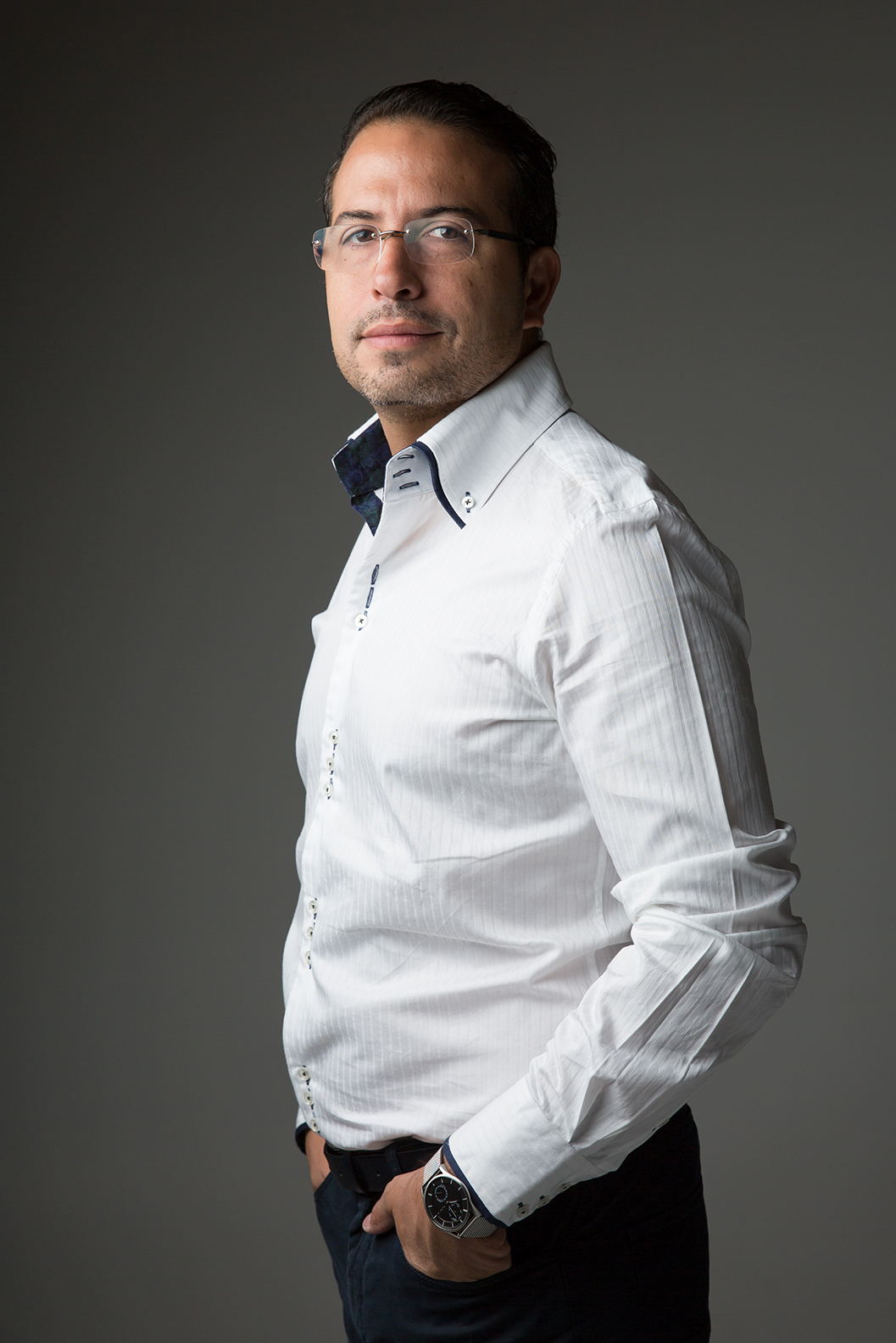 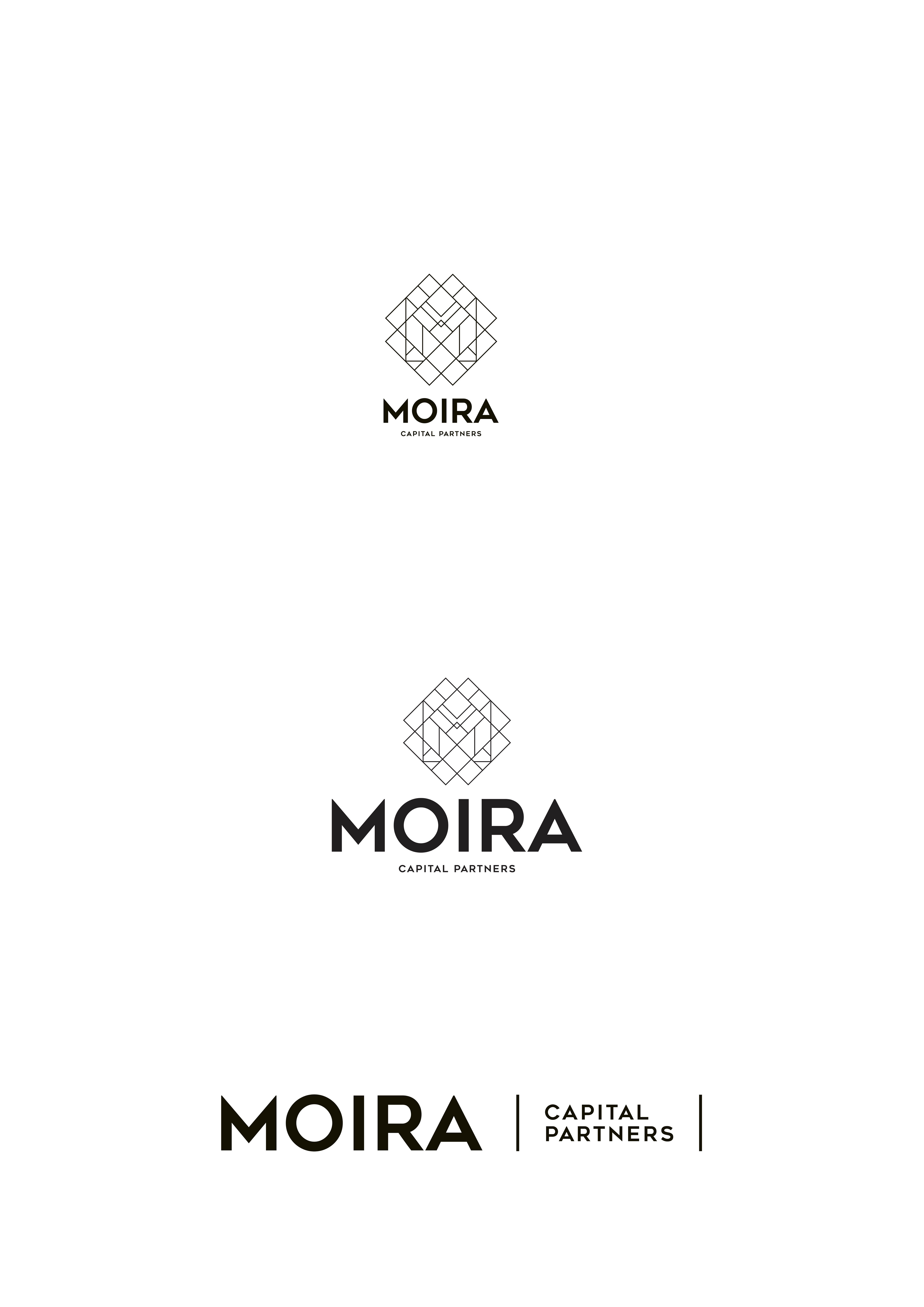 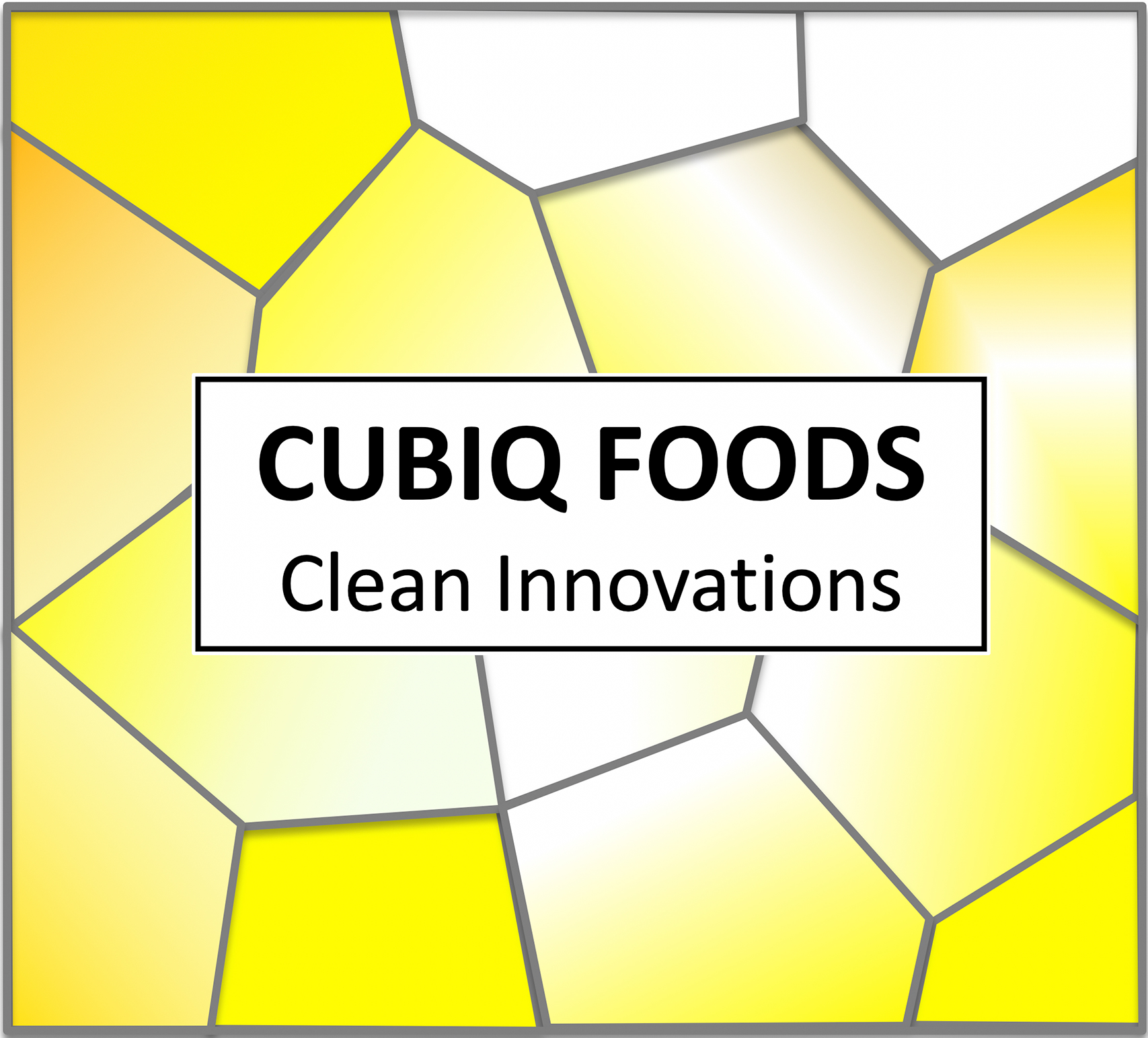 CUBIQ FOODS is a startup based in Spain, founded by the entrepreneurs Dr. Raquel Revilla and Andrés Montefeltro. The company uses cell culture to respond to the growing demand for healthy ingredients in the food sector. CUBIQ will develop cell-based fat of animal origin to enhance the flavor of food, to enrich it with essential fatty acids (omega-3) and to help reduce the use of other fats harmful to health, such as trans fats and palm oil. Details of the upcoming Scientific and Technical Advisory Board appointments within the scientific community will follow. CUBIQ FOODS expects to reach sales of 26 million euros in 2022 with a team of 30 people.

''We know that 1-3 per cent (by 100g of product) will provide the minimum omega-3 level (250 mg/day) you need to support health according to EFSA (European Food Safety Authority). However, 5-10 per cent will change or improve the flavour of food and provide an alternative to the current vegetable oil bases (internal CUBIQ FOODS studies).''

Andrés Montefeltro holds a B.D. in Biotechnology from the Rosario University in Argentina and a PDD-2004 from IESE Business School (Spain). As a 'serial entrepreneur', he is passionate about tech projects that impact positively on human health and a sustainable world. Andrés has led start-ups and early-stage tech companies for over two decades. As Senior Vice President, Research Head and Founder at nLife Therapeutics, he was involved in the development of oligonucleotides as therapeutic agents, including research on the application of oligonucleotides for neurodegenerative diseases and psychiatric disorders. Between 2009 and 2016 he raised €14m from private and public Spanish funds and the PD received USD 350k from MJFF.

Raquel Revilla holds a PhD in Cell Biology from the University of León, Spain (2001). She completed a post-doctorate specialization at the University College of London (UK) in Molecular and Cellular Biology where she received the Wellcome Trust Foundation award for her research. After that, she worked as an associate researcher in the Neuroscience Department at the University of Pennsylvania and the Tufts Medical Research Center in Boston (USA). In 2012 she moved back to Spain as Biology Director for nLife Therapeutics, a company focused on the development of new therapies for neurodegenerative diseases based on oligonucleotides. She holds multiple patents in the neuroscience and oligonucleotide fields.

About the 'clean food sector'

Clean meat is created by growing meat outside of an animal from a small cell sample, eliminating the need for factory farming and slaughter. The result is 100 percent real meat, but without the antibiotic residues and bacterial contamination that come standard in conventional meat production. The process is efficient, reducing land and water costs and slashing greenhouse gas emissions. Companies in the U.S. and Europe are already producing clean hamburgers, steak bites and pork sausage, plus clean milk and egg products.

Nielsen data commissioned by GFI shows retail sales of plant-based foods that directly replace animal products have grown 17 percent in the past year to over USD 3.7 billion. Plant-based meat sales are up 23 percent.

Moira Capital Partners SGEIC is the first private equity boutique in Spain specialized in high return direct investments, for private and institutional investors. The firm leads investments of up to 100 million euros of capital, under a differential approach with respect to traditional venture capital, which allows access to unique and exclusive investment opportunities.

The partners of Moira Capital Partners have more than 35 years of experience in the Iberian and Latin American private equity market, in a total of more than 100 transactions. The management team of Moira has invested more than 2,000 million euros in equity during its career, and more than 1,500 million in debt.

The investment in Cubiq Foods is Moira's sixth operation since its incorporation in 2017, after investments in the Nice Fruits Group, the Pedro Jaén Group, Grit, Bioflytech and Euroespes.

Javier Loizaga is one of the most respected investment executives in Spain, with twenty-five years plus experience in private equity, most of them leading the private equity firm Mercapital. He has also held positions in EVCA (European Venture Capital Association), becoming Chairman in 2006-2007. Before this, he was President of the Spanish Association of Venture Capital (ASCRI) in 1995. Javier has led teams and developed businesses across Europe, Latam and Asia, and he has been based in Paris, Madrid, São Paulo and Sydney