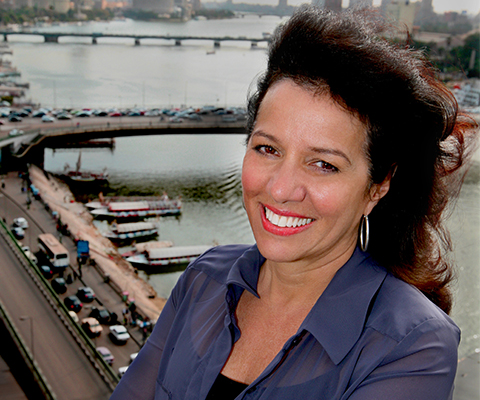 Fran is a veteran television executive and content creator who has launched and managed large and complex projects, networks, and award-winning shows in Spanish, English, and Arabic.

Fran works extensively in the US Hispanic and Latin American markets. She has worked for the Telemundo Network creating and launching signature programming, including the Blockbuster mega-hit "Ocurrio Asi.'' She launched MGM Latin America's Casa Club TV, creating and producing their original series. As Director of Programming, she launched the first Spanish language 24-hour news network for both the US Hispanic and Latin American Markets. Mires produced a complex talent competition series for Estefan Television Productions and Telemundo Network.

"We couldn't be more excited to welcome Fran to our creative division who will help us implement new initiatives in the U.S Hispanic and Latin American Markets," said Driss Sekkat, Senior Vice President of Creative Development and International Productions. "Fran's decades of experience in the industry will be invaluable to BMG as we continue to develop original content around the world.''

"BMG has been expanding its services to support its international clients, Fran will make a great addition to the team," said Todd Mason, Chief Executive Officer Broadcast Management Group.