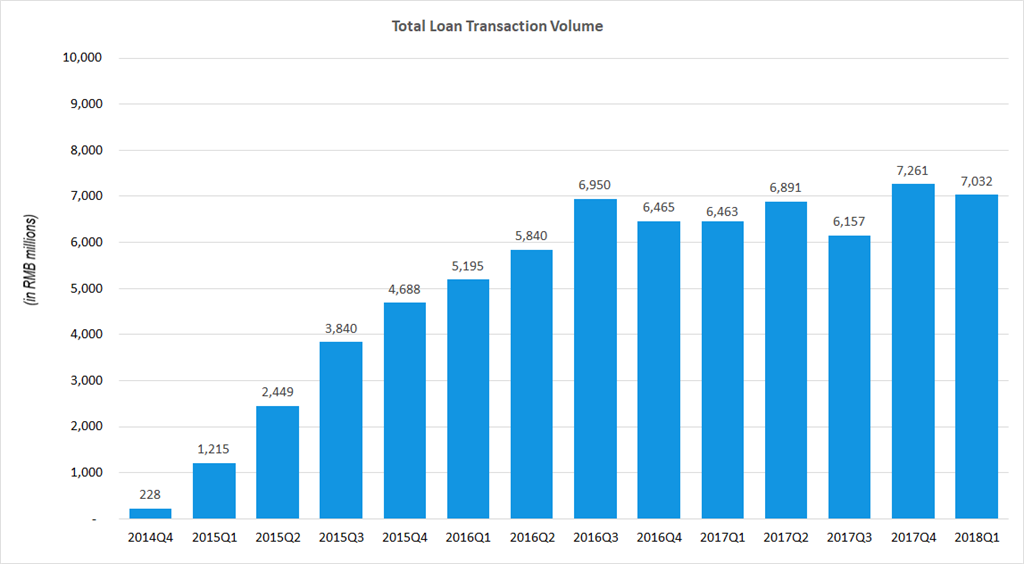 Fincera issues interest-free revolving credit lines to small and medium-sized businesses ("SMBs") to fund their short-term working capital needs. The credit lines have a 30-day billing cycle. Outstanding balances after the bill due date are considered delinquent and subject to certain penalties. Fincera collaborates with cooperative borrowers in delinquency to help them bring their accounts into good standing.

Similar to credit cards, Fincera's credit lines contain no fees for borrowers as long as any outstanding balances are paid in full each month. Fincera generates revenue primarily by charging transaction fees, which are currently approximately 2.4%. Merchants may use funds received from transactions to make payments to other users or merchants, or to cash out the funds via transfer to a bank account. Credit line users are subject to an application and credit approval process and are required to provide us with guarantees and collateral. For certain payments, such as driver salary payments, a fee is charged to the borrower as the merchant in these scenarios typically will not accept paying a fee for such a transaction.

In the first quarter of 2018, Fincera facilitated RMB3.8 billion (US$0.6 billion) in 30-day lines of credit transactions.

Currently, Fincera's 180-day term loans accrue interest at 4.25% (or 8.62% on an annualized basis). Fincera charges a facilitation fee between 2%-5% depending on the type of the loan. The fee portion is collected by the Company while the investor holding the loan at maturity receives the interest payment. In addition, the borrower remits 5%-8% of the principal loan balance to the Company as a security deposit that is refunded to the borrower upon timely repayment of principal and interest. Payment of principal and interest is due in a lump sum at the maturity date at the end of the 180-day term. Outstanding balances after the maturity date are considered delinquent. In the event of delinquency, the Company will keep the security deposit as a one-time penalty fee and may assess additional penalties. Fincera collaborates with cooperative borrowers in delinquency to help them bring their accounts into good standing.

Fincera offers installment loans primarily to fund purchases of trucks and consumer discretionary goods and services in December 2016, with the borrowed purchase funds being transferred directly to the merchant via Fincera's payment network. Based on the term of the loan and the type of purchase, Fincera charges a merchant fee of between 6.9%-8.6% on the transaction and requires some borrowers to provide collateral to partially secure their obligations. Terms of these installment loans may vary between three and 24 months; however, the majority of the installment loans carry a term of 12 months.

In the first quarter of 2018, Fincera facilitated RMB1.3 billion (US$0.2 billion) in installment loans.

Fincera is pleased to announce that it has made progress with certain corporate initiatives, including:

Mr. Jason Wang, CFO of Fincera, stated, "We were pleased to begin 2018 on a strong note, achieving 8.8% in year-over-year loan transaction volume growth across all loan types for a total of RMB7.0 billion in the first quarter of the year. As we mentioned in our year-end 2017 earnings report, the Company made several changes to its products and services in the second half of 2017 to maintain compliance with government regulations that recently went into effect in China. We have continued to see strong demand for our products, returned to profitability on lower operating costs and expenses, enhanced our sales platform with data-driven mobile app solutions, and reduced our financial exposure by selling underperforming loans to third parties."

This release contains approximate translations of certain RMB amounts into US$ for convenience. Unless otherwise noted, all translations from RMB to US$ are made at a rate of USD1.00 = RMB6.2881 on March 30, 2018, representing the certificated exchange rate published by the People's Bank of China's Monetary Policy Division. No representation is intended to imply that the RMB amounts could have been, or could be, converted, realized or settled into US$ at such rate, or at any other rate.

Income (Revenues)
The table below sets forth certain line items from the Company's Consolidated Statement of Income as a percentage of income:

At March 31, 2018, Fincera's cash and cash equivalents (not including restricted cash) were RMB1.2 billion, compared to RMB1.1 billion at December 31, 2017. Total liabilities were RMB6.0 billion and stockholders' equity was RMB182.3 million, compared to RMB6.9 billion and negative RMB119.6 million, respectively, at March 31, 2018 and December 31, 2017. The increase in stockholders' equity was primarily a result of a transaction into which the Company entered to exchange debt for equity during the quarter. During the first quarter of 2018, the Company issued RMB188.6 million (US$30.0 million) in shares to Mr. Yong Hui Li, its Chairman and CEO, as repayment of certain debts. The repayment consisted of an RMB22.0 million (US$3.5 million) partial repayment of a loan Mr. Li had previously provided to the Company in March 2017 and payment of RMB166.6 million (US$26.5 million) still owed to Mr. Li from the US$2.00 per share dividend the Company declared in June 2017. The resulting issuance of 1.32 million shares was calculated using the trailing 90 trading day average price of US$22.71 per share.

Founded in 2005, Fincera Inc. (OTCQB: YUANF) provides innovative web-based financing and ecommerce services for small and medium-sized businesses and individuals in China. The Company also operates a network of branch offices in 31 provinces, municipalities, and autonomous regions across China. Fincera's primary service offerings include a credit advance/online payment-processing network and a web-based small business lending platform. The Company's website is http://www.fincera.net. Fincera trades on the OTCQB venture stage marketplace for early stage and developing U.S. and international companies. OTCQB companies are current in their reporting and undergo an annual verification and management certification process.

The information set forth herein should be read in light of such risks. The Company does not assume any obligation to update the information, including forward looking statements, contained in this press release.


(1) All per share amounts and shares outstanding for all periods have been retroactively restated to reflect Fincera’s 2-for-1 stock split, which was effective on November 1, 2017.


(1)All per share amounts and shares outstanding for all periods have been retroactively restated to reflect Fincera’s 2-for-1 stock split, which was effective on November 1, 2017.